WASHINGTON (CNS) — The U.S. Department of Health and Human Services has published a proposed rule to rescind the Trump administration’s enforcement of a Title X provision that “draws a bright line between abortion and family planning,” as the U.S. bishops’ pro-life committee chairman has described it.

Section 1008 of the law states that “none of the funds appropriated under this title shall be used in programs where abortion is a method of family planning.”

In February 2019, the Trump administration implemented the “Protect Life Rule” enforcing Title X’s ban on taxpayer funds from being used to promote or provide abortion as family planning. The 9th U.S. Circuit Court of Appeals upheld the rule Feb 24, 2020. 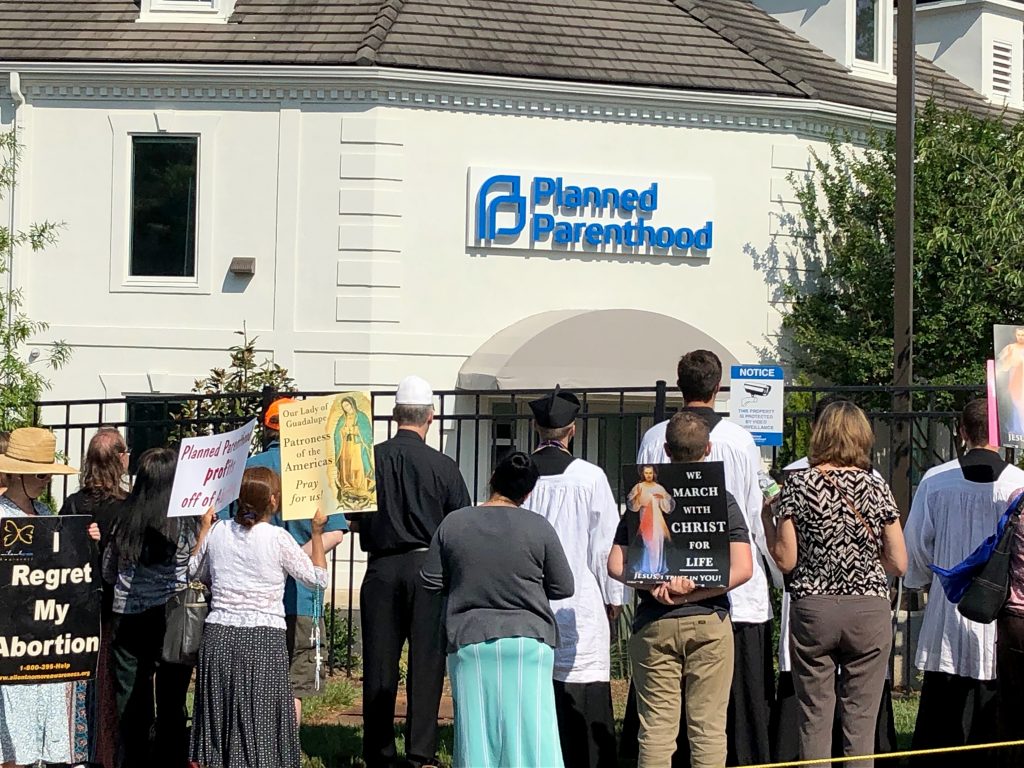 The Biden administration’s proposed rule to rescind this “is terrible policy,” said Archbishop Joseph F. Naumann of Kansas City, Kansas, chairman of the U.S. Conference of Catholic Bishops’ Committee on Pro-Life Activities. “It would reintegrate abortion into what is supposed to be a pre-pregnancy family planning program.”

“In spite of explicit prohibitions in federal law and clear congressional intent that abortion may not be a part of this program, it has repeatedly been coopted by abortion supporters as a funding stream for organizations, programs and facilities that directly promote and provide abortions,” the archbishop said in an April 16 statement.

“While the USCCB has always had strong objections to government promotion and funding of contraceptives, we have also long supported clear financial and physical separation between Title X-funded projects and programs and facilities where abortion is a method of family planning,” Archbishop Naumann said.

“I strongly urge the Biden administration to suspend this proposed rule and leave the Title X program as it was intended and authorized to be — a program entirely separate from abortion,” he added.

On Jan. 28, Biden announced he would rescind the Trump-era rule. He stated this in his “Presidential Memorandum to Protect and Expand Access to Comprehensive Reproductive Health Care,” which also included his actions to rescind the “Mexico City policy,” which blocked U.S. funding for nongovernmental organizations that perform or actively promote abortion as a form of family planning in other nations.

“The act specifies that Title X funds may not be used in programs where abortion is a method of family planning, but places no further abortion-related restrictions on recipients of Title X funds,” Biden said in his memorandum.

In a statement Jan. 29 reacting to Biden’s memorandum, Archbishop Naumann said with enforcement of the “Protect Life Rule,” Title X “draws a bright line between abortion and family planning.”

“In addition to the program explicitly prohibiting taxpayer funding for abortion, its authors further emphasized this intent by stating that ‘the funds authorized under this legislation (shall) be used only to support preventive family planning services, population research, infertility services, and other related medical, informational and educational activities,’” the archbishop said.