A couple days ahead of the vote, the chairmen of five U.S. bishops’ committees said its mandates will “discriminate against people of faith” by adversely affecting charities and their beneficiaries, conscience rights, women’s sports “and sex-specific facilities.”

The bill, known as H.R. 5 and recently reintroduced in the House, also will provide for taxpayer funding of abortion and limit freedom of speech, the chairmen said in a Feb. 23 letter to all members of Congress. 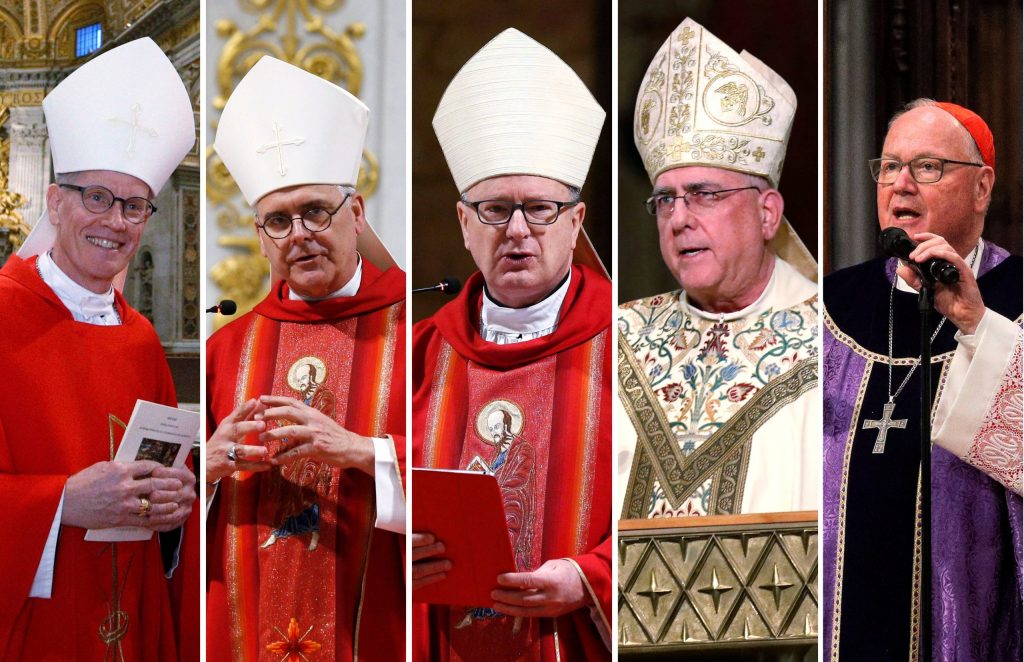 “Human dignity is central to what Catholics believe because every person is made in the image of God and should be treated accordingly, with respect and compassion,” they said. “This commitment is reflected in the church’s charitable service to all people, without regard to race, religion or any other characteristic.”

“It means we need to honor every person’s right to gainful employment free of unjust discrimination or harassment, and to the basic goods that they need to live and thrive,” they continued. “It also means that people of differing beliefs should be respected. In this, we wholeheartedly support nondiscrimination principles to ensure that everyone’s rights are protected.”

H.R. 5 “purports to protect people experiencing same-sex attraction or gender discordance from discrimination. But instead, the bill represents the imposition by Congress of novel and divisive viewpoints regarding ‘gender’ on individuals and organizations,” they said.

“This includes dismissing sexual difference and falsely presenting ‘gender’ as only a social construct,” they said. “As Pope Francis has reflected, however, ‘biological sex and the sociocultural role of sex — gender — can be distinguished but not separated.’”

“It is one thing to be understanding of human weakness and the complexities of life, and another to accept ideologies that attempt to sunder what are inseparable aspects of reality,” the bishops said, further quoting Pope Francis.

“Tragically, this act can also be construed to include an abortion mandate, a violation of precious rights to life and conscience,” the committee chairmen added.

“Rather than affirm human dignity in ways that meaningfully exceed existing practical protections, the Equality Act would discriminate against people of faith,” they said. “It would also inflict numerous legal and social harms on Americans of any faith or none.”

The measure first passed the House May 17, 2019, in a bipartisan 236–173 vote, but the Senate did not act on the bill after receiving it. President Donald Trump had threatened to veto the measure if it ever reached his desk.

A group of faith leaders who support the Equality Act who held a webinar for the media Feb. 24 included Sister Simone Campbell, a Sister of Social Service, who is the outgoing executive director of Network, a Catholic social justice lobby organization.

Network has long supported the measure, she said. “It’s critically important to ensure there is no discrimination in our nation especially with regard to the LGBTQ community.”

In the Catholic faith, all are welcome, she said, “and if all are welcome, all need to be protected. I think the bedrock position of our faith is to welcome and secure safety and the ability to flourish for all.”

Campbell and representatives of other faiths, including Jewish, Muslim and other Christian leaders, said in the webinar that the measure “will not reduce religious liberty,” as protected by the First Amendment and religious exemptions in current law, “but it will reduce religious bigotry.”

However, the U.S. bishops’ committee chairmen said in their Feb. 23 letter that if passed, the Equality Act will “discriminate against individuals and religious organizations based on their different beliefs by partially repealing the bipartisan Religious Freedom Restoration Act, an unprecedented departure from that law and one of America’s founding principles.”

The Religious Freedom Restoration Act, or RFRA, is a 1993 law that protects religions against government intrusion.

Among its other provisions, the bishops said, the measure would expand “the government’s definition of public places into numerous settings, even forcing religiously operated spaces, such as some church halls and equivalent facilities owned by synagogues or mosques, to either host functions that violate their beliefs or close their doors to their broader communities.”

The USCCB on its website posted an “Action Alert” — https://bit.ly/3qVHIkL — asking Catholics to write to their representatives and senators to urge them to vote against the Equality Act.

Some state Catholic conferences have done the same, including the Montana Catholic Conference. In a Feb. 24 “Call to Action,” it said: “Everyone deserves to be treated with respect and dignity. The Equality Act … in many ways does the opposite and needs to be opposed.”

Editor’s Note: The full text of the bishops’ letter to members of Congress can be found online at https://bit.ly/3dEDhXE.