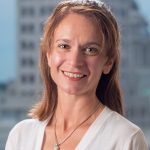 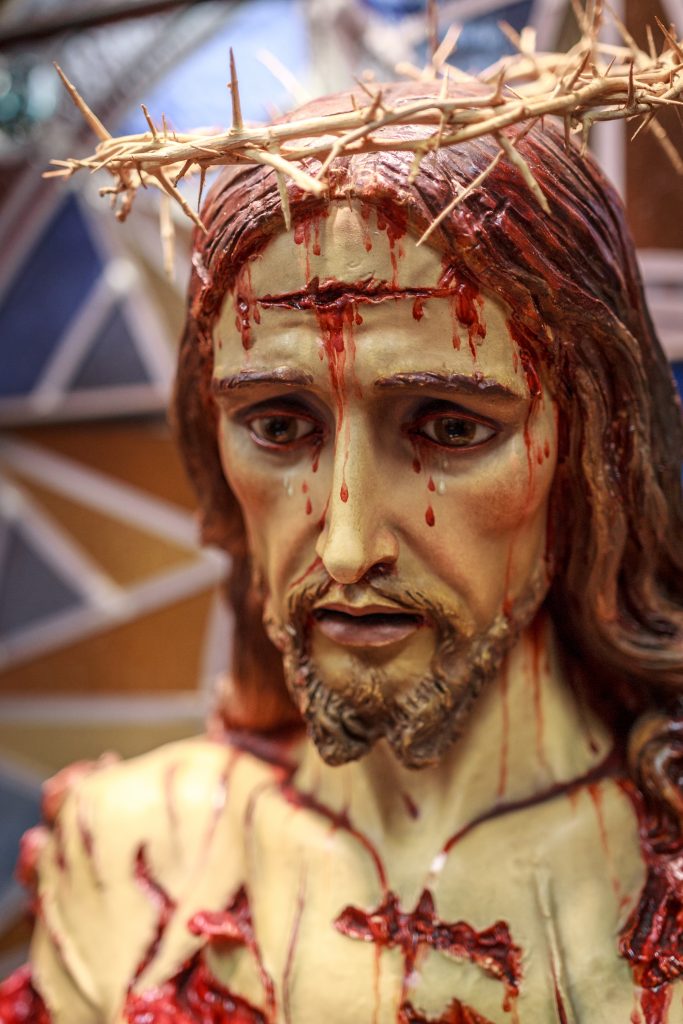 A statue of the scourged Christ is on display at Fort Wayne’s Cathedral Museum, which offers visitors a chance to see the wounds He endured for the salvation of all people in graphic, yet beautiful detail. A visit to see the statue could be the perfect companion to one’s Lenten journey, as all are invited to pause and meditate upon the passion of Jesus Christ during this season.

The plaster statue stands about 5 feet tall and was made in 1932 by the John P. Daleiden Company in Chicago. At one time, there were six “Jesus Scourged” statues on display at various parishes throughout the diocese, as well as at St. Felix Monastery in Huntington. The one on display at the museum came from Fort Wayne’s Cathedral of the Immaculate Conception. It has been at the museum for about 20 years and is one of its prime attractions.

According to the museum director, Father Philip Widmann, “I have heard mothers tell their kids, ‘this is what Jesus suffered for you.’” Father Widmann also said that museum visitors from other Christian faiths seem to be especially drawn to the statue, because they are more accustomed to seeing a plain cross, without the corpus.

The statue’s striking depiction of Christ’s wounds caused it to be removed from public display at the cathedral during the Korean War. In 1951, the diocese received a letter from the Supreme Congregation of the Holy Office that stated, “the statue should not be exposed publicly” and asked for all six statues within the diocese to be removed. Father Widmann said that since violence was all too real at the time, the statue was a sad reminder of loved ones who were losing their lives overseas.

The statue at the cathedral went into storage and was eventually moved back out for display in the cathedral’s crypt. It now rests in the museum. A crown of thorns was added to the head, and a whip now lies on the base. There is a kneeling bench, or “Prie Dieu,” French for “Pray God,” in front of the statue, for anyone to kneel and offer their prayers as they take in what is in front of them. The bench once belonged to Msgr. Charles J. Feltes, a former vicar-general of the diocese, and was made by the Poor Handmaids of Jesus Christ, a religious community whose motherhouse is in Donaldson. Fort Wayne resident Barbara Jackson McGuire donated the bench to the museum.

Father Widmann recently said of the statue, “When you see the body and its wounds, it says a lot more.”

All are welcome to visit the statue at Cathedral Museum, located in the lower level of the Archbishop Noll Catholic Center, 915 S. Clinton St., Fort Wayne. Admission and parking are free. It is open Tuesdays through Fridays from 10 a.m. to 2 p.m. or anytime by appointment. Call 260-422-4611 for more information.