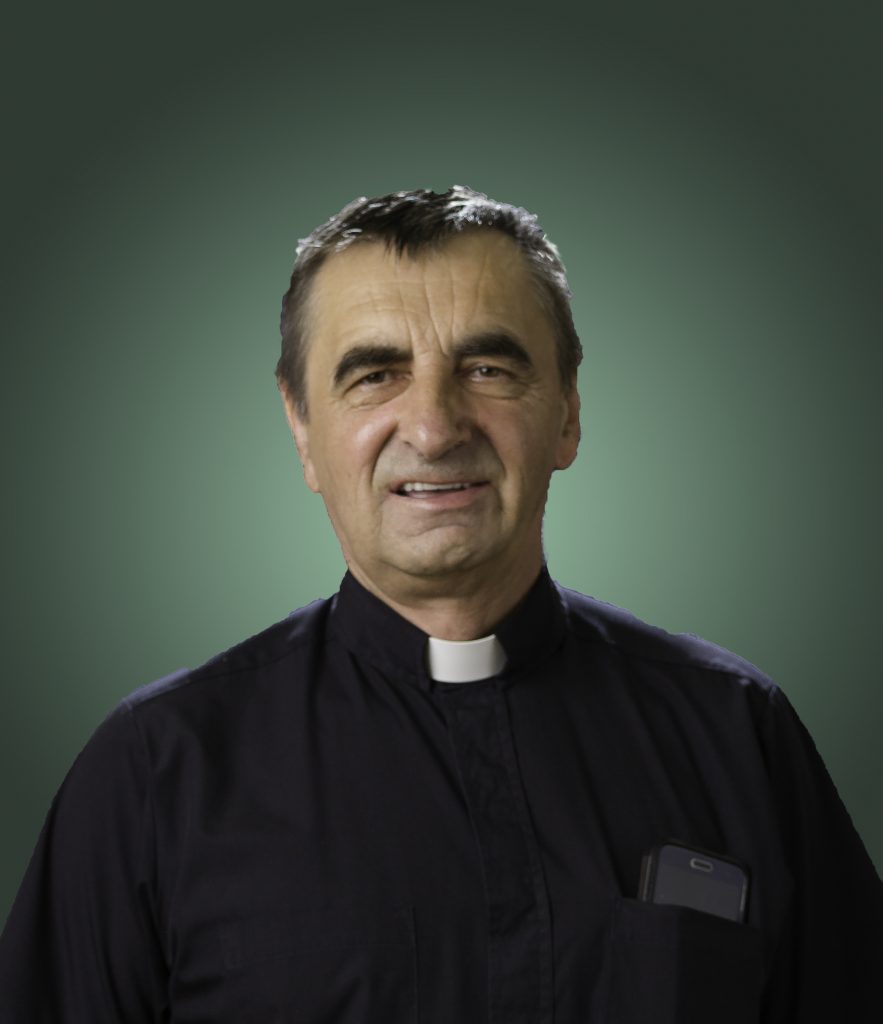 The Catholic community of Holy Family Parish in South Bend suffered the unexpected loss of their priest in residence, Father Jan Klimczyk, on Monday, Aug. 22.

Father Klimczyk, who retired from active ministry in 2015, served in many capacities and locations throughout the diocese in his time in northern Indiana, filling the needs of the diocese wherever his bishop called him. He left his native Poland to spend roughly 20 years of his 41-year priesthood serving the people of northern Indiana.

Born in Kazimierza, Poland, Father Klimczyk attended seminary at the Papal Theology Academy in Krakow, being accepted into seminary by St. John Paul II when he was still Archbishop of Krakow. Father Klimczyk was ordained in 1981 and spent 10 years serving in his native country before coming to St. Adalbert Parish in South Bend for his first assignment in the diocese. He was incardinated into the diocese in 1994. He lived his vocation to his last days, celebrating Mass for the Queenship of Mary with the schoolchildren.

After his time at St. Adalbert, he did a two-year stint as Associate Pastor of St. Charles Borromeo in Fort Wayne. One of his major accomplishments within the diocese was during his tenure as Pastor of St. Stanislaus Kostka Parish in New Carlisle from 2002-2007, where he instituted a restoration project.

Father Bob Garrow, current Pastor of St. Stanislaus Kostka, spoke of the work that Father Klimczyk undertook at the parish. The artwork he brought back from a visit to his homeland included a painting of the Last Supper for the altar and an eagle to represent St. John the Evangelist on the ambo. Father Garrow laughs to think that Father Klimczyk might have left a representation of himself at the parish through the St. John painting, as “Jan” translates to “John” in English.

Most of all, Father Klimczyk was always willing to give of himself, even in retirement. “If there was any time I needed help and he could help, he would.”

After his time in New Carlisle, he was sent to Blessed Sacrament in Albion, then to the Cathedral of the Immaculate Conception in Fort Wayne in 2012, and again was moved to St. Patrick Parish in Walkerton in 2014. He served as chaplain at Saint Anne Communities Victory Noll in Huntington for a year before retiring to Holy Family in South Bend.

Father Klimczyk was laid to rest on Monday, Aug. 29 at St. Joseph Cemetery in South Bend after the Mass of Christian Burial at St. Adalbert.

A ghost bicycle has been placed in his memory along State Road 2, close to the site of the accident. Teresa Sheppard represents an organization that places bicycles that have been painted white across the Michiana area to memorialize people who are killed on their bicycles and to serve as a notice for motorists to pay attention to those with whom they share the road. “It’s a really nice memorial,” she said.

Those who knew the deceased person can visit the ghost bike site and place flowers, crosses, or other mementoes significant to that person to honor them. Zip ties will be left at the site for those who might want to secure objects in place. Sheppard said that, “It’s meant for people to make their own.”

Father Klimczyk said it best himself in his last homily: “May Mary pray for us each until we reach our eternal home.”