Students at Most Precious Blood School in Fort Wayne were challenged to a “Money War” in October to raise funds for needed school resources. The goal was to raise $3,000, with prizes going to the top three classes. However, the students far exceeded all expectations, collecting more than double the amount expected.

The grand prize of a bowling and pizza party in the school’s bowling alley went to the second-grade class, fourth grade came in second place for an ice cream party, and fifth grade took third place for a class movie and popcorn party.

Additionally, fundraising goals of $2,000 and $3,000 were set with a prize of taping a teacher to the wall and shaving the principal’s head, respectively. Students eagerly anticipated the festivities on Friday, Oct. 21, when the entire school celebrated their victory, duct-taping teacher Darcy Quinn to the wall of the gymnasium and shaving Principal Stan Liponoga’s head. On that day, second grader Gianna White, the top donator for the school, had the privilege of becoming principal for the day. The grand total raised was $6,069.04. 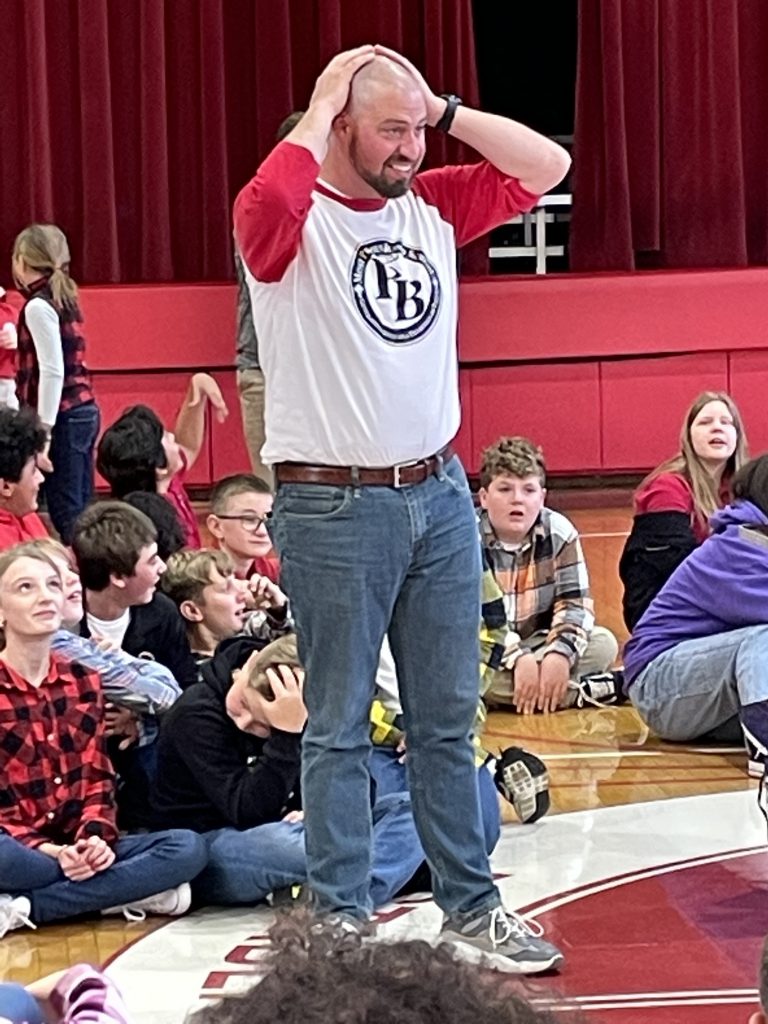 Most Precious Blood School Principal Stan Liponoga is seen here on Oct. 21 in before, during, and after pictures of having his head shaved as a reward to the students for meeting fundraising goals. Students also got to have fun at the expense of Resource Teacher Darcy Quinn by duct taping her to a wall in the school’s gymnasium. 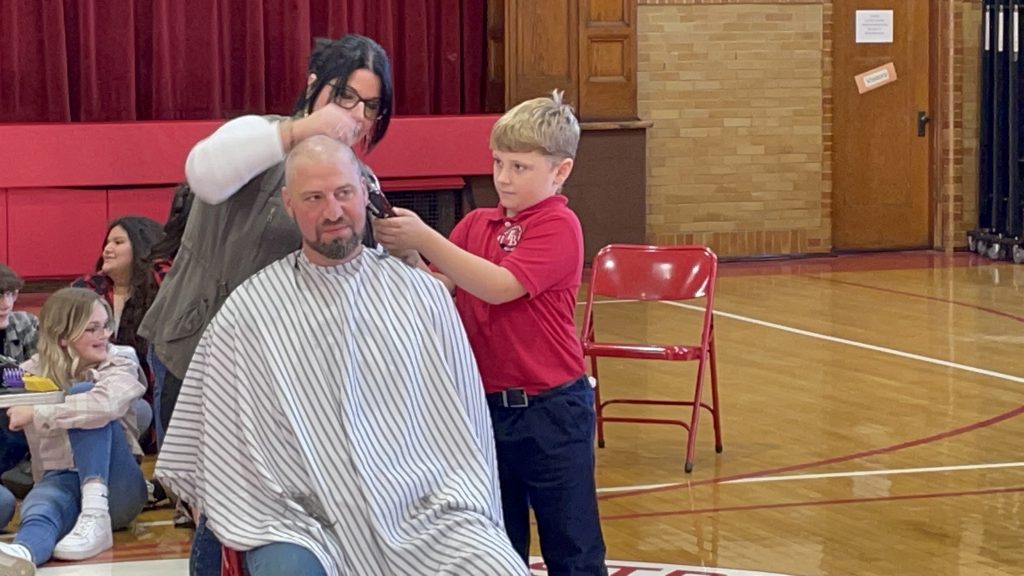 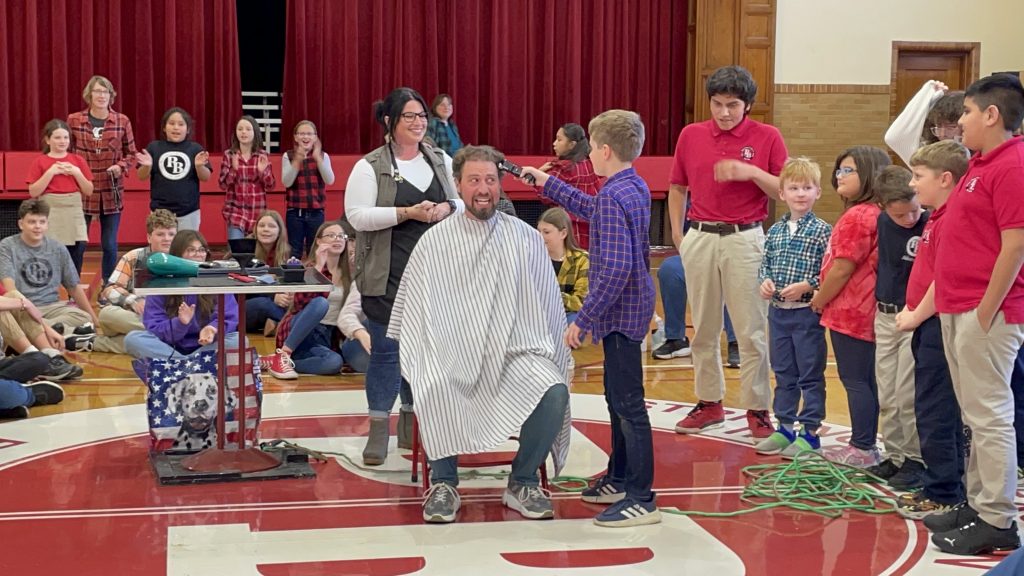 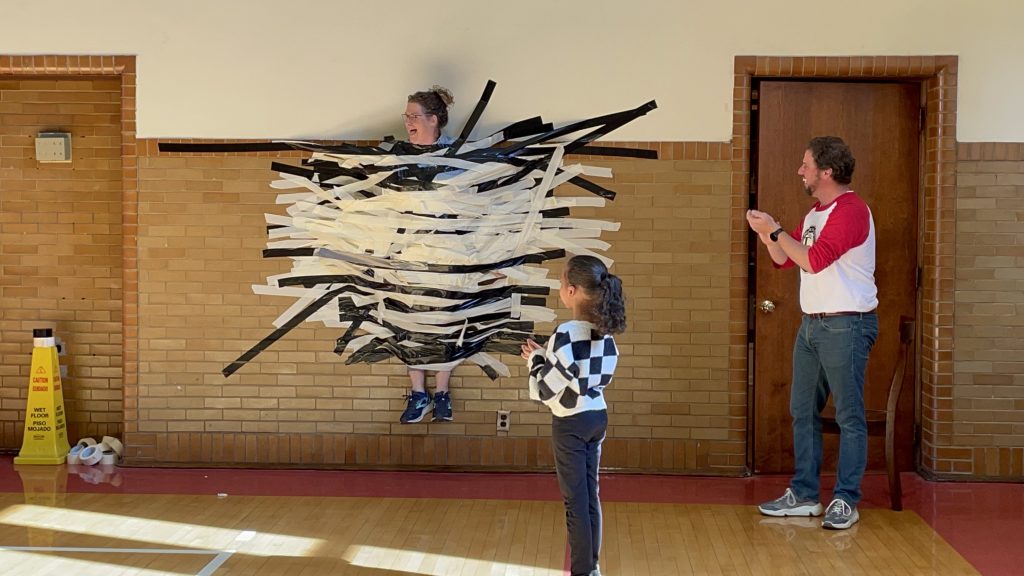 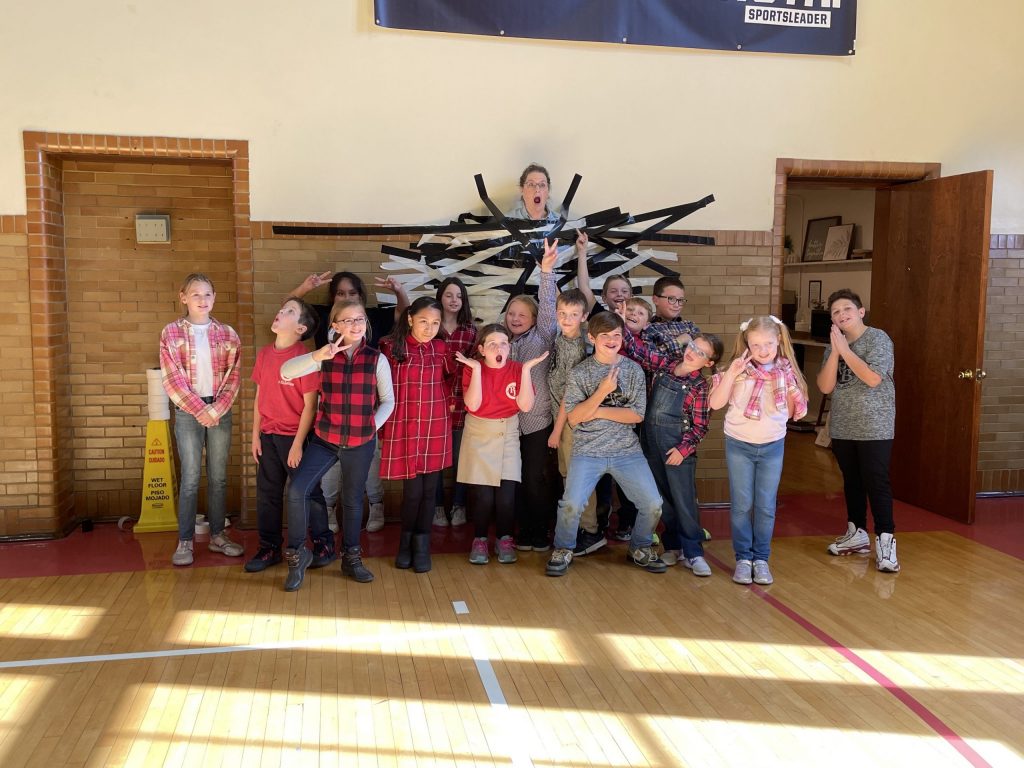 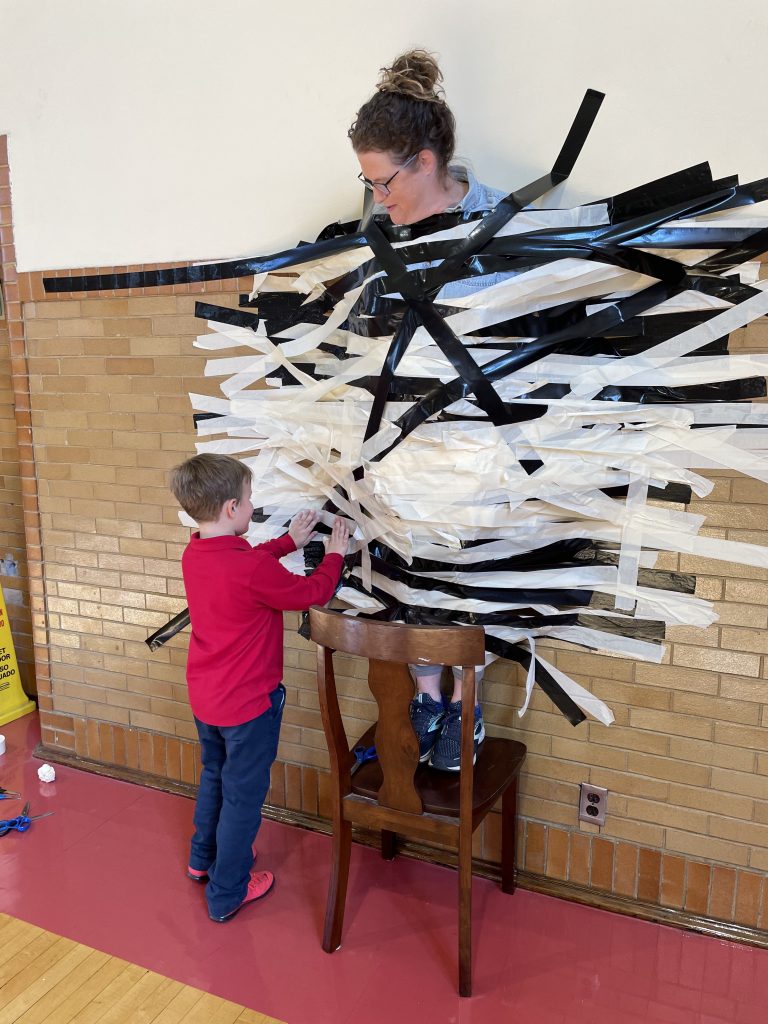