WASHINGTON (CNS) — Securing borders and humane treatment of those fleeing persecution and seeking a better life “are not mutually exclusive,” the chairman of the U.S. bishops’ Committee on Migration said.

“The United States can ensure both and must do so without instilling fear or sowing hatred,” Bishop Joe S. Vasquez of Austin, Texas, said in a Jan. 10 statement. 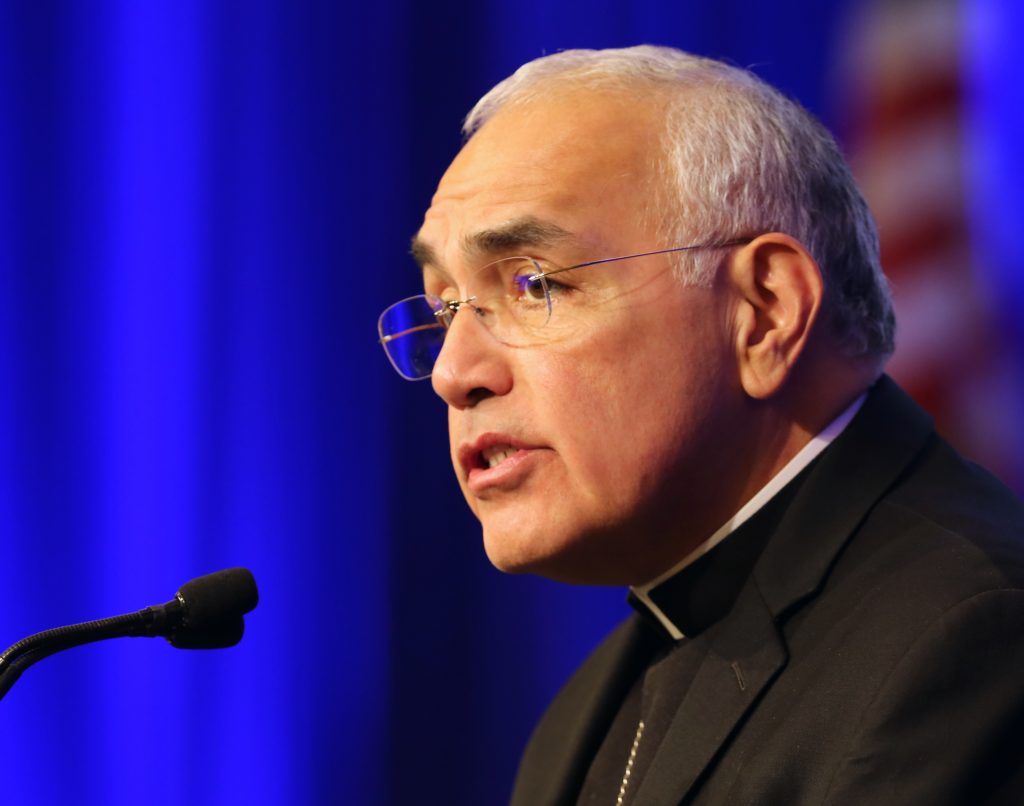 Bishop Joe S. Vasquez of Austin, Texas, chairman of the U.S. bishops’ Committee on Migration, said Jan. 10 that securing the nation’s borders and humanely treating those fleeing persecution to seek a better life “are not mutually exclusive.” He is pictured in a 2017 photo. (CNS photo/Bob Roller)

He called on President Donald Trump and leaders of Congress to come up with a solution that addresses the border, ends the partial government shutdown and at the same time “protects the sanctity of human life” by recognizing the dignity of all people regardless of their immigration status and those federal employees suffering a loss of pay because of the shutdown, now well into its third week.

“We will continue to advocate for immigration reform to advance the common good and address these issues,” Bishop Vasquez said.

He urged Trump and congressional lawmakers, led by House Speaker Nancy Pelosi, D-California, and Senate Minority leader Chuck Schumer, D-New York, to come together and look beyond rhetoric to come up with a solution.

Trump and other Republican leaders met Jan. 9 at the White House with Pelosi, Schumer and other congressional Democrats over solutions to ending the shutdown and meeting Trump’s request for $5.7 billion to build a wall and implement other security measures on the southern border of the U.S.

The meeting ended with no resolution. It came the morning after Trump’s Oval Office address to the nation about the humanitarian crisis he said is building at the border as thousands of migrants from Central America seek asylum in the United States. He repeated his call for funding for a wall and other security measures to stop people from illegally entering the country as well as to stem what he described as a flow of illegal drugs.

Trump has said he won’t agree to any measure to reopen the government unless it has the funding he wants. Pelosi and Schumer said they will not put forward any bill that would include such funding.

In his statement, Bishop Vasquez highlighted what Pope Francis often says about migrants, that they “are not statistics, but persons with feelings that need ongoing protection.”

“From our work serving immigrant and refugees along the U.S.-Mexico border, in the interior of the United States and throughout the world, we know this to be true,” he said. “We urge lawmakers to look beyond rhetoric and remember the human dignity that God our Father has given each and every one of us — simply because we are all his children.”