Overcoming long-standing debt can be a difficult task. At times, the payments can feel almost never-ending or impossible to conquer. For the past 20 years, parishioners at St. Adalbert and St. Casimir Parishes in South Bend have known what it feels like to carry such heavy debts. Now, they are rejoicing immensely to finally be freed from their financial burdens, which only a few months ago had been over a million dollars.

The story of their financial recovery is quite remarkable. Father Ryan Pietrocarlo, CSC, Pastor of St. Adalbert and St. Casimir, provided the history of the debt accumulation and efforts to repay it. He shared that “the debt at St. Casimir’s came from overstaffing in the early 2000s, having too many employees on the budget. At St. Adalbert’s, the tuition was not providing enough income to cover the salaries of the teachers. Therefore, the diocese helped by giving both parishes a loan, but not enough payments were made in the ensuing years to successfully climb of out the debt.” 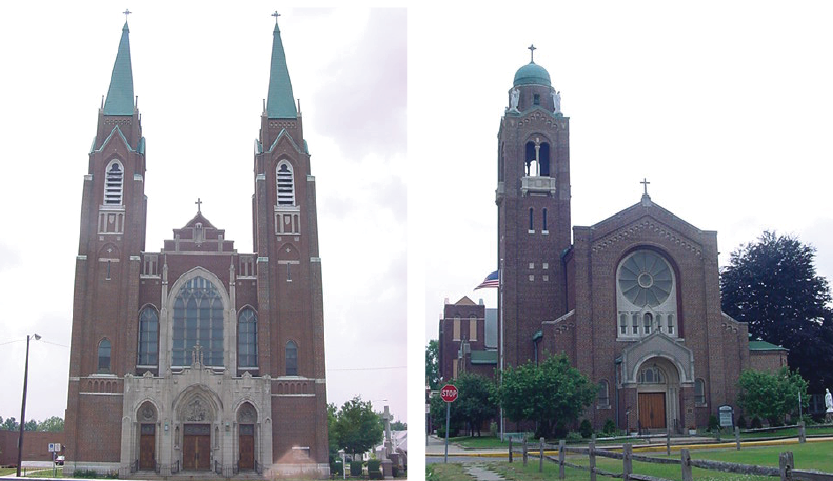 While Holy Cross priests have staffed St. Casimir Parish since its founding in 1898, they were asked to also take over the administration of St. Adalbert – which had been run by diocesan priests since its establishment in 1910 – when St. Stephen of Hungary Church closed in 2003. Father Paul Ybarra, CSC, was assigned as pastor for both parishes in 2016 when Father Pietrocarlo also arrived as a transitional deacon. Father Pietrocarlo shared, “When Father Paul and I came in the summer of 2016, the debt was $1.5 million. Most of it, about $1.2 million, was from the teachers’ salaries in the early 2000s. Then around 2014 or 2015, the diocese did an internal audit on the school voucher program and discovered that St. Adalbert’s had received $300,000 more aid than they should have. The diocese offered to pay the state back on our behalf and added the amount to what we already owed them in our loan. During Father Paul’s four years as pastor, he saved and cut where he could, putting money not spent on salaries towards the debt, and made an average payment of $75,000 a year. In total, he helped pay off $300,000. So, when I was made pastor in 2020, the debt was back down to $1.2 million.” 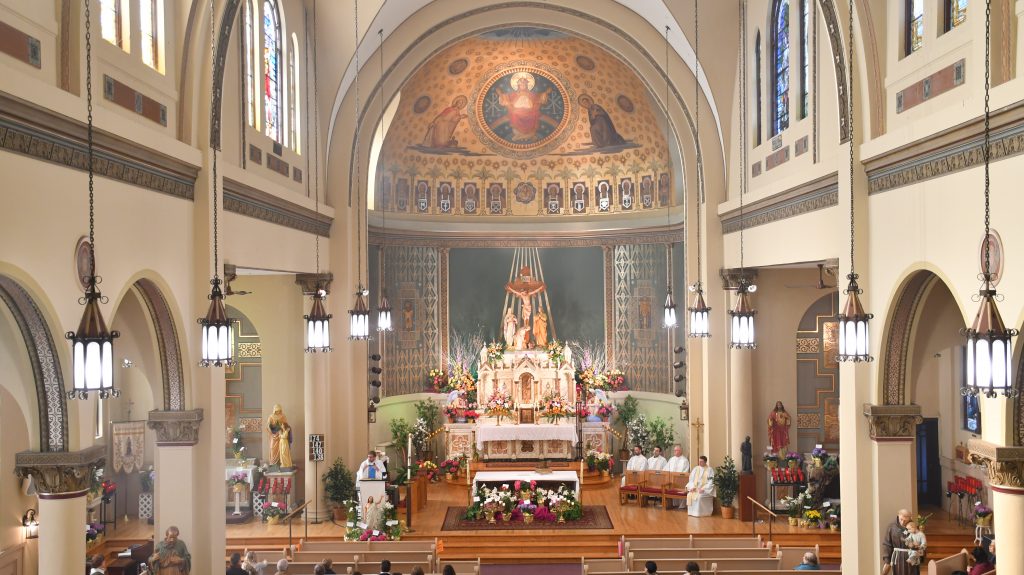 He continued, “This past September, at a gathering of Holy Cross religious for the feast of Our Lady of Sorrows, our patronal feast, I shared about the amount of debt our parishes were still carrying. Father Michael Matthews, CSC, mentioned that when he was at Holy Cross Parish in South Bend, the diocese provided a matching payment program through their Legacy of Faith Grant. He encouraged me to check into this for St. Adalbert’s and St. Casimir’s, so I reached out to Diocesan CFO Joe Ryan. He communicated the request to Bishop Rhoades, who responded that the diocese would be willing to offer a similar plan for our parishes. They generously counted all payments going back to the start of the fiscal year (July 1, 2021) as eligible for a match.”

That was the spark of energy the parishioners needed. Father Pietrocarlo exclaimed: “When we announced that we had the matching program, every ministry at both parishes donated something, with some groups organizing food sales and fundraisers. In addition, I asked the parish finance councils to analyze our checking accounts, and we found that there was a fair amount of undesignated money that was not being spent nor gaining interest. The councils agreed that the best possible decision would be to put this funding towards our debt, which allowed us to make some heavier payments.”

Additionally, the school came in under budget for their staff. “This past year we did not have an assistant principal, we used one less office staff member and we had each classroom instructor teach religion rather than having a full-time religion teacher,” Father Pietrocarlo said.

These collective efforts allowed the parish to amass the needed $600,000 by Easter, only six months after they received approval for the matching funds from the diocese. This allowed Father Pietrocarlo to make the joyful announcement that the parishes were now debt-free on Easter Sunday.

He shared, “it was really providential for the community to come together so quickly. It was a true parish effort, everyone pitched in and was very excited about it. They were determined to get this done and pay it off, it was amazing.”

Father Pietrocarlo mentioned that over the course of the past thirteen years, they have paid over $900,000 in interest alone. While there was much that could have been done for the school and parish with that money over those years, he is now looking towards the future with great excitement and making preparations to build a stronger and holier community. He said, “we have a threefold plan going forward: to strengthen our school through additional staffing and providing higher salaries, better maintenance to preserve and upkeep our beautiful parish buildings and expanding and strengthening our ministries so to provide more spiritual formation for our parishioners.”

The school will be fully staffed this upcoming year, led by new principal Jennifer Crain, who taught first grade at St. Adalbert’s for seventeen years before serving as the assistant principal at St. Jude School, South Bend. She will be aided by Robert Tull, former athletic director at Adams High School and assistant principal at St. Joseph High School. Their projected enrollment for this year is 234 students, which is also an increase from last year.

Additionally, the St. Casimir’s rectory will continue to be used by the organization Quo Vadis (QVCatholic.com), to house graduate students and young professionals, providing them an opportunity to live, pray, discern and volunteer at the parishes and school. Father Pietrocarlo said this program that aims to utilize unused rectories and convents to form intentional Catholic communities has also “brought great excitement to our parishioners and has increased our parish spirit.”

He further extended his gratitude to all those who have helped support the parishes through their generosity, dedication and loving service. He emphasized that this could not have been accomplished without prayer, mentioning that it was around the time St. Casimir’s Nocturnal Adoration society began nearly a year and a half ago that things started moving much faster towards resolving the debt. “Having exposition of the Eucharist is a blessing for the individual adorers but also for the parish, too! The effect of our Lord’s presence in the Blessed Sacrament is very real.”

He indicated that the parish plans to host a celebration of their being debt free on Sunday, September 4, at the St. Casimir’s old school building, adjacent to the church, from 1:00-5:00 pm. All are welcome.