Happy Fourth of July! As we celebrate our nation’s independence, I invite you to reflect on the meaning of freedom from the perspective of our faith. We heard about freedom in the second reading at Mass this past Sunday. St. Paul wrote to the Galatians: “For freedom Christ set us free; so stand firm and do not submit again to the yoke of slavery.”

On Independence Day, we celebrate our nation’s freedom from the yoke of British domination. But there’s a big challenge we face today as a nation. There’s a danger of falling into another kind of tyranny when we exalt freedom at the expense of truth. St. Paul writes: “For you were called for freedom, brothers and sisters. But do not use this freedom as an opportunity for the flesh; rather serve one another with love.”

Our Founding Fathers enshrined sound moral principles in the founding of our nation. The Declaration of Independence, read on the Fourth of July 1776, attested to these principles, solemnly affirming the equality of all human beings, endowed by their Creator with certain inalienable rights: life, liberty and the pursuit of happiness. And our Founding Fathers explicitly expressed their “firm reliance on the protection of Divine Providence.” The Liberty Bell, which rang out on the Fourth of July 243 years ago, bears this inscription from the book of Leviticus: “Proclaim liberty throughout the land.” The challenge for all future Americans, including us, is to be “one nation under God, indivisible, with liberty and justice for all.”

On the Fourth of July, we celebrate the freedom we cherish as Americans. It’s part of our heritage. But we must recognize, as I think our Founding Fathers did, that freedom is not an end in itself. A freedom that tolerates offenses against the rights of others is not a good. The freedom to kill an unborn child is not authentic freedom. Truth is a condition for authentic freedom, otherwise it is an illusory or false freedom. Freedom can be misused when it is severed from what is objectively true and morally good.

Jesus said: “You will know the truth and the truth will make you free.” Freedom is superficial and illusory, even harmful, when it is divorced from the whole truth about the human person and the world. There can be no true freedom without respect for the truth regarding the dignity of all human life or the truth about marriage and the family. We’re not truly free if we consider freedom to be doing whatever we want, even what the majority votes for in a democratic system of government if it is contrary to the true moral order, contrary to the divine and natural law. 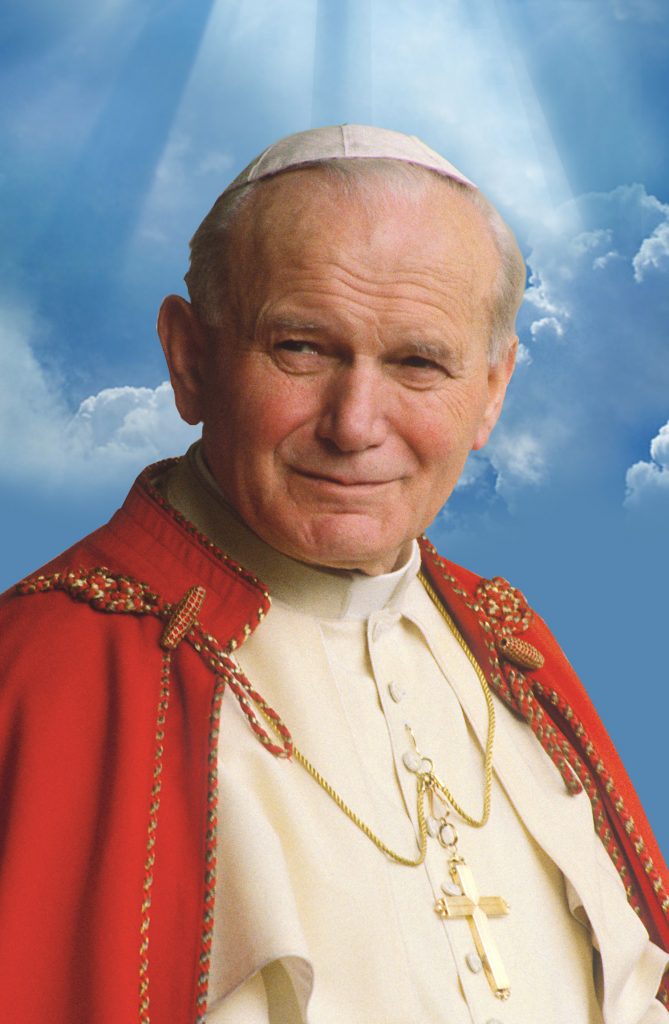 As Catholics, we certainly value our democratic system of government because it ensures the participation of citizens in making political choices. We can elect and hold accountable our representatives in government. At the same time, we know that “authentic democracy is possible,” as Pope St. John Paul II taught, “only in a State ruled by law, and on the basis of a correct conception of the human person.” He wrote that “truth is not determined by the majority nor is it subject to variation according to different political trends…. if there is no ultimate truth to guide and direct political activity, then ideas and convictions can easily be manipulated for reasons of power. As history demonstrates, a democracy without values easily turns into open or thinly disguised totalitarianism.”

When the right to life is denied, when marriage is redefined, when religious freedom is curtailed, when human rights are not fully respected, which has happened in many democracies like our own, the common good is harmed. I was in China two weeks ago giving a conference to the bishops there. I witnessed the oppression of the Communist system and the restrictions on human freedom, especially religious freedom. But human rights can also be trampled upon in democratic systems when justice and morality are not upheld, when freedom is severed from truth.

Loyalty to our nation and healthy patriotism is good, loyalty and fidelity to Christ should come before our loyalty to any political party or system. Fidelity to the truth of the Gospel should be our first concern and priority. Such fidelity has led to persecution and even martyrdom for many disciples, like the martyrs of China. It led to the martyrdom of St. Thomas More, who famously said: “I die as the king’s loyal servant, but God’s servant first.” Thomas More’s discipleship was unconditional.

As we celebrate the Fourth of July, let us pray for our nation. Let us thank God for our freedom. Let us also ask the Lord to guide our nation not to abuse that freedom, but to return to the sound moral principles and ideals on which our nation was founded: the freedom that is rooted in moral truth, the freedom that respects the dignity of the human person and serves justice and the common good, the freedom that is not license to do whatever we want, but to do what we ought. This Fourth of July, let us remember the counsel of St. Paul: “For you were called for freedom, brothers and sisters. But do not use this freedom as an opportunity for the flesh; rather, serve one another through love.”