Prayer and planning usher in bold transition for Ancilla

Prayers celebrating the past and future of Catholic higher education in the Diocese of Fort Wayne-South Bend resonated in the Ancilla Domini Chapel June 30 as Bishop Kevin C. Rhoades celebrated Mass on a campus taking a new name — Ancilla College of Marian University.

Bishop Rhoades offered blessings for a major collaboration that bridges two religious orders as well as two dioceses. As of July 1, aligned missions will bring about long-term changes for the Indianapolis archdiocese-based Marian University and, to the north, the Donaldson landmark known for 83 years as Ancilla Domini College.

“Ancilla College has always been a work in progress,” Bishop Rhoades said, noting that its successful transitions prove “it’s truly God’s work.” He credited the receptivity of the Poor Handmaids of Jesus Christ, the order that embraced the school as a ministry “committed to serving students, especially those in need.” He thanked Sister Michele Dvorak, PHJC, for her recent service as president of the college. 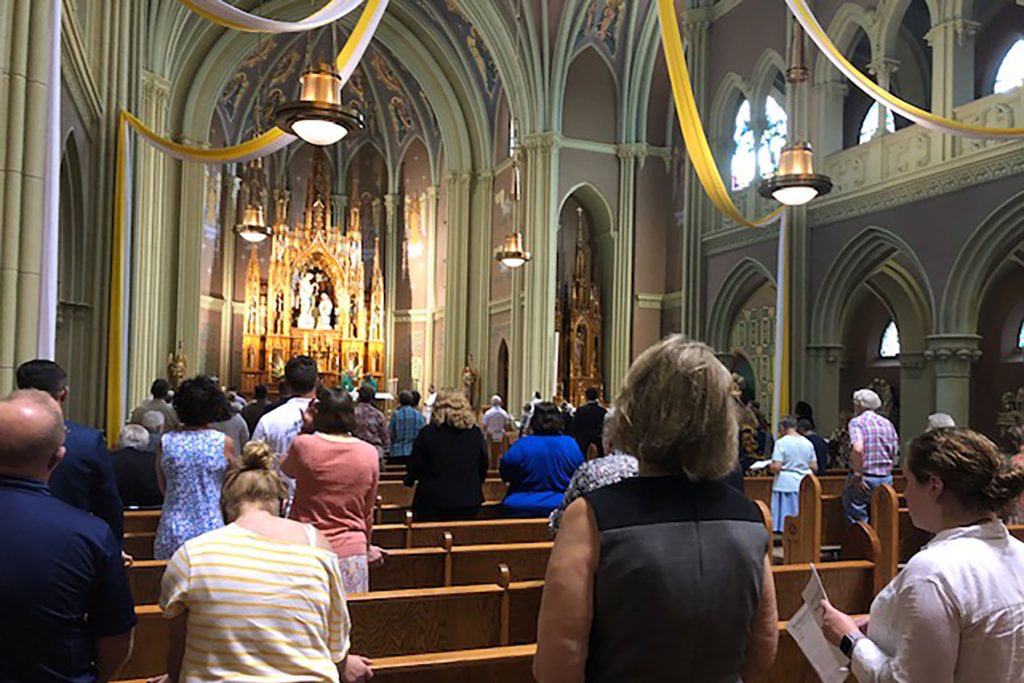 William Schmitt
Members of the faculty, staff and transition team of Ancilla College, Donaldson, and Marian University, Indianapolis, attend a Mass at Ancilla Domini Chapel with Bishop Kevin C. Rhoades June 30, the first day of the Ancilla’s new identity as part of the university.

During the Mass, he recalled the order’s founder, St. Katharina Kasper, whose “trust in God’s providence” reflected the Blessed Virgin Mary’s yes to the call to be the mother of Jesus. Mary described herself as the “handmaid of the Lord,” rendered in Latin as “ancilla domini.”

The bishop also honored Marian University’s founding order, the Sisters of Saint Francis of Oldenburg, Indiana, who have continued to sponsor that growing school in the spirit of St. Francis of Assisi. They established Marian in Oldenburg in 1936: It was later moved to Indianapolis.

This fall, as part of the university, Ancilla College will begin offering its first bachelor’s degree, a B.S. in Nursing. Its other offerings are associate degrees in a range of fields, from veterinary nursing and agriculture to education, business and liberal arts.

Educational pathways through Marian will allow Ancilla students to prepare for careers in growing fields over two, four, or six years, said Joseph Heidt, who became chancellor of the college in February.

“Now, students can see their future from point A — the first day freshman year — all the way to a master’s degree,” he told Today’s Catholic. The official July 1 launch of the partnership included an all-day meeting of prayer and planning with both schools involved — “bringing the whole family together in pursuit of positive outcomes for the success of the students, because that’s what we’re truly here for.”

The collaboration with Ancilla is Marian’s first structural presence in the Fort Wayne-South Bend diocese, according to university president Daniel J. Elsener. He noted that Ancilla brings some degree programs to the mix not currently offered by Marian.

Elsener told Today’s Catholic the connection, approved last August by the respective boards of trustees and religious orders after long discussion, was largely driven by the good fit found between the Poor Handmaids’ and Franciscan sisters’ missions.

“Delivering high-quality Catholic education to more people, in more areas of the state and nation, is a strategic pillar of growth for Marian University,” Elsener commented when the collaboration received approval.

Those gathered to represent both collaborator groups at Ancilla College of Marian University during the Mass June 30 reflected on several scriptural references, including Jeremiah 29: “For I know the plans I have for you, declares the Lord, plans to give you hope and a future;” And from the Gospel’s Annunciation story in Luke 1: “Mary said … “May it be done to me according to your word.”

Following Bishop Rhoades’ celebration of Mass to bless the new collaboration bringing renewal to Ancilla College of Marian University, leaders from the two campuses commented in interviews about the broader context of Catholic higher education. 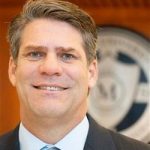 “When you look at education, there are different vantage points — the importance of skill development, knowledge development, and, equally important is formation of the individual. The development of leadership skills, the development of character and values, the opportunity to offer young adults the exploration of their own spiritual guidance and connectivity with God. And then to be able to pull all of those together in a holistic way that prepares them to be successful in their lives as parents, as colleagues, as leaders, as employers. It’s an important component [in which] the Catholic universities do an incredible job. It’s truly a holistic educational experience.”

“There’s almost a realization like never before how the distinctiveness of Catholic education is that God is at the center and the larger purpose. So much of education talks about the practical concerns of getting a job, etc. — which is a top priority — but there’s a larger concern about your soul, how you see the common good, the human person, your calling in life and how to fulfill it, integrating faith. To have [that concern] illumined by God’s plan is a whole other level of richness that Catholic higher ed can offer.”