MEXICO CITY (CNS) — Lawmakers in the eastern Mexican state of Veracruz approved a bill decriminalizing abortion during the first 12 weeks of pregnancy. It was the second such decriminalization measure approved in Mexico in barely two weeks. 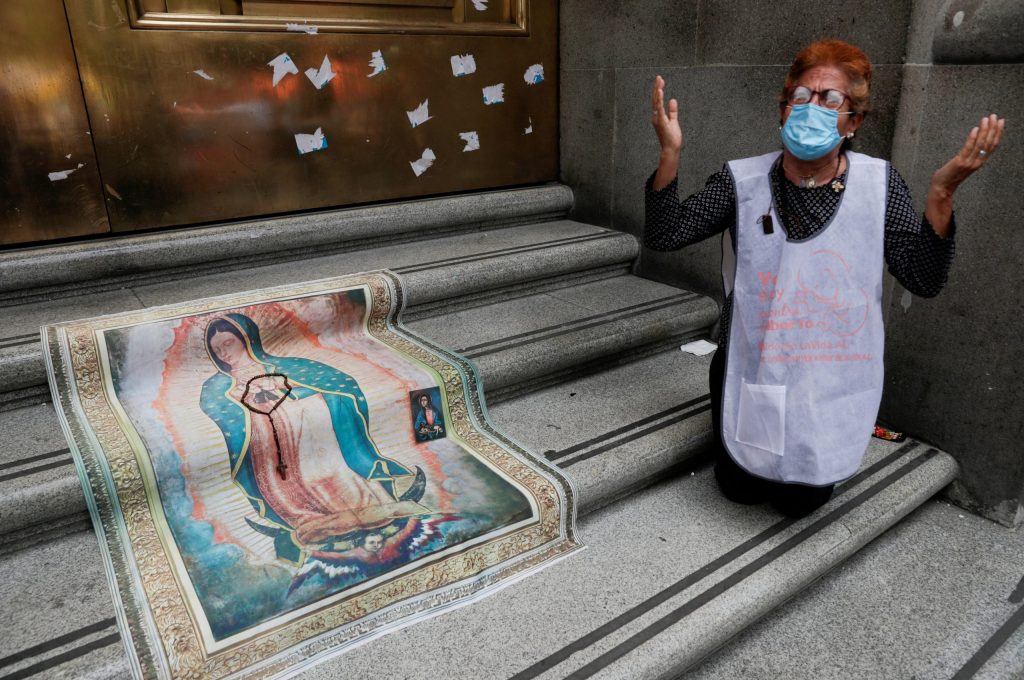 A woman prays outside the Mexico Supreme Court building in Mexico City July 29, 2020, while the court proposed to decriminalize abortion. Lawmakers in the eastern Mexican state of Veracruz approved a bill July 20, 2021, decriminalizing abortion during the first 12 weeks of pregnancy, the second such decriminalization measure approved in Mexico in barely two weeks. (CNS photo/Henry Romero, Reuters)

Church leaders in Veracruz, Mexico’s fourth largest state by population, expressed dismay with the measure, which they said was rushed through the legislature in a closed-door session.

“It’s a perverse thing,” said Father José Manuel Suazo Reyes, spokesman for the Archdiocese of Xalapa. “They didn’t let anyone attend, the lawmakers were locked in there, and they did it all in the dark.”

In response, the Mexican bishops’ conference July 21 lamented the vote, saying “it constitutes a grave injustice, which allows an unacceptable wrong to be committed against another human being in its most vulnerable stage, when he requires greater protection, along with his mother.”

“We also warn that this permissive action on abortion leaves aside society’s more pressing concerns, especially related to the insecurity afflicting many parts of the country, the health needs of citizens (and) the urgency of many families to find employment,” the bishops’ statement said.

Abortion was decriminalized in Mexico City in 2007, but no states followed its lead until Oaxaca state approved an abortion law in 2019. 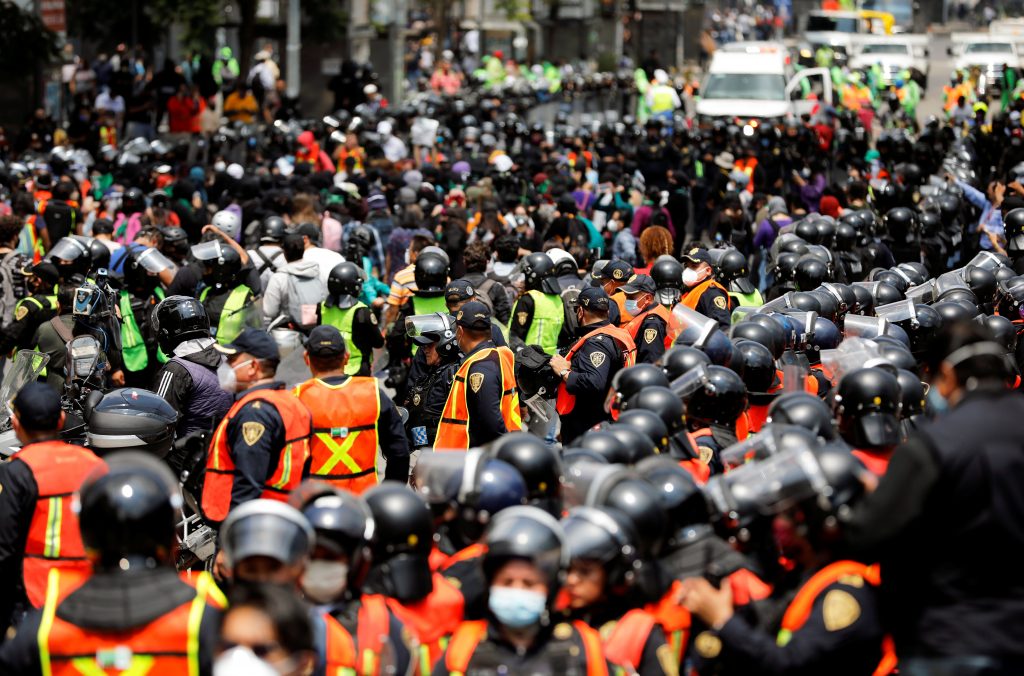 The vote in Oaxaca, along with Veracruz and Hidalgo, occurred in legislatures controlled by the MORENA party, which rules federally, but has not acted nationally on abortion decriminalization. President Andrés Manuel López Obrador has described abortion as a nonpriority for his administration, though prominent members of his party openly support decriminalization.

Analysts attribute the ability to approve abortion bills in some states controlled by MORENA to the party being a big tent, which includes conservatives and progressive voters — even if it identifies as left-leaning.

The Mexican Supreme Court also has made recent rulings in favor of accessing abortion.

A majority of Mexico’s 32 states have approved constitutional prohibitions on abortion since 2009, including Veracruz. But Rebeca Ramos, director of the nongovernmental Information Group on Reproductive Choice, said the such constitutional restrictions failed to stop the decriminalization of abortion in Oaxaca and would be unlikely to prevail in the case of Veracruz.

The constitutional ban on abortion in Veracruz was approved controversially in 2016 with church support. Then-Gov. Javier Duarte was accused of looting the state and overseeing gross human rights violations in Veracruz, but pushed the abortion bill as his term was ending and shortly before he was arrested.

“It was political expedience, not because he was pro-life,” Father Suazo said of the governor promoting an abortion ban. “With many politicians, it’s not that they’re pro-life, rather they see some political benefit in passing a reform.”