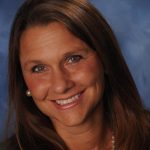 About 15 years ago, when all my children were still at home, I contracted a severe upper respiratory infection. One of the side effects was that I completely lost my voice. Not for a day, but for close to a week I could do no more than whisper, and even that took great effort. Consequently, I did as little talking as possible and tried to communicate in nonverbal ways. I’d point, smile, motion, even write. Sometimes, however, I just had to say something, and I tried to use as few words as possible and spoke the only way I could, softly. In a whisper.

After a few days of communicating this way, whispering, something interesting happened. My children starting whispering back. They weren’t sick. They had voices. They just started responding in kind to the way they were spoken to. When I turned the volume down several notches, they all did, almost automatically. They also seemed to pay more attention to what I was saying to them.

That was a revelation to me. There is great power in the way one speaks, and speaking softly and simply had generated a soft and simple response from my own children.

“If you want to capture someone’s attention, whisper.” That was the slogan of a Coty perfume advertisement in the mid 1970s, and I found it to be true. That week that I lost my voice, I ironically found it.

I’ve observed family dynamics over the years and discovered that when I behave a particular way, it sets the tone for the entire family. If I am gruff, my family tends to be gruff. When I am at peace, they are too.

What an amazing power the mother of a family has on the lives of her husband and children. If only all mothers knew this and could harness this gentle power right, how much better everyone in the family would be!

St. Francis de Sales wrote, “Nothing is so strong as gentleness, nothing so gentle as real strength.”

It’s true, isn’t it? It’s harder to be quiet, sometimes, than it is to be loud. It takes much more strength to respond in gentleness to provocation, for example, than to pop off in anger. Who has more control: a person angrily forcing his or her opinion on another, or one who speaks humbly and sweetly and convinces not by force, but by persuasion?

You’ve likely heard the old story Aesop’s fable of the wind and the sun. The wind, with its brusqueness, could not get a man to take his cloak off. The sun, with his warmth, could do easily.

Father John Hardon, whose cause is up for beatification and canonization, had this to say about the power of gentleness in his “Spiritual Biography”:

In a column for The Real Presence Association, Father Hardon wrote: “A gentle person is a meek person. So most people think that a gentle person is a weak person. It is just the opposite. In order to be truly gentle, and that does not mean soft or sentimental, one must be strong. Only strong people can be gentle, because gentleness restrains strength by love.”

Everyone benefits from being gentle, but gentleness is particularly important for the woman, the wife and mother who is the heart of the home and who sets the tone of the family’s mood. A woman’s sweetness, her femininity, her holy gentleness can make a huge difference in the demeanor of the family’s members.

A woman needn’t be afraid that she will lose her voice if she lowers it, if she speaks softly, if she is gentle. On the contrary; in her gentleness there is actually strength and power, the power of love. Gentleness is like an attractive and fertile field where the seeds of truth can take hold. There is great strength, potential and power in gentleness.