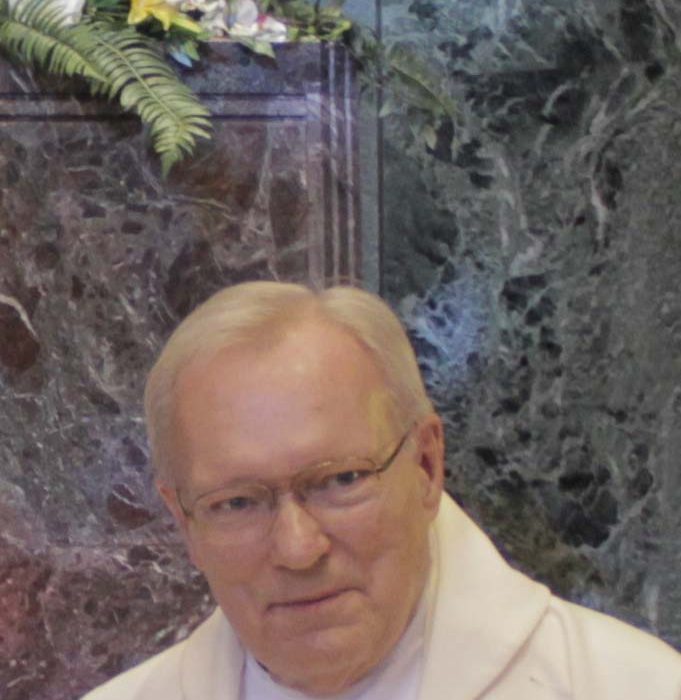 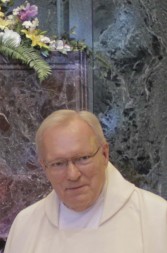 Visit the gallery for more photos from the funeral.

In a 2010 interview with Today’s Catholic newspaper, Msgr. John Suelzer recounted the trepidation he felt 24 years prior upon being asked by Bishop John D’Arcy to assume the pastorship of St. Charles Borromeo Parish, Fort Wayne, succeeding Father Ed Hession. At the time, then-Father Suelzer was daunted by his impression of Father Hession as someone who was “larger than life.” In fact, he compared the situation to “casting Mickey Rooney to play Tarzan.” As it turns out, Father Suelzer was well up to the challenge.

On Tuesday, Aug. 30, the parish family of St. Charles Borromeo, Fort Wayne, and dozens of priests and seminarians from across the Diocese of Fort Wayne-South Bend came together to mourn the loss of Msgr. Suelzer, who passed away Wednesday morning, Aug. 24, after a brief illness. Msgr. Suelzer had served in several parishes and sat on multiple diocesan committees during his tenure of service to the diocese, but perhaps was most loved by the parishioners of St. Charles, whom he shepherded for 30 years and until the time of his death at the age of 77.

The son of John Suelzer and the late Hildegard Lange, Msgr. Suelzer was born June 21, 1939, in Pittsburg, Pa. He attended St. John the Baptist School in Fort Wayne, continuing on to Our Lady of the Lake Minor Seminary in Syracuse, Ind., and Mount St. Mary of the West Major Seminary in Cincinnati, Ohio.

He was ordained a deacon in April, 1964, and ordained to the priesthood on May 29, 1965, by Bishop Leo A. Pursley at St. Matthew Cathedral, South Bend. He was immediately appointed assistant of St. Matthew’s. During the 1970s he served as assistant of St. Vincent de Paul Parish in Elkhart, St. Bernard Parish in Wabash, St. Henry Parish in Fort Wayne, temporary administrator of Queen of Peace, Mishawaka, and pastor of St. John the Baptist Parish, New Haven. In April 1986 he became the administrator of St. Aloysius Parish, Yoder, and was installed in July of that year as pastor of St. Charles Borromeo Parish.

Msgr. Suelzer was also honored with several appointments to diocesan committees, including the Liturgy Committee, Priest Personnel Board, Committee for Retired Clergy, Presbyteral Council, Budget Review Board and the Board of Saint Anne’s Home and Retirement Community. He was also consultor for the diocese, and in 1995 was invested as a prelate of honor.

Shortly after receiving the news of Msgr. Suelzer’s passing, Rev. Msgr. Robert C. Shulte, vicar general of the diocese, noted that his humor and friendliness would be deeply missed. More than four dozen associate priests, deacons and seminarians served with Msgr. Suelzer at St. Charles Parish alone, and also remember him very fondly.

Msgr. Michael Heintz recalled being in awe of then-Father Suelzer, from the moment he arrived at St. Charles in 1993 as a newly minted cleric.

“Tall, white-haired, formal, impeccably dressed, urbane and so well-mannered.  He also had a tremendously firm handshake. He was very shy by nature, which meant he didn’t initially do lots of chit-chat, and that also kept me in awe of him.  Over the five years I lived and worked with him, I came to have enormous respect and deep affection for him; he was fatherly and very kind to me in numerous ways. As I departed the rectory on July 9, 1998, I told him how very grateful I was to have learned from such a fine priest and role model. There were tears: but not from stoic German, just from the surprisingly sentimental associate who shook his hand and said thank you.

“My greatest coup was to have convinced him to do a lip-sync with me to the Blues Brothers’  “Soul Man” as part of a school fund-raiser. We were dressed in black suits, white shirts, black ties and fedoras. It was priceless, although I never bought him the lobster dinner at Paula’s that I promised him for doing it.”

“It’s tragic: He was a great role model for priests and the laity alike, and just a great man. He would do pretty much anything for anybody,” Fitzpatrick said.

Msgr. Kuzmich himself gave the homily at the funeral Mass of his dear friend. In light of the day’s readings on faith, hope and love, he gave some insight into the person that Msgr. Suelzer was.

“For a priest, where ever he goes, whatever he does, a priest should always be conscience of who he is — what he is — and what he represents, whether in the public domain or in his parish,” he began. Then he addressed his fellow members of the presbyterate, “And in those terms of being a priest, didn’t John represent us well?”

He went on: “Msgr. John Suezler was a gentleman; he was kind to others. He was a wise person and a prudent person, and we all knew his warm sense of humor. For me, he was a good friend and I will miss him. We entered and seminary together in 1958, and have supported each other in our lives and parish work. I consider it a great privilege to be his friend.”

“Besides his generous heart, the memories that I will always keep with me are those of him making jokes. After he hired me, he embarrassedly forgot my name — so from then onwards, he intentionally called me by the wrong name. Sometimes, he would move his glasses to the tip of his nose, poke his head through the office door and accusingly joke, “Do I hear laughter? … This isn’t getting the baby’s shoes paid for!” He is greatly missed.”

Father Tony Steinacker, one of many priests who had the honor of serving at St. Charles alongside Msgr. Suelzer over the years, acknowledged his passing with a reflection on his tutelage.
“The death of Msgr. John has caused tremendous loss for everyone who knew him. In so many ways, he touched our lives and helped us to grow in the knowledge of our faith and in relationship with one another, to build up the kingdom of God here on earth. He is in God’s loving care now, and forever in our hearts. Well done, good and faithful servant.”

Visitation, a rosary and vigil for Msgr. Suelzer took place Monday, Aug. 29, at St. Charles. He was buried at Catholic Cemetery on Tuesday, Aug. 30.

Please pray for the repose of the soul of Msgr. John N. Suelzer who passed away this morning, Wednesday, August 24th.

Monsignor Suelzer, long-time pastor of St. Charles Borromeo Parish, Fort Wayne, has died. Last year he celebrated his 50th Anniversary as a priest of this diocese. Over the years
Monsignor served in Wabash, Yoder, Mishawaka, Elkhart and at St. Matthew Cathedral, South Bend, St. John the Baptist, New Haven, and St. Charles Borromeo, Fort Wayne. His sense of humor and friendliness will be deeply missed.

The services for Monsignor Suelzer are as follows.

The Burial will be at Catholic Cemetery.