Hundreds of high school students from across the Diocese of Fort Wayne-South Bend gathered for a stateside World Youth Day celebration at the Lincoln Financial Pavilion in Headwaters Park, Fort Wayne, Aug. 28. 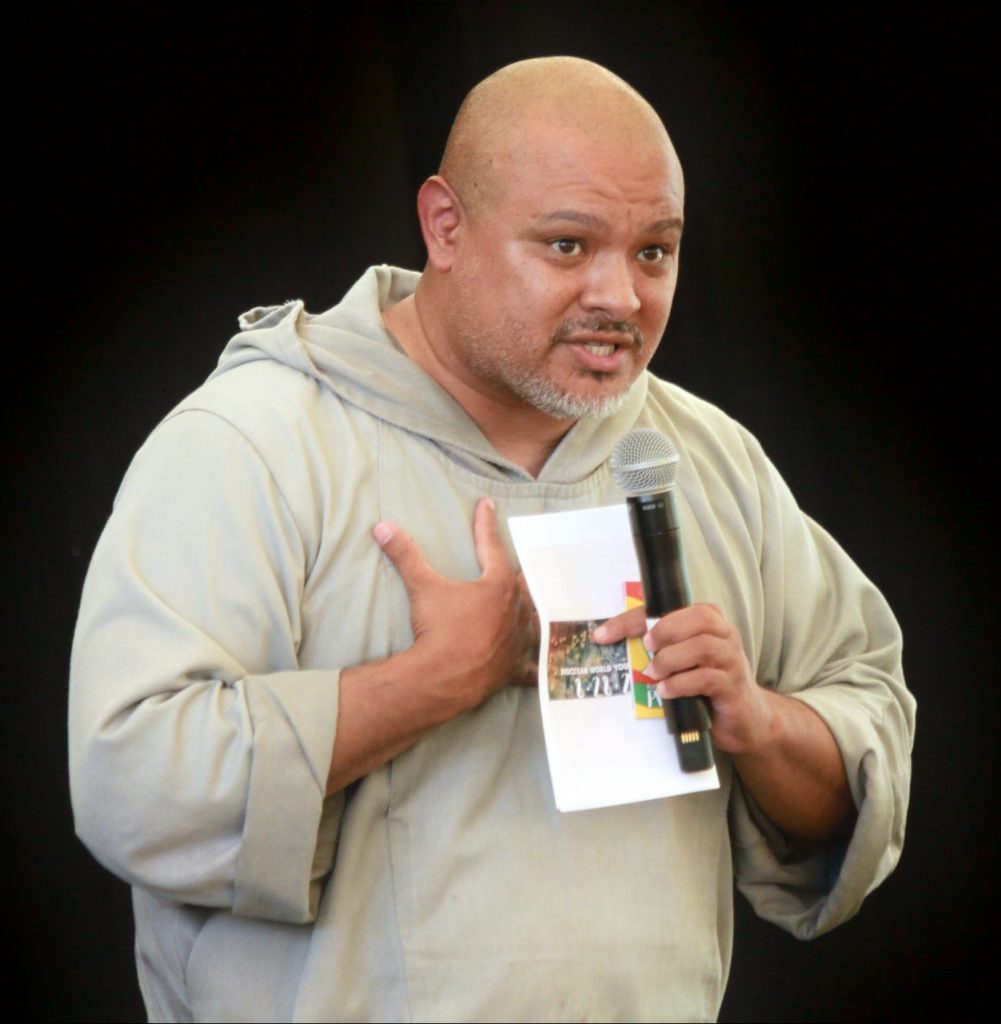 Visiting priest Father Agustino Torres emceed the all-day event, where teens took advantage of opportunities for the sacrament of reconciliation and a handful of small-group discussions, and raised their voices in bilingual praise and worship music.

In a talk given by Sister Ignatia Henneberry, she told students about the importance of people knowing that they stand for Jesus, saying, “Scripture says we must be saved by the name of Jesus. And you all know the name that saves. You know Him.”

“Being able to speak the name of Jesus means that you’re so overcome by His presence that you become Jesus,” she continued. 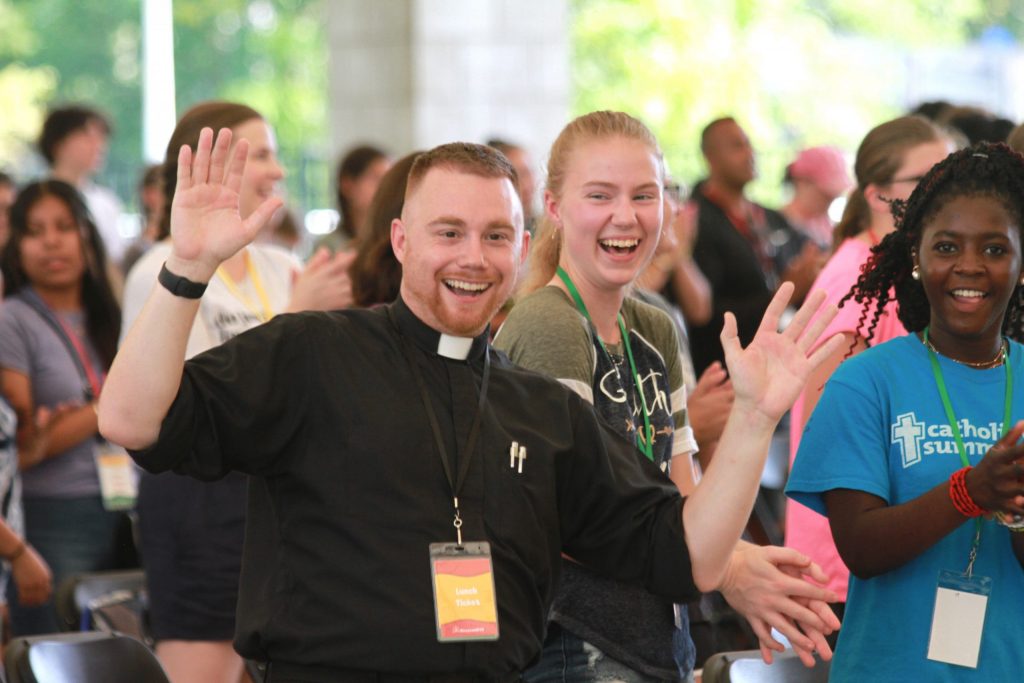 Father Augustine Onuoha, part-time chaplain at Saint Joseph High School, South Bend, also offered some words of encouragement to the youth. The recently ordained priest spoke of the difficulties in his journey to realize his vocation, and reminded students that, through their own difficulties, God has a plan for them. 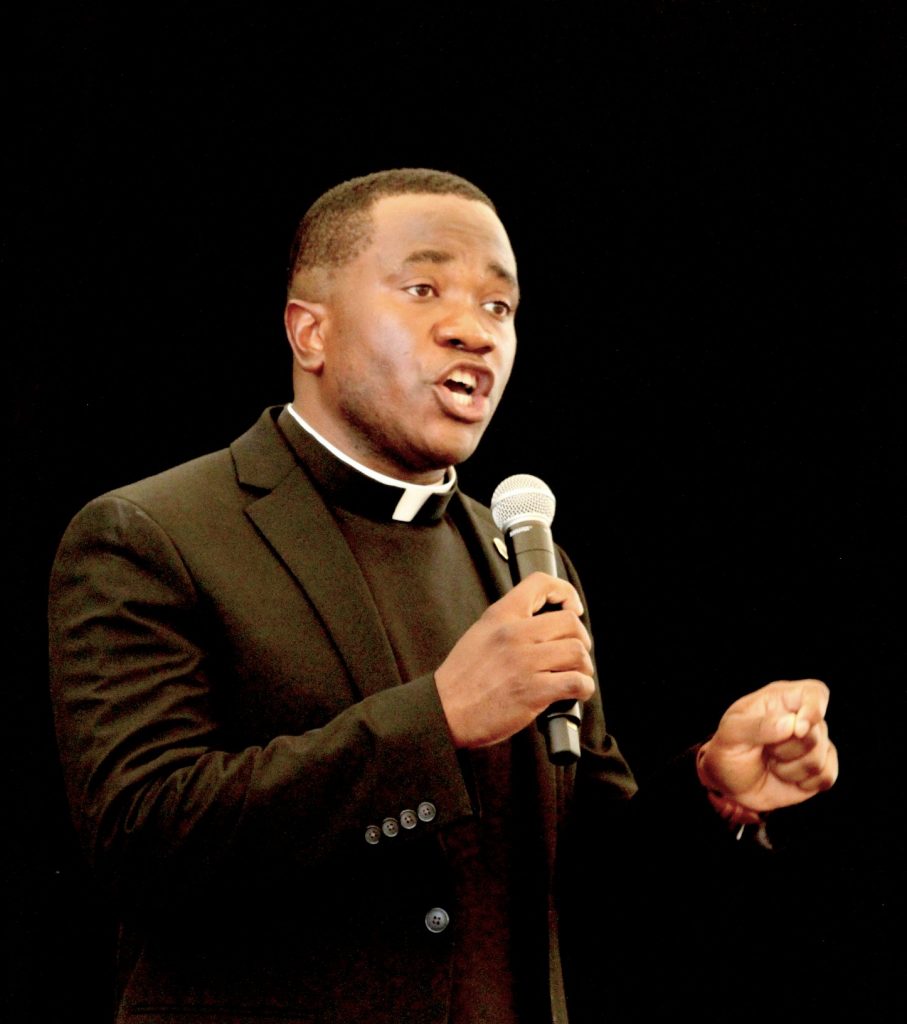 “When Bishop Rhoades ordained me,” he continued, “God was thinking about you.”

That evening, Bishop Kevin C. Rhoades celebrated Mass, during which he talked to the teens about the “primacy of the heart.”

“Jesus is saying in the Gospel today that there is a disconnect in the lives of the Pharisees and scribes between the outward and the inward: between the appearance and the reality. They appeared to be holy,” he said. “But they’re only giving lip-service to God.” 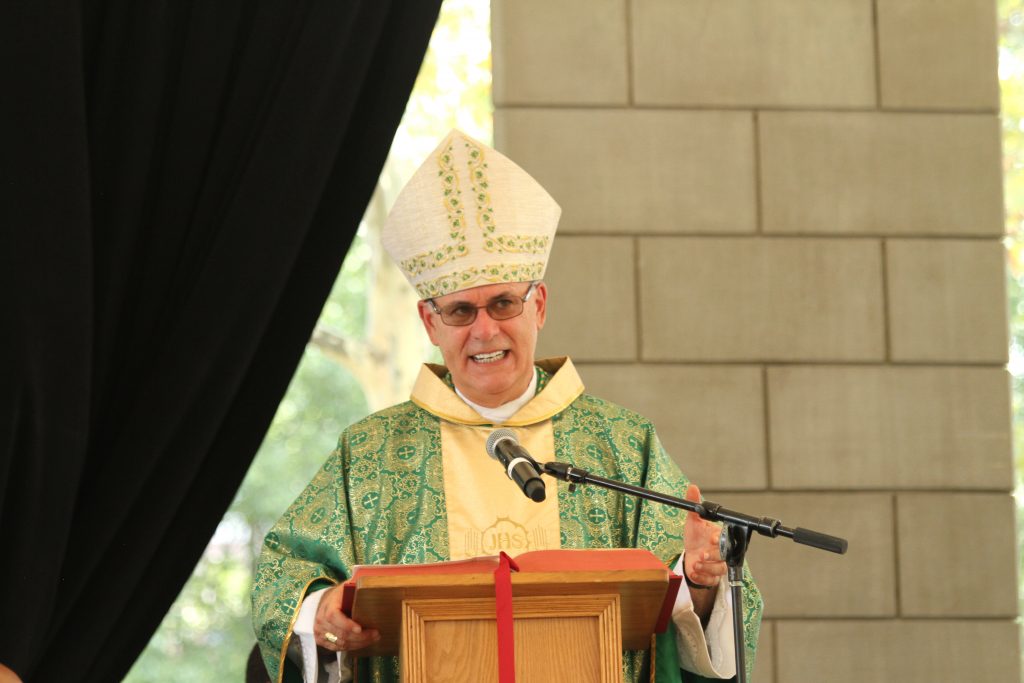 Bishop Rhoades continued, “It’s good to think about authentic religion: authentic Christianity. It shows itself in practical behavior. Isn’t that what St. James is teaching us in today’s second reading? St. James wrote, ‘Be doers of the Word and not hearers only, deluding yourselves. Religion that is pure and undefiled before God the Father is this: to care for orphans and widows in their affliction and to keep oneself unstained by the world.’”

He told students that St. James was calling on Christians to be consistent so that how they live their lives “coheres” to what they profess they believe.

At the end of Mass, the bishop said that, during communion, he noticed he had confirmed almost everyone present at the event.

“It just brings me so much joy to see you here because I know that you’re filled with faith and you’re living the gifts of the Holy Spirit you received.”

After Mass, when students had finished their complimentary dinner served by several food trucks, Bishop Rhoades led the teens in eucharistic adoration while the bands played praise and worship music. 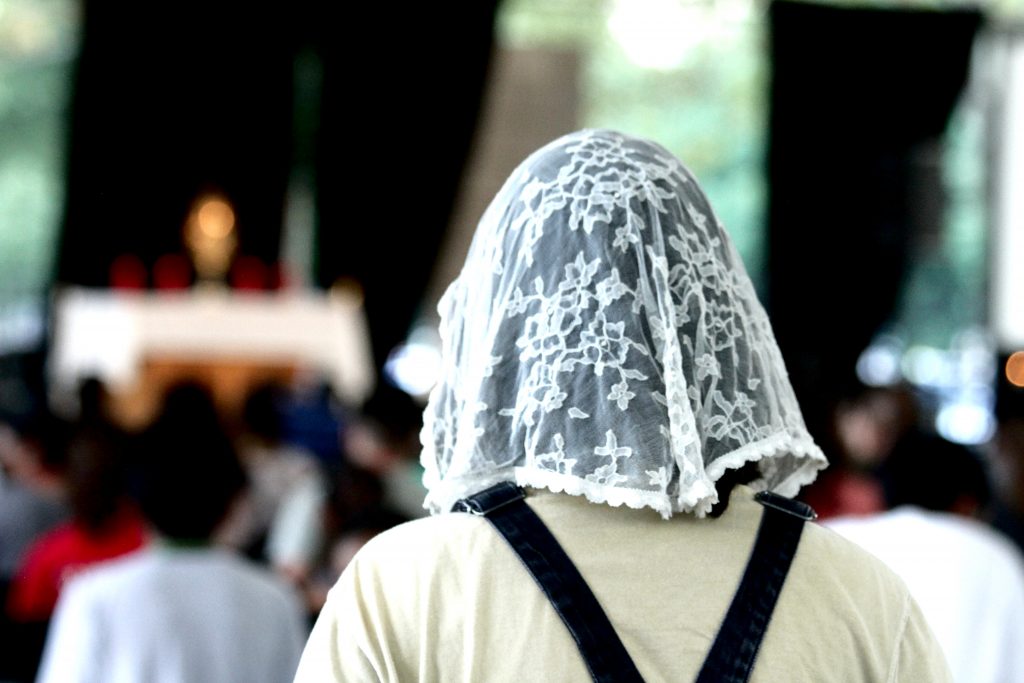 The teens join the bishop in eucharistic adoration under the pavilion.

The youth knelt on the pavilion concrete and prayed. Several of them stretched out their arms, ready to receive Jesus in their hearts. Even a stranger passing through the park outside of the pavilion’s fence stopped and knelt in honor of the Lord, raising his hand in visible thanks to God.

Before the day-long celebration ended, Father Torres led the teens in a solemn candlelit vigil, and those gathered sang the Salve Regina prayer in Latin.

The next worldwide celebration of World Youth Day will take place in Lisbon, Portugal, in 2023.