WASHINGTON (CNS) — Media literacy has shown itself to have positive effects. But schools across the United States have been slow to add it to their curriculum.

“How are we as a nation? We’re very poor,” said Helen Lee Bouygues, founder and president of the Reboot Foundation, which stresses media literacy as one needed component to develop critical thinking and “actually systematically teach media literacy in schools.”

Bouygues added, “It’s a real public health crisis, right? We are not helping ourselves or our younger generation to be better consumers of information. That’s the real issue.”

Illinois became the first state to require media literacy education for its high school students — and that was just this past summer.

The law says the educational unit should include the purpose of media messages and how they are made; how media influences behavior and which points of view are included; and the importance of digesting multiple media sources.

The social media giants got raked over the coals in October congressional hearings about their heretofore-unchecked power and the negative effects they have on users, particularly the young, who appear to be more susceptible to unscrupulous messaging, not to mention the impact of trolling by people who have nothing better to do with their life. 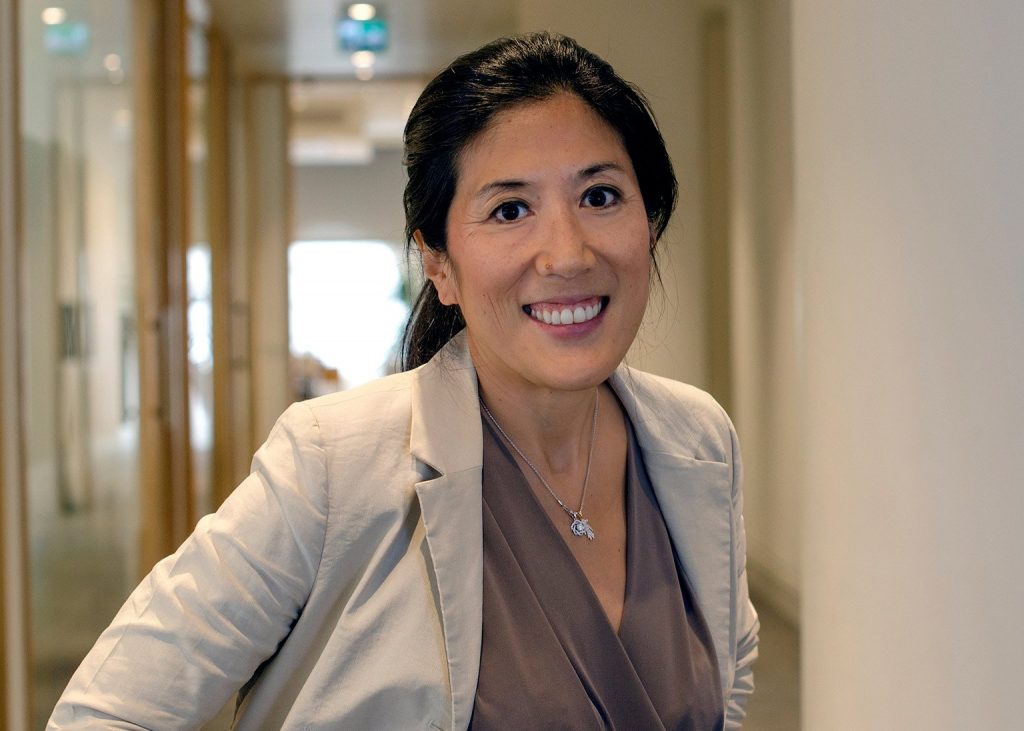 Helen Lee Bouygues, seen in this undated photo, is the founder of the Reboot Foundation. (CNS photo/courtesy Elkordy Global)

Just because young people can navigate their way around social media more easily than their elders doesn’t mean they’re better about detecting inaccuracies and utter nonsense. And this is not a recent phenomenon. A 2017 report from Common Sense Media, released shortly after the 2016 election, reported that 31% of kids who shared a news story online later discovered it was inaccurate.

Nazi propaganda minister Joseph Goebbels once said that a lie, if repeated often enough, becomes accepted as truth. There’s some truth to that; researchers from Vanderbilt University found that kids as young as 5 use repetition as a cue for truth.

A 2020 joint survey by four U.S. universities found that people under 25 were more likely to believe in COVID-19 misinformation than older people, regardless of political affiliation.

But this is hardly limited to the young. A September 2020 essay by Bouygues published by the Reboot Foundation tested older Americans’ tolerance for the sensationalized and inaccurate.

In its own research, it found that a “significantly larger” percentage of adults ages 60 and up preferred “clickbait” — the boxes at the bottom of webpages that say stuff like “See What Your Favorite ‘80s Stars Look Like Now” — more than younger Americans, but that all age groups preferred clickbait headlines to neutral headlines.

“Internet users, especially young people, think they’re skilled at examining information online, but they are not nearly as good at identifying fake news as they believe,” Bouygues said in the report.

“A key weakness in navigating information online is overconfidence,” she said. “If someone believes that they’re good at identifying fake news, but they’re not very good at it, they’re likely going to have far more issues with fake news than others who assess their own abilities more accurately.”

While there is definitely cause for concern, Bouygues told CNS, keep in mind that email and the internet have been part of our lives for only the past 25 years or so.

“People read an article, watch a video or play a game about how to improve how to identify fake news, there is a change before and after. You can actually teach people to be better identifiers of this news, i.e., be better consumers of information, where you train the mind to check the source,” she said.

She suggested “triangulation” as a method for cutting mind clutter.

For example, “when you Google something, rather than clicking the first article — 60% of people will click on the first two articles on Google — go to the second results page or the third results page,” she explained. “Those are tricks people can do more of and improve their ability to be better identifiers of information.”

Bouygues talked about her reasons for starting the Reboot Foundation, saying that “when you found something, a nonprofit, it comes from a personal experience.”

“My daughter is now 11 years old,” she said. “The reason I tried the foundation, originally, (was) as a mother I really wanted to understand better how to educate my daughter better in light of that fact that we’re not educating the way we were doing 30, 40 years ago.”

She added, “I found tons of articles of why screens are bad for you, but we found very little about what differently we’re doing in the digital world. What we need to do more is better critical-thinking education. I found that there were a lot of resources out there, but very little practical (details). It becomes very soporific very quickly.”

Bouygues said, “If I’m asking these questions, I should be making these resources available for other parents because of how important the topic is.”

Her confession: “You’re going to laugh at me, I even bought ‘Critical Thinking for Dummies.’ I tried to get through 20 pages of it, and I fell asleep.”

When you keep your eye on TV, what do you see? What are your likes or dislikes? What are your concerns and criticisms? Be as general or as specific as you wish. Send your comments to: Mark Pattison, Media Editor, Catholic News Service, 3211 Fourth St. NE, Washington, DC 20017.