Faithful Catholics from around the diocese have come together in the last few weeks at various locations – people from different parishes, of varying ages, both religious and laity, single and married, English- and Spanish-speakers. The numbers have varied by location, but all of them have one thing in common: a deep love for the Catholic Church and a desire to hear and be heard.

The Diocese of Fort Wayne-South Bend has been making progress on fulfilling Pope Francis’ call to ensure that members of the Church have a chance to contribute to the upcoming Synod on Synodality in 2023. The first step in the process is more than halfway to completion within the diocese with the listening sessions being held in each vicariate. “The focus is listening, and that’s really what I see,” said Anne Therese Stephens, synod coordinator for the diocese.

A synod is simply a meeting of bishops, called by the pope to aid in a particular matter. The difference in the Synod on Synodality is that Pope Francis has requested an additional step in allowing the people, including laypeople and clergy, to give their feedback on how the Church is building community among its members and other Christians. Armed with this information, the bishops will meet next year for the official synod. 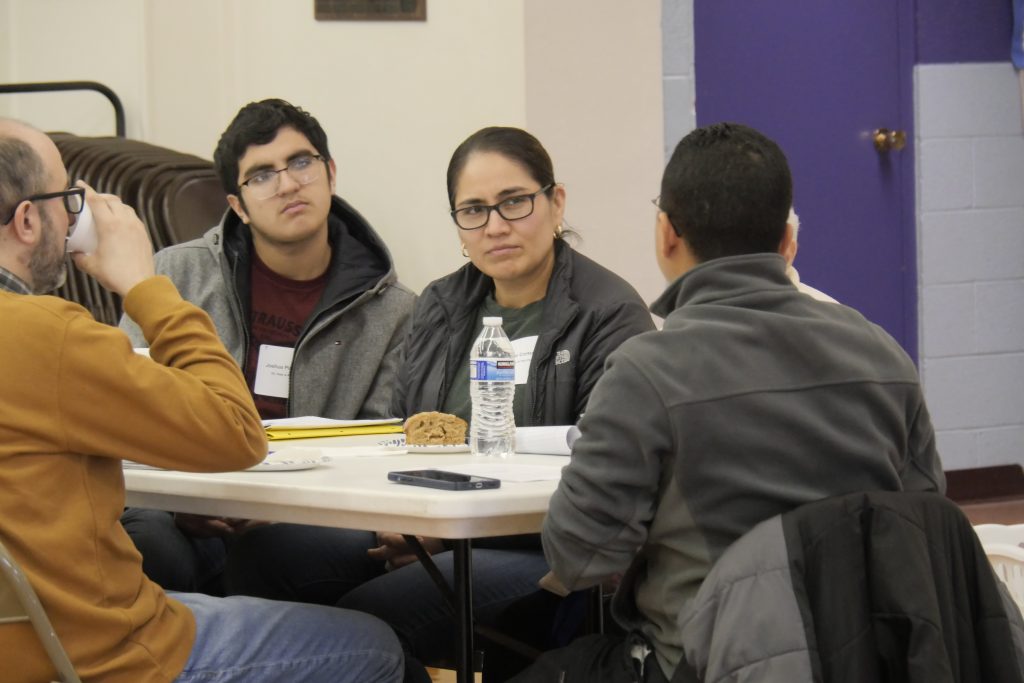 Members of parishes within Vicariate F of the Diocese of Fort Wayne-South Bend discuss the idea of journeying together at the synod listening session at SS. Peter and Paul Parish in Huntington on Feb. 12. People came from all walks of life to contribute their thoughts in advance of the meeting of bishops in 2023. 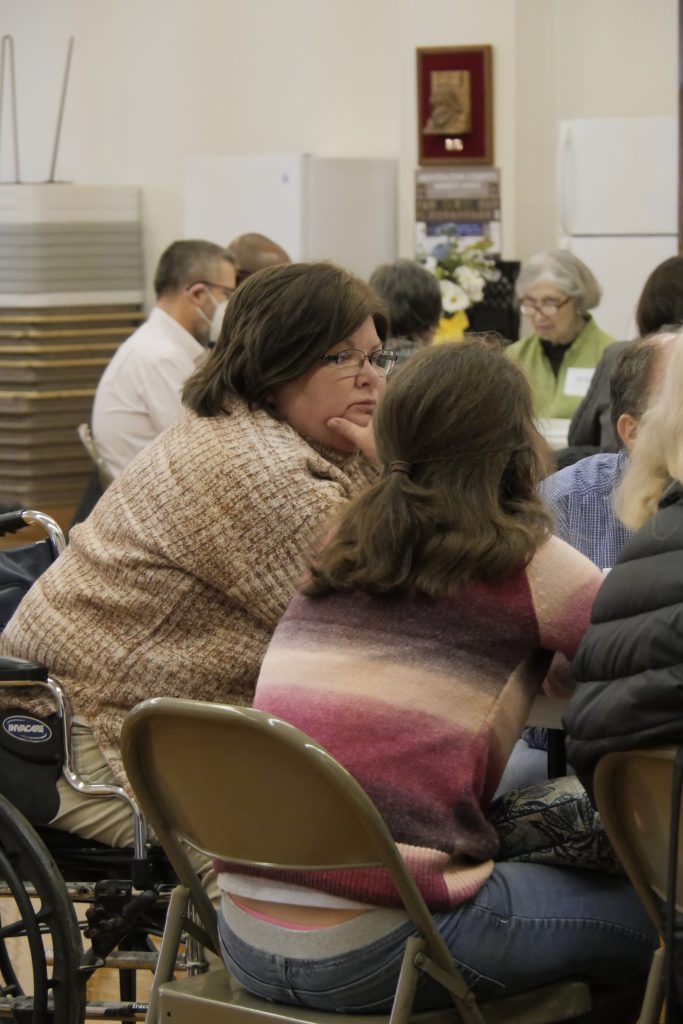 To collect this information, Stephens and other members of the diocese came up with several questions for participants to pray over before attending a listening
session at the appropriate site for their vicariate. As of this writing, four of the six sessions have taken place. Stephens has attended most of these sessions
and stated that “generally, they’ve gone well. The feedback I’ve gotten from people is that they’ve enjoyed hearing how concerned people are;” that the participants are “very invested and deeply in love with the Church and wanting to bring the Church to her fullest potential.”

Overall, there have been two themes that Stephens has routinely heard being brought to the bulk of the conversations. “I think evangelization and just educating people,” she relayed. “There’s this drive to move in that direction. And then the other is an increase for knowing the real presence of Jesus, like in adoration.”

Members of Vicariate E were invited to attend a listening session at St. John the Baptist Parish in Fort Wayne on Feb. 7. Father Andrew Budzinski emceed the evening, and reminded those present that a listening session was “not the time for theological debate,” but a time to listen to the guidance of the Holy Spirit and to make their voices heard. The roughly 80 participants were then broken up into smaller groups of around 10 people along with a volunteer moderator and note-taker for an hour’s worth of discussion.

Stephens reported that the number of attendees had varied so far, with around 130 at St. Anthony de Padua in South Bend being the largest crowd she had witnessed. The diocese has provided a Spanish-language translator to host groups more comfortable speaking in that language and the listening session at St. Patrick in Ligonier on March 8 will be bilingual.

Understanding the purpose of the synod may be difficult, but Stephens said, “I think that Pope Francis wanted the people who don’t normally speak to speak.” With that being the case, including bilingual sessions makes certain groups feel more comfortable in participating.

Due to her job as an advocate in the Tribunal, Stephens was a good choice to coordinate the synod at the diocese level. She is comfortable reading testimonies and putting them into orderly documents. It will be her task to condense all of the notes from the listening sessions into a 10-page document to be sent to the Vatican by June. She received instruction on the process last fall. “After reading the documents, my intention was to try to bring as much truth into it and make it as holy as possible, and keeping the mission of the Church in mind,” she said.

SS. Peter and Paul Parish in Huntington hosted the listening session for Vicariate F, which encompassed many of the smaller cities in the surrounding area. Father Tony Steinacker emceed the event and invited several other priests from parishes within the vicariate to attend. Discussions sometimes roused passionate feelings of joy and fervency for the Eucharist, and for the beauty of Catholicism, although no one seemed angry, merely ardent for growth within the Church.

Drew Stuart, one of the facilitators for the day, shared some of the things that he noticed from discussions with his group. “There was a desire to share and be heard,” he said, indicating that Father Dale Bauman brought a lot of good ideas to the forefront. “There was also a desire to help others understand the importance of the faith.”

Even beyond the synod, Stuart stated that the people in his group had “a desire to keep doing this; it was a great experience.” The big takeaway that he saw was for parishes to share ideas and work together more, rather than “reinventing the wheel.”