It has been nearly two decades since the Church confronted the unspeakable pain of childhood sexual abuse suffered by so many in parish families because it was perpetrated by priests.

The shock and devastation of these crimes, the suffering — although lived and experienced differently — continues. In his book titled, “A Letter to a Suffering Church” Bishop Robert Barron captured the depth of this pain when he writes, “The sexual abuse scandal has been for me and for millions of Catholics, especially for the victim survivors, lacerating.”

In the last 20 years or so, there have been many horrible stories shared, lives shattered, families broken and, in too many cases, lives lost to the pain of the abuse. 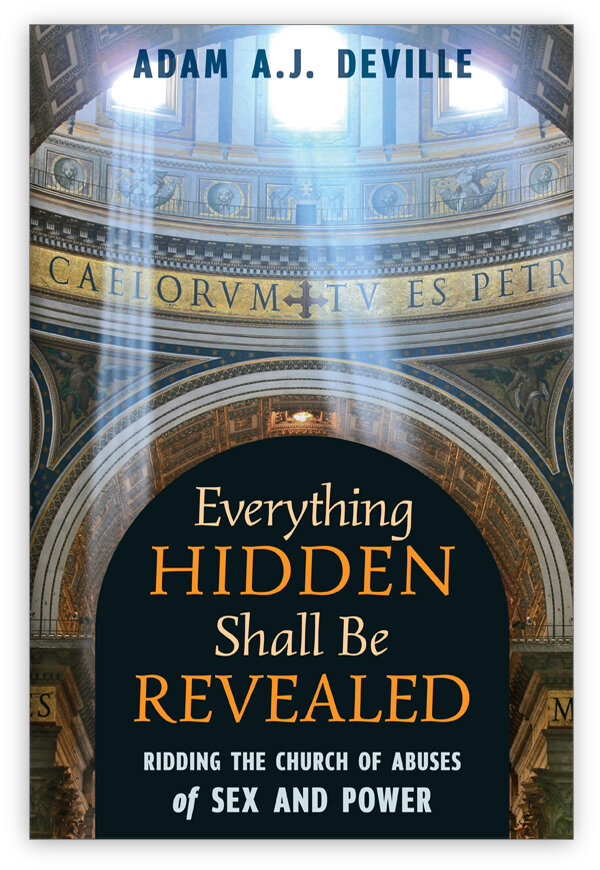 A.A.J. DeVille, Ph.D., associate professor and director of humanities at USF, is the author of “Everything Hidden Shall Be Revealed: Ridding the Church of Abuses of Sex and Power” (Angelico Press, 2019). This fall, DeVille will lead two Fort Wayne-based psychotherapy groups that aim to help in the healing of those affected by Church sexual abuse.

The crisis in the Church has not ended. However, it has changed. The pain of the abuse, both institutional and so very personal, still demands that the Church continue its efforts to reach anyone and everyone who has been harmed.

“Our efforts and journey for some measure of justice and healing for those who are still suffering, those known to us and those unknown, must continue,” said Mary Glowaski, victim assistance coordinator for the Diocese of Fort Wayne-South Bend. “So also must be our resolve to walk with anyone who has been harmed by this horrible chapter in the life of our Church.”

Dr. Adam DeVille, University of Saint Francis associate professor of theology, expected reactions from the ecclesial community when he wrote and published the book, “Everything Hidden Shall Be Revealed,” in 2019. The book detailed ways in which the structures of the Catholic Church needed to change following the 2018 resurfacing of allegations of sexual abuse by priests.

Instead, what landed on his doorstep via email, text, phone calls and after speaking engagements were emotional, personal accounts; people “pouring their heart out” about the pain and confusion experienced by themselves or family members and friends because of instances of Church sexual abuse and its aftermath. Although the book focused on his recommendations for structural reform and not on the experience of victim survivors and those in the pews, individuals affected by abuse seemed to take it as permission to share with him their painful and very personal experiences.

At first bewildered by what to do about the outpouring of hurt, DeVille realized, “They need a place to tell their story and work this through. They needed more than the Church is offering.”

He began to feel called to pivot from the academic toward helping those who have been affected by such abuse to heal.

Before joining the faculty of the Fort Wayne university in 2007, DeVille had extensive training in clinical psychology and has nearly completed his degree. In September, under the umbrella of Phoenix Associates Counseling Center on Lake Avenue, he will begin leading a male-only supervised psychotherapy group, since the largest group of victim-survivors of abuse in the Catholic church are male.

A support group of approximately six weeks in length will also be offered for those who have watched loved ones wrestle with the aftermath of abuse. The support group, DeVille said, “needs to be kind of fluid to see where people are at and what their needs are. We’ll adjust accordingly.” Both groups will be confidential and take place in-person at a Fort Wayne location.

“This is taking a toll on them as well,” he acknowledged.

“I have been approached for 2-1/2 years by people who feel they are sort of bereft and left on their own in trying to work though the aftermath of abuse in Church,” DeVille said. The biggest part of those conversations has been their sense of isolation — a feeling not remedied by monetary settlements or individual therapy. “The way they’ve put it to me is, they feel like they’re on their own.”

Working with Glowaski and in consultation with other dioceses, DeVille hopes to be among the individuals and dioceses that are doing more to help victim survivors and their spouses and other family members, as well as parishioners of parishes that have been affected by allegations made against a current or previous pastor. The groups are a place where those affected can talk through what they’re feeling about the situation, lean on others for support and find resources.

Because church sexual abuse is not limited to the Catholic Church, DeVille invites victim-survivors of all faiths to come and be supported in their search for understanding and healing. Initially, the groups will afford the opportunity to come together and share experiences with each other, which DeVille said will likely suggest other types of support that could be offered in the future. “I think there might be a lot of unmet need out there,” DeVille said.

If giving victims a place to tell their stories and work through their experiences one day makes efforts like DeVille’s unnecessary, his response would be “Glory to God,” he said. “The idea is that a patient feels like healing has taken place and is able to comfortably get back to their lives.” But his hunch is that such a day could be several years away.

Anyone interested in attending one of the groups should express that intention to Deville. He can be reached at [email protected] or 260-424-0411.