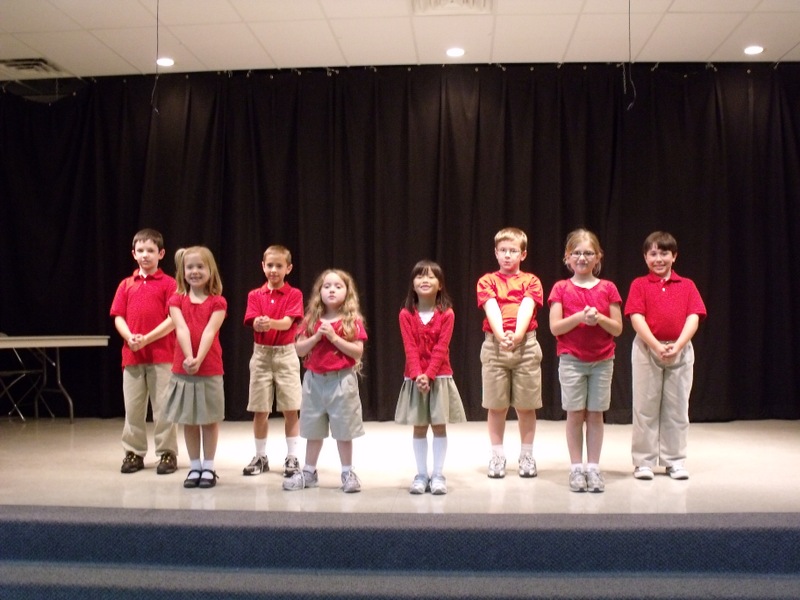 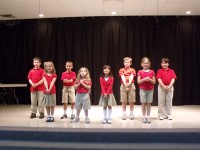 PLYMOUTH — Traditionally, on the last day before summer vacation at St. Michael School in Plymouth, the students put on a talent show for friends and parents. Thursday, June 3, was that day.

The talents were terrific. Piano recitals, the fourth grade singing “We are the World,” and a song and dance by Mary Kate Flynn and Madeline Magee brought the house down, but a special surprise was in store when a group of students sang the Chinese New Year song in Mandarin.

A parent group at St. Michael’s had an interest in having their children learn Chinese as a second language. Loretta Dobuck took the initiative and reached out to Culver Academies to see if there was a program available that would fill their needs.

She was referred to Ning Schultz, who heads the Chinese program in the Department of Modern and Classical Languages at Culver. Schultz was equally as excited about the opportunity and said, “I am thinking about making this a senior project for our students (from China) on campus.”

Schultz mused that they “might have a very good candidate(s) there.”

She also noted that the academies have an outreach project attached to their Chinese program. Schultz asked if some of the Chinese culture could be injected into the program, as this would keep the interest of the younger students. Hence, the decision to sing the Chinese New Year song came about.

After she successfully found a program, Dobuck approached St. Michael Principal Trudy Nawara to see if the school would be interested in offering this as an after school, extracurricular program two days a week.

It was immediately approved by Nawara and the administration moved forward with the pilot program.

The teachers are Culver Academy juniors Zixin Wei, Dongyue Li and their instructor.

It was agreed that St. Michael would run the pilot program with two classes: one for first-through-third graders and one for fourth-through-eighth graders. Classes began in March.

The Mandarin Chinese program has been such a success that next year, younger students will move up to the advanced level program.

A proud grandfather at the talent show program, John J. Oliver, Sr. said, “I truly hope this language effort gathers momentum. These kids will have a huge career advantage if they become fluent in Mandarin.”

Oliver’s opinions are well founded. Chinese is the world’s oldest language, stretching back over 3,500 years. Chinese is the largest ethnic grouping in the world and is spoken by more people than any other language.

Nathan Oliver is just as enthusiastic. He said, “Winnie, my teacher, is so much fun. I love to write in Chinese and would love for me and my papa to go to China someday.”