DETROIT (CNS) — It took just 319 years, but the Vatican has recognized the special dignity of Detroit’s oldest parish, Ste. Anne Parish, with the designation of its church as a minor basilica.

Msgr. Charles Kosanke, pastor of Ste. Anne and nearby Holy Trinity Parish, announced the news March 1 during weekend Masses. Detroit Archbishop Allen H. Vigneron will mark the historic occasion during a Sunday, April 26, Mass when he will read the decree from the pope.

The honor, bestowed by Pope Francis through the Vatican’s Congregation for Divine Worship and the Discipline of the Sacraments, makes Ste. Anne the second basilica in the Archdiocese of Detroit and the third in Michigan. Nationwide, only 86 churches carry the designation, and about 1,700 churches worldwide. 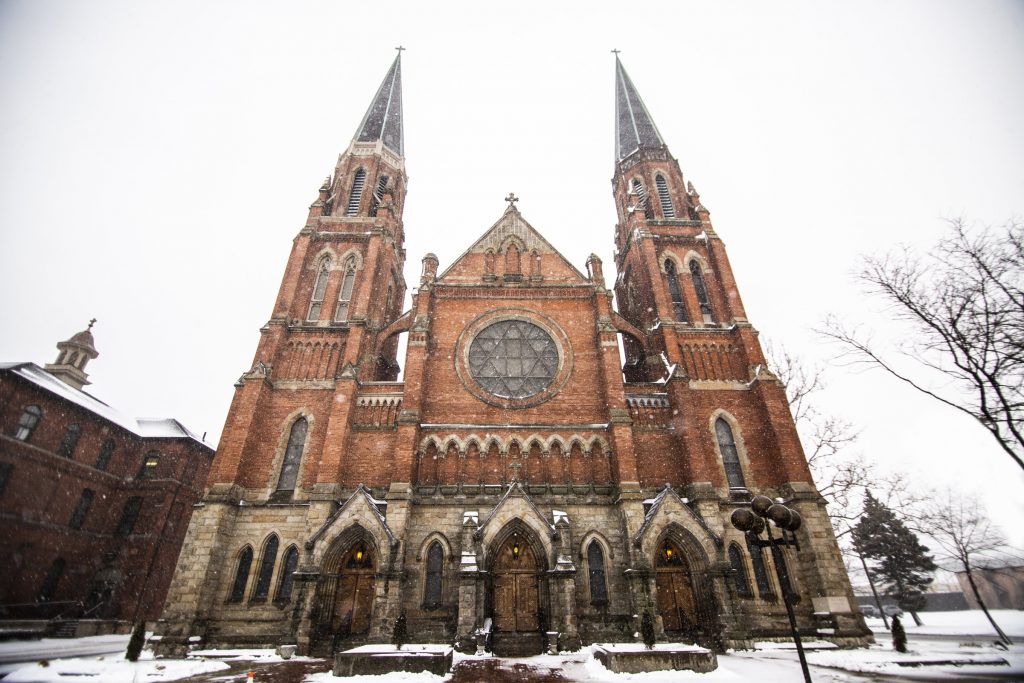 Congregants at a March 1, 2020, Mass at Detroit’s Ste. Anne Church, shown in this Feb. 26, 2020, photo, heard the announcement that Pope Francis had designated the church as a minor basilica. The parish was founded in 1701 by French missionaries, two days after the founding of the city itself. The current church is the parish’s eighth. (CNS photo/James Silvestri, Detroit Catholic)

Msgr. Kosanke expressed his gratitude to the pope and to Archbishop Vigneron for championing the cause, which began when the parish submitted a 223-page application to Rome in July 2018.

While the Cathedral of the Most Blessed Sacrament in Detroit remains the principal church of the archdiocese, basilicas often hold places of special honor as pilgrimage sites and signify a closer relationship with the pope.

Ste. Anne Church has long held a privileged place in the Archdiocese of Detroit, but its status was raised further in 2011 when Pope Benedict XVI recognized St. Anne, the mother of Mary and the grandmother of Christ, as the patroness of the local Catholic Church.

“We probably have about 15,000 people a year come on some type of pilgrimage to venerate the relics at Ste. Anne’s, mostly during our July novena, but also throughout the year,” Msgr. Kosanke said.

While Ste. Anne Church’s history and prominence alone might suggest its designation as a basilica, Msgr. Kosanke said it was the parish’s outreach to the poor that caught Pope Francis’ eye during a September 2017 visit to the parish by the Sistine Chapel Choir.

“I was told by the director of the choir that when Pope Francis went over the itinerary to approve it, he was very interested that the concert at Ste. Anne’s was free to the community,” Msgr. Kosanke said. “We wanted the concert to be free so that anybody, regardless of economic background, could come and enjoy the pope’s choir, and the director told me how touched the pope was.

“So, after that performance, which went very well, that’s when we said, ‘We’ve got to start this process (of applying to become a basilica),” Msgr. Kosanke said. 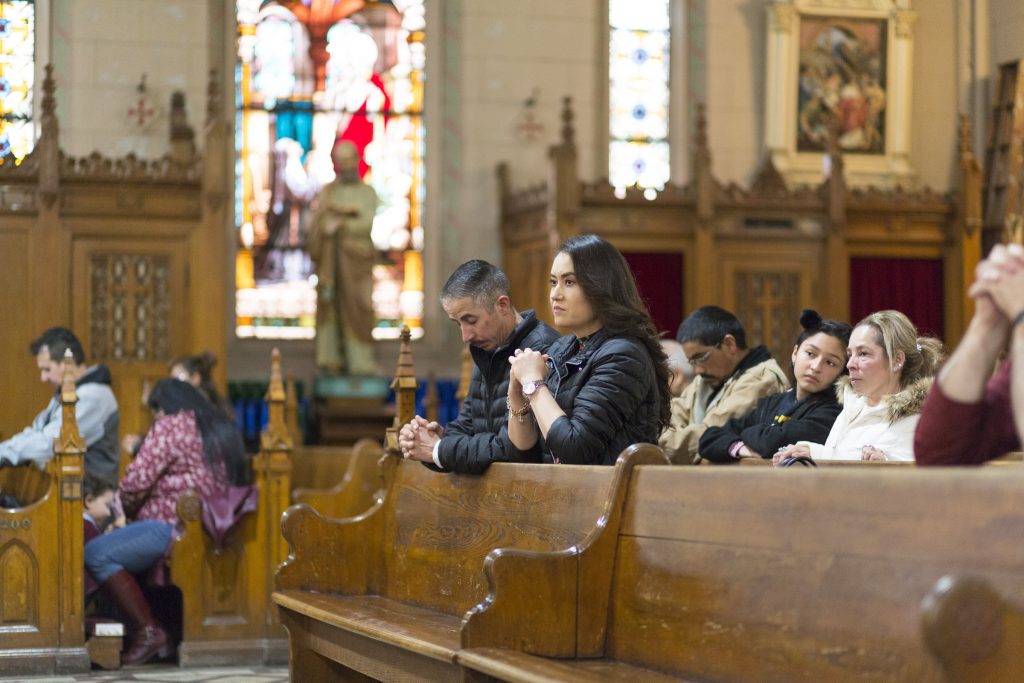 Congregants at a March 1, 2020, Mass at Detroit’s Ste. Anne Church heard the announcement that Pope Francis had designated the church as a minor basilica. The parish was founded in 1701 by French missionaries, two days after the founding of the city itself. The current church is the parish’s eighth. (CNS photo/Joe Skipinski, Detroit Catholic)

After gathering the requisite materials — which included historical documentation, photographs of the church’s interior and exterior, and information about the parish’s ministries, liturgies and worship space — the parish presented them to Archbishop Vigneron, who forwarded the application to the U.S. Conference of Catholic Bishops’ Committee on Divine Worship in July 2018.

The conference sent the materials to Cardinal Robert Sarah, prefect of the Congregation for Divine Worship and the Discipline of the Sacraments, and Archbishop Vigneron heard back from the congregation in January.

The faithful can receive a plenary indulgence for prayerfully visiting a basilica during certain days of the liturgical year, provided they are properly disposed via receiving sacramental confession, Communion and praying for the intentions of the pope.

Ste. Anne’s origins are French, but today it is the spiritual home to 575 registered families representing a diverse congregation that is predominantly Hispanic, but also includes African Americans, Filipinos, whites and other ethnic groups.

In 2018, the parish was selected as one of 20 parishes nationwide to participate in Matthew Kelly’s Dynamic Parish program, through which Kelly’s organization would invest $1 million over five years through engaging events, programs and services.

Since it is 133 years old, Ste. Anne Church is in need of some renovations, Msgr. Kosanke said, and a campaign will be undertaken soon to finance repairs to the interior and exterior.

“The church will eventually be air-conditioned,” Msgr. Kosanke said. “And then phase two is the interior, replastering, repainting, refinishing the pews, restoring the organ, the stained-glass windows, cleaning them for the first time in probably its history. And then phase three will be the redoing the campus, including the plaza. So, it’s going to be quite a project that’s going to take a few years to do.”

Stechschulte is editor-in-chief of Detroit Catholic, the news outlet of the Archdiocese of Detroit.