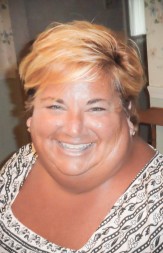 Education is more than a profession: It is a vocation. This reality is imbued throughout the faculty and staff of St. Therese School, Fort Wayne, where the staff’s mission is “to learn and share the Gospel and serve all God’s children.” Part of responding one’s vocation, however, is following God’s sovereign will to wherever he may desire, even if that place is heaven.

That devotion, during the current school year, has been challenging for the school. On Aug. 24, 2016, St. Therese lost its principal, Chuck Grimm, to a four-year battle with cancer. On Dec. 28, 2016, Kimberly Cragun-Reber, a middle school English teacher at St. Therese, also lost her battle with cancer. Most recently, on Sunday, May 14, Jeanette Donovan, the new principal of St. Therese School, suffered a heart attack, going to her eternal home at the age of 53.

“Chuck, Jeanette and Kim had been colleagues for quite a few years at St. Therese, and each brought their own unique gifts that enriched the school,” stated Marsha Jordan, superintendent of schools for the Diocese of Fort Wayne-South Bend, “Though the loss of each of these individuals has been difficult for staff and students, there is comfort in knowing that they are now experiencing the joy of eternal happiness in heaven.”

Born in Indianapolis, Donovan was the daughter of the late John “Jack” Donovan and Mary Donovan, who later transitioned their family to the Fort Wayne area. Jeanette Donovan attended and graduated from Bishop Dwenger High-School. She earned her bachelor’s degree from Purdue University and two master’s degrees from Indiana University-Purdue University Fort Wayne.

For over 30 years, Donovan poured her passion for education into the students and schools of the Diocese of Fort Wayne-South Bend. Her career in education began at Sacred Heart in 1985. She then moved to Benoit Academy, where she served as a teacher and, later, principal. In 2008 she moved to St. Therese, where she began teaching fourth grade.

When Grimm passed away, Donovan assumed the role of principal — at that point, an interim position.

For Donovan, education was a passion and her vocation, and she had a knack for making learning fun. Kim Kiracofe, secretary of St. Therese School and a long-time coworker of Donovan, remembers working with Donovan at Benoit Academy, watching the creative ways she helped her students learn. She remembers, “hearing Jeanette across the hall playing spelling games: she wrote spelling words on the board, and they had to smack the right word with a flyswatter. She made learning fun.”

Donovan’s passion for education carried into the summer, when, for the past seven years, she has involved in St. Henry’s Summer Clubhouse as a teacher and as director, a position she had been planning to assume again this summer. She was also a board member for the St. Henry Community Center and Gardens.

Jordan remembered: “It was easy for Jeanette’s students to know that she cared deeply for them because she always listened first, counseled them wisely and helped them make a plan to improve. It might be a quick check in with her in the morning, or special time with her in the afternoon. It could be a treat for mastering a lesson, making the honor roll, or showing service or kindness toward another student. Every student, I’m sure, thought they were her favorite, because she went out of her way to connect with them all.”

Jordan continued: “Jeanette loved teaching math and used different techniques and games to make math fun for her students. When Chuck Grimm became so ill at the beginning of the school year, he asked Jeanette to step into the role of principal for him. Jeanette agreed to do this, because of her friendship with Mr. Grimm and commitment to St. Therese, but she also made me promise her that she would be able to go back into the classroom to teach because that was her passion and strength.”

A Mass of Christian Burial for Jeanette Donovan took place on Fri., May 19. She is laid to rest in Catholic Cemetery.