On Veterans Day in 2019, the rectory of St. Patrick Parish in Arcola burned down. Thirteen months after the destructive fire, Father Thadeus Balinda, who was unharmed in the incident, happily welcomed Bishop Kevin C. Rhoades to bless the new priestly home at St. Patrick on Dec. 22. 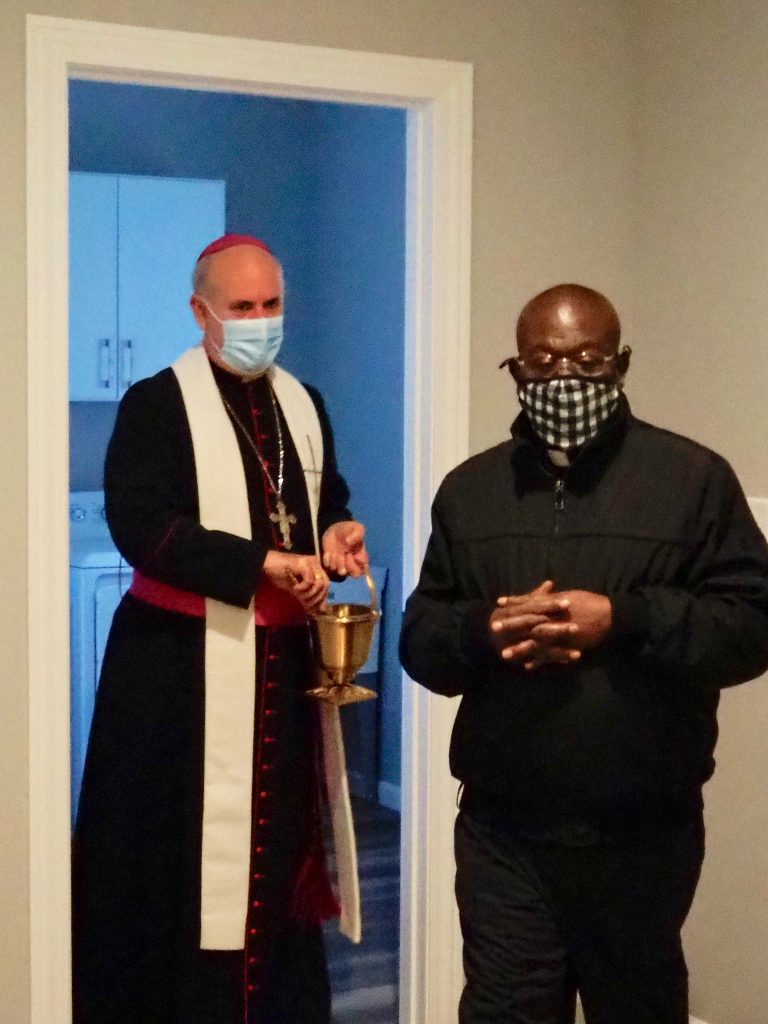 Bishop Rhoades began by blessing Father Balinda and all priests who would take residence there in the future. After this, he proceeded to say a house blessing and sprinkled each room with holy water. Father Balinda thanked the bishop heartily and introduced him to a few people who play a large role in the faith community. According to Father Balinda, “Everybody should have been here” to welcome the bishop and thank him for coming. Instead, because of the COVID-19 pandemic, a small group representing the parish was invited.

Two of those in attendance were the couple who saved Father Balinda’s life a year ago. Carl and Lisa VanAllen live across the field from the rectory. Lisa reported that on that night that she happened to look out her patio door and saw something unusual in Father Balinda’s living room – a fire.

Both she and her husband reported that checking the patio door was not normally something she did every night, but she happened to do so at around 10 o’clock in the evening. Lisa called 911 while Carl went to wake Father Balinda, who had already fallen asleep.

“By the time I came over and started kicking the door down, flames were already shooting over the house,” Carl said.

At first, Father Balinda did not answer. He had been sleeping deeply and believed someone was trying to break into the house, he said. Carl, a retired volunteer firefighter, recalled assisting Father Balinda out of the house, with both of them crouched down to about 4 feet because of the smoke that was already filling the house.

Of saving Father Balinda’s life, Carl said, “A few minutes more and it might have been different. It was divine intervention.” The heat from the fire had been so intense that even the concrete patio needed to be replaced.

Many of the attendees agreed that it was a miracle that Father Balinda came through unscathed, and they were thrilled to see a beautiful new house take the place of the wreckage.

Among those invited to the blessing were Roberta Davis, director of religious education; Jerry and Susie Fawbush; who housed Father Balinda after the fire; and Priscilla Van Allen, housekeeper for the parish priest for 40 years, now retired.

The new house is a spacious one-story with an office for the priest. It faces the church and Arcola Road and has two spare bedrooms for visiting priests or seminarians, separated from the pastor’s quarters. All of the furnishings and décor were chosen by parish secretary Patricia Denihan, who said she tried to make the living spaces homey and still masculine for any priest who might occupy the space in the future. 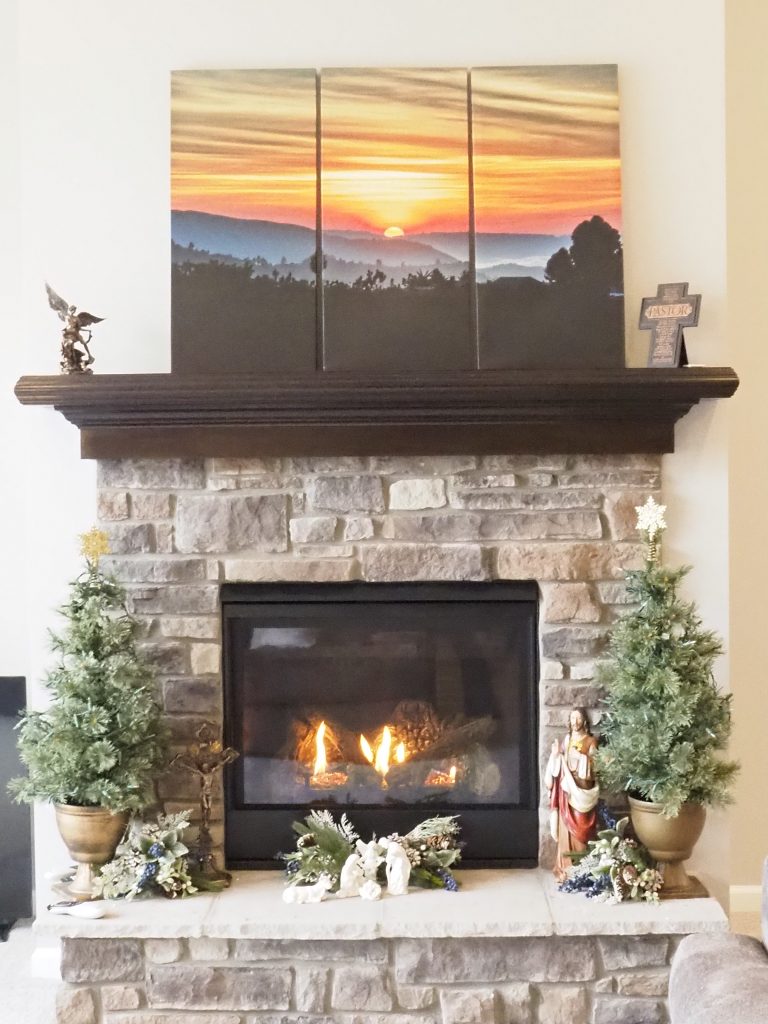 One of the most beautiful and meaningful features of the décor is a large picture above the fireplace of a Ugandan sunrise, in honor of Father Balinda’s home country. Denihan stated that she wanted something in the home to resound with his homeland and her daughter found the picture, which happened to fit perfectly on the mantle.

Fortunately for the parish, all parish records had been moved to the new parish office in 2006 and so were not harmed in the fire.

Father Balinda is grateful to the community that has provided for him throughout the last year. He said, “When all this happened, I received so much consolation in all ways from this community. God is great.”