For one day, the Western world seeks to become Irish. Around March 17, t-shirts proclaim things like “Kiss me, I’m Irish” and a slew of “Lucky” slogans and shamrocks burst into every area of merchandising like performers in a flash mob. Sometimes Catholics even think that St. Patrick’s feast day negates the Lenten requirement of abstaining from meat, which it doesn’t. Bars are crammed full of revelers celebrating the well-known “holiday.” How did honoring the saint who converted the Emerald Isle become nothing more than an occasion to drink green beer? 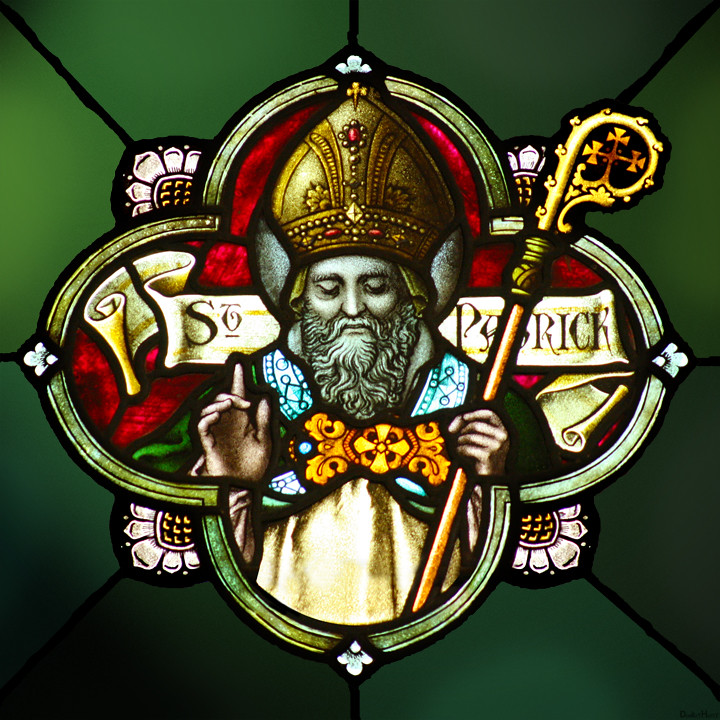 St. Patrick was more than a bishop in green robes holding a shamrock. At different points in his life, he had been a slave, a stranger in a foreign land and a man who influenced countless numbers of people who followed him.

In many ways, he was like Abraham of the Old Testament. Like St. Patrick, Abraham was called by God to leave the people, places and things that were comfortable to him and to journey to another land. Both men became great leaders of multitudes of people. Through Abraham, the Jewish people, God’s chosen people, were quite literally born. Through St. Patrick, one small nation was converted to Christianity, and through that nation much of Europe.

Ireland is commonly known as “The Land of Saints and Scholars,” and for good reason. In the book “Triumph: The Power and the Glory of the Catholic Church,” H.W. Crocker III outlined St. Patrick’s influence throughout the whole of Europe at a time when the Roman Empire was crumbling under invasion by groups such as the Visigoths. He explained that St. Patrick was able to teach the Irish in a manner free from corruption of the heresies that had long plagued Europe.

“Patrick not only Christianized Ireland, but inspired a missionary diaspora from the Emerald Isle to Europe, promoting a Catholicism that was perfectionist in its monastic thrust,” Crocker wrote.

Various sources, including the website www.Biography.com, state that Patrick was likely not the given name of the fifth-century saint, though his birth name is not known with complete certainty. This is yet another commonality he has with the Jewish patriarch, Abraham. The changing of both men’s names pointed toward the change in their lives and their God-given callings. 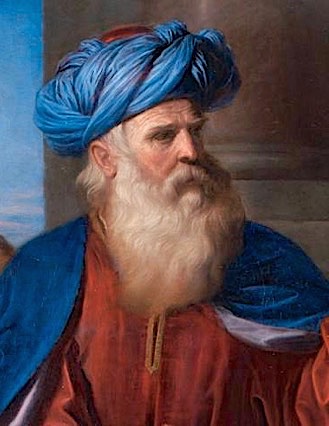 In a homily given by Father Luke Okoye, parochial vicar at St. Elizabeth Ann Seton in Fort Wayne, he spoke about Abraham and the changes that God wrought in his heart and his life. He pointed to the reading for the second Sunday in Lent in which God established His covenant with Abraham. “Abraham was transformed into a father of nations simply because he obeyed,” Father Okoye said.

He further expounded on the idea of transformation; the transformation that takes place at every Eucharistic celebration and the personal transformation in which God changes the hearts of His children. Lent in particular is a time to allow and encourage this change, when all should say to God, “Change me, transform me,” as Father Okoye stated.

God called both Abraham and St. Patrick to leave their homeland and without question, both went forth. In Genesis, God promised Abraham, “I will bless you; I will make your name great, so that you will be a blessing.”

Both Abraham and St. Patrick exemplified this conversion and blessing with their lives. They became blessings for the nations, spreading the faith beyond the borders of the lands in which they lived. As bishop, St. Patrick – and the holy men and women who came after him, such as St. Brigid of Kildare and St. Columba – established monasteries throughout Ireland. These monasteries brought forth missionaries to the rest of Britain and mainland Europe. Crocker also wrote that the Irish “became masters of rhetoric and scholarship, which were elsewhere being trampled under barbarian heels. Irish monks would thus become the tutors of Europe.”

“Green martyrdom” became an attribute of Irish monasticism. Thomas Cahill spoke of this in his book “How the Irish Saved Civilization: The Untold Story of Ireland’s Heroic Role from the Fall of Rome to the Rise of Medieval Europe.” Knowing that unlike the martyrs, they would not lose their lives for God, they chose to give them up in a different way – by “leaving behind the comforts and pleasures of ordinary human society” to inhabit desolate places “to study the scriptures and commune with God,” wrote Cahill.

Irish aestheticism sacrificed everything to deepen the relationship between men and God, the same way that Abraham was willing to sacrifice everything – including his own son – in his devotion to God. This was rewarded with descendants as numerous as the stars, as the Genesis reading proclaimed.

Years after St. Patrick converted much of Ireland, the Irish converted their neighbors. Cahill continued: “Just as the new English invaded the old Celtic territories, the Irish monks launched a spiritual invasion of England from their island monastery of Lindisfarne in the northeast corner of Northumbria, establishing new monasteries in brisk succession.” Similar to Abraham are the sundry heirs of St. Patrick, the beneficiaries of his evangelization.

In the Diocese of Fort Wayne-South Bend alone, there are six churches named for the great saint: one in both Fort Wayne and South Bend, Arcola, Walkerton, Ligonier and an oratory in Lagro. These parishes and others not named for St. Patrick were established and built by Irish immigrants who came to northeast Indiana for work, carrying their faith with them.

As Father Okoye indicated in his homily, all Christians who hear God’s call and allow themselves to be transformed through obedience can do great things for the Lord, spreading the faith as Abraham and St. Patrick did.