The Spanish-speaking community of St. Dominic Parish in Bremen gathered Good Friday evening for the commemoration of Christ’s passion.

After the Liturgy of the Word, including John’s account of the passion, St. Dominic’s pastor, Father Fernando Jiménez, delivered his homily, saying in part, “On this holy day, we gather to meditate on Jesus’ total self-giving in a loving sacrifice for our salvation, we are able to understand better the practices of the Old Testament that were performed in preparation for what was about to come.”

Father Jiménez went on to cite the scriptural references of Jesus being called the temple. Like the altar is made of stone, Christ was also referred to as the “supernatural rock” and the “cornerstone.” 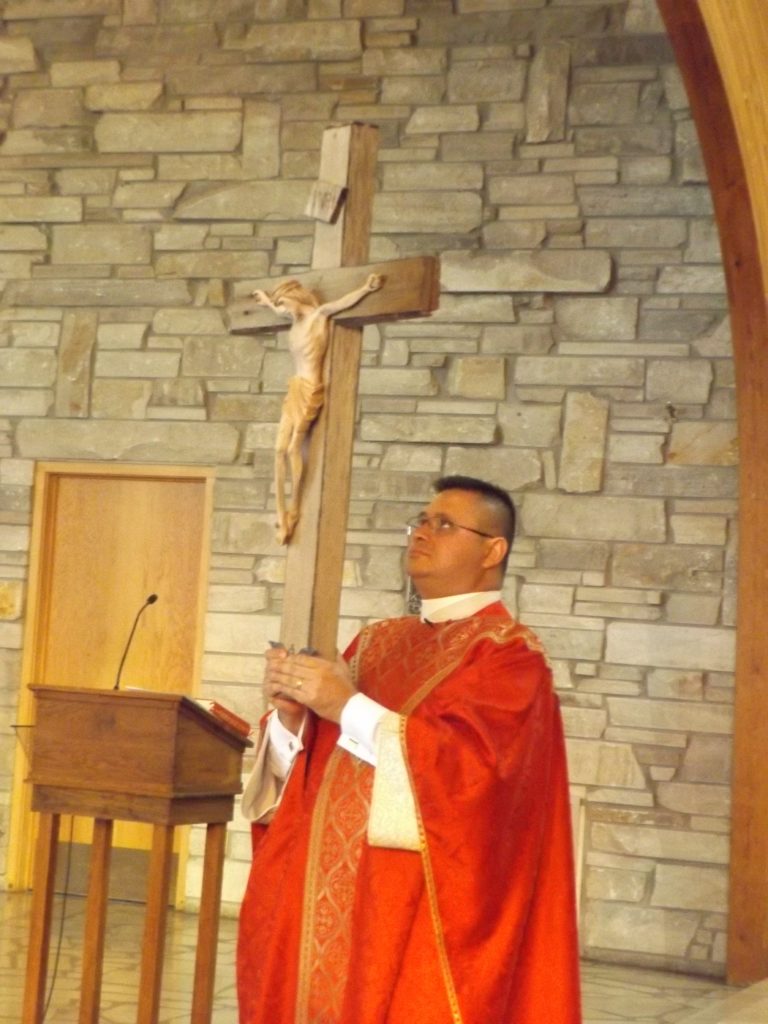 Photos by Denise Fedorow
Father Fernando Jiménez, pastor of St. Dominic Parish in Bremen, prostrates himself before the altar during the Celebration of the Lord’s Passion, signifying the grief and sorrow of the Church. St. Dominic parishioners celebrated Good Friday services, which included veneration of the cross on which the Lord died, at 1 p.m. and 6 p.m.

Father Jiménez spoke of the power of the Lord’s blood saying, “If you desire further proof of this blood, remember where it came from, how it ran down from the cross, flowing from the Master’s side. The Gospel records that when Christ was dead, but still hung on the cross, a soldier came and pierced His side with a lance and immediately there poured out water and blood. Now the water was a symbol of baptism and the blood of the Holy Eucharist.” Father Jiménez said both sacraments are needed for salvation. 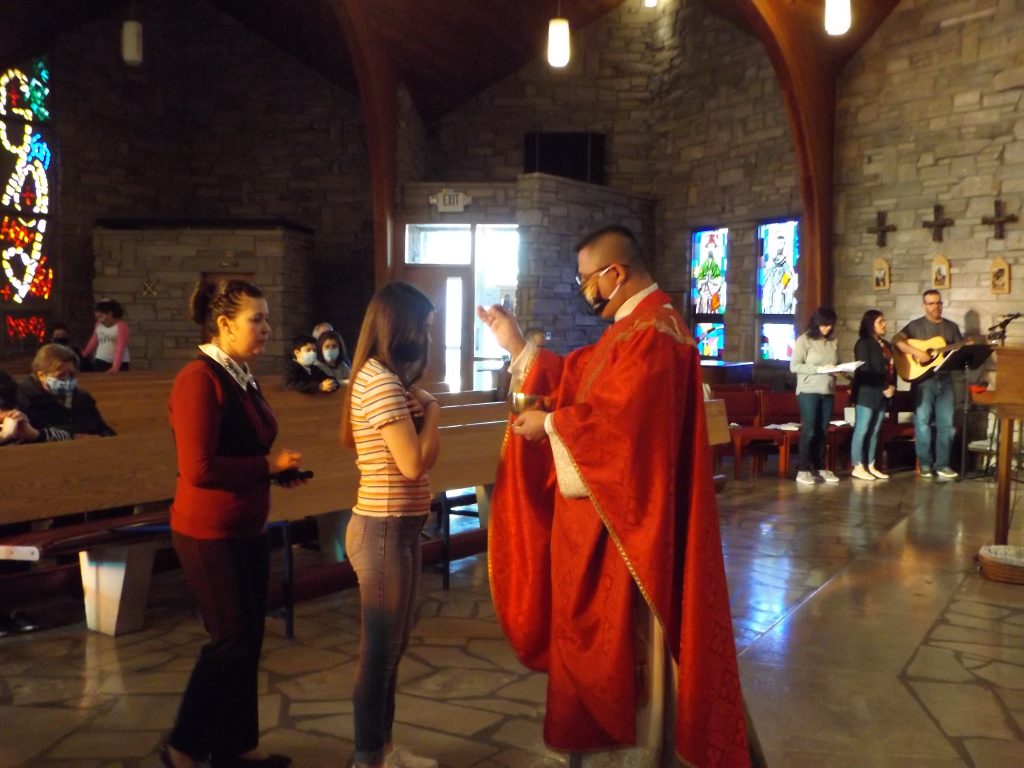 He completed his sermon by stating, “Jesus freely accepted the cross because He loves you and wants us to live free of sin in a new life. Many feel sorry for how Jesus was treated, but the whole reason was so we may live. Rather than sorry, let us be thankful for the perfect sacrifice which Jesus offered for our redemption.”

Father Jiménez later unveiled the crucifix for the congregation to venerate.