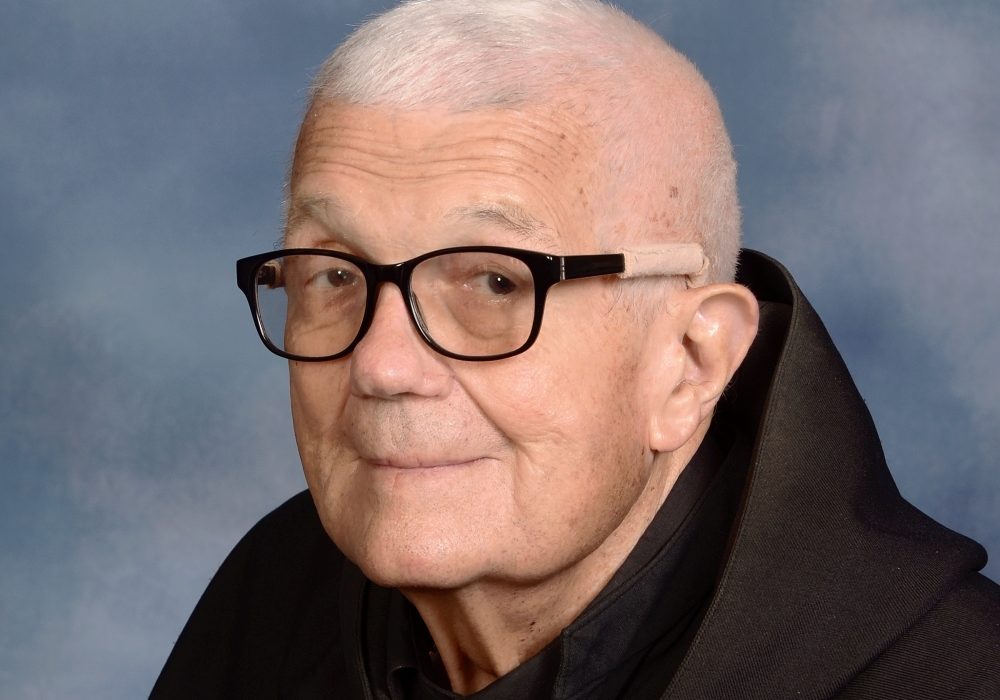 A priest’s calling in life is to go where God sends him, and Father Joseph Kiene, OFM Conv., spent many years following God’s will before he was called home on July 17. Father Kiene is fondly remembered for his pastoral manner at each place he was assigned.

Born in Lima, Ohio, Father Kiene joined the Order of Friars Minor Conventual (Conventual Franciscans) through Mount St. Francis minor seminary in southern Indiana. He was ordained on Feb. 22, 1964, at St. Paul Cathedral in St. Paul, Minnesota. A few years after his ordination, he took on the role of naval chaplain, spending seven years in the Pacific, including Guam and California.

During his time serving the U.S. Navy, he built relationships with military members, bringing the love of Christ to them. He was credited with increased attendance at Catholic Masses during the time and was available to anyone in need, regardless of religious affiliation. Father Jim Kent, OFM Conv., said that “when he arrived, Father Joe visited every individual and family on the chaplain office list, whether they were Catholic or not.”

The desire to serve the military did not leave Father Kiene. After a two-year stint as a prison chaplain for the Wisconsin State Prison, he was moved to Indianapolis to serve as chaplain at the Veterans’ Administration Hospital. He was there for 30 years, with a dual chaplaincy for the Indianapolis Metropolitan Police Department.

“He was very much respected there,” said Father Kent. “From the clerical staff to the security guards to the other chaplains, he was known and well loved by all.” He shared the story of a man who approached Father Kiene in a grocery store to thank him for his kindness when he assisted the police in informing him of the death of his son.

Retired from active ministry in 2013, Father Kiene had been in residence at St. Anthony of Padua in Angola, visiting nursing homes in the area and meeting the spiritual needs of the residents. After so many years serving as a chaplain, Father Kiene was unsure of his place in a parish; but St. Anthony pastor Father Robert Showers, OFM Conv., said that he adjusted quickly and became “irreplaceable” for his contributions in serving the elderly of the parish. As the regular celebrant of 7 a.m. Mass on Sunday, Father Kiene became well known and loved by those who attended that service. When he went to live in the nursing home during the latter months of his life, many of the altar servers from that Mass came to visit him. 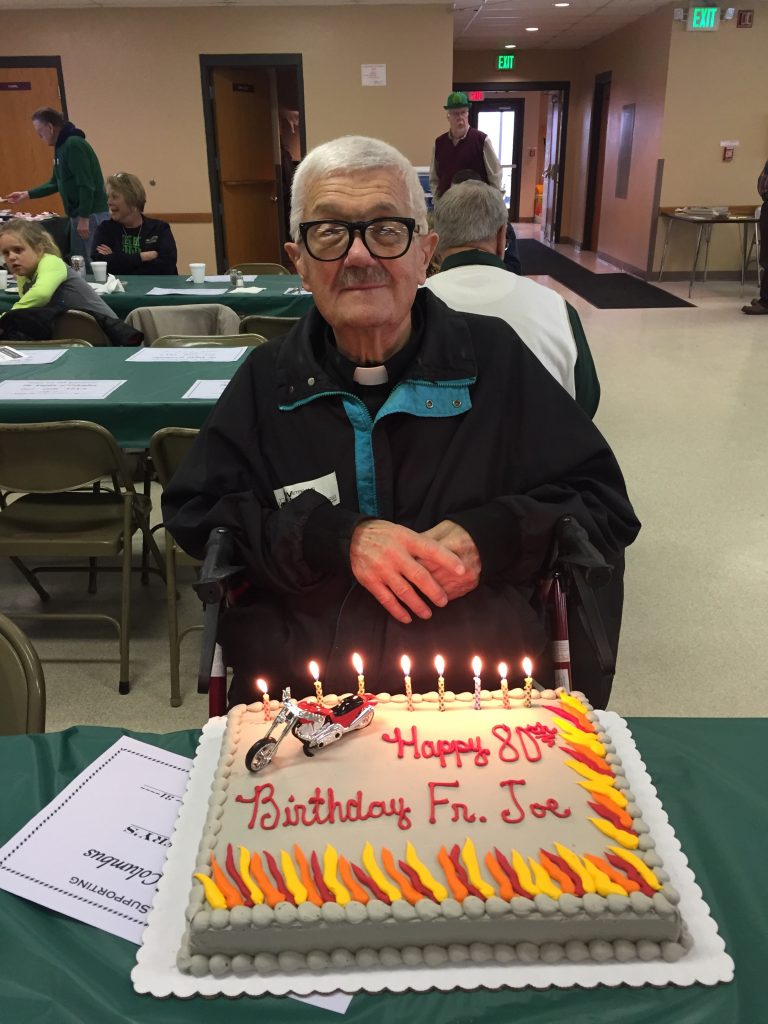 Father Joe, as he was known, celebrated his 80th birthday in 2017 at St. Anthony of Padua Parish, Angola.

Patti Webster, office manager at St. Anthony, recounted a story that sums up Father Kiene’s service. She stated that Father Kiene took daily walks on the sidewalk along U.S. 20, and one day a man called the office desperately seeking a priest for confession. Webster told the man that there were no priests in the church at that time, but the caller spotted Father Kiene sitting along the highway on his walker and stopped and ask to give his confession. The sight of the man kneeling in the grass at Father Kiene’s feet while cars sped along the highway remains imprinted in Webster’s mind as the holiest event she has ever witnessed.

Father Kiene was 83 years old at the time of his death. Funeral services took place July 30 at St. Anthony of Padua. He will be returned home to rest at Mount St. Francis.