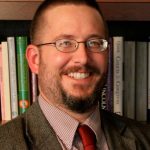 Barring the confluence of several successful legal challenges, Joe Biden will be sworn in as the 46th president of the United States on Jan. 20.

For American Catholics, and especially those of us in the Catholic press, the advent of the second Catholic president poses even more challenges than the foreshortened term of the first one. Joe Biden is a Catholic, baptized and confirmed and practicing. He is also a dissenter from Church teaching, most notably on abortion but also on (among other things) artificial contraception, embryonic stem-cell research and marriage. (And, on the latter point, not just in theory: He presided at the civil marriage of two men while vice president.)

When the U.S. Supreme Court handed down its decision in Roe v. Wade, Biden opposed it; but in 1974, he adopted the position later made famous by New York Gov. Mario Cuomo: “personally opposed, but ….” The outlines of that position had been drawn 14 years earlier by the first Catholic president, John F. Kennedy, in his speech as a candidate to the Greater Houston Ministerial Association, when he declared that “I believe in a president whose religious views are his own private affair” and “I am the Democratic Party’s candidate for president, who happens also to be a Catholic. I do not speak for my Church on public matters, and the Church does not speak for me.”

For the better part of his five decades in public office, Biden set personal limits on what he would and wouldn’t support with regard to abortion and largely adhered to them. While not supporting any federal restrictions on the core decision in Roe, he did, in 1982, vote in the Senate for a proposed constitutional amendment to return the issue of abortion to the states. For decades he supported the Hyde Amendment and the Mexico City policy, which, respectively, forbade the use of federal funds for abortions domestically and overseas.

But as vice president from 2009 to 2017, he did not publicly oppose President Barack Obama’s repeal (through executive order) of the Mexico City policy. And in running for president in 2020, Joe Biden cast off the last of his personal limits. He announced that he no longer supports the Hyde Amendment, and he has pledged to back legislation to enshrine Roe v. Wade in federal law, should the U.S. Supreme Court overturn Roe and return regulation of abortion to the states. He has stated that the Biden administration’s “Justice Department will do everything in its power to stop the rash of state laws that so blatantly violate the constitutional right to an abortion, such as so-called TRAP [targeted regulation of abortion providers] laws, parental notification requirements, mandatory waiting periods and ultrasound requirements.”

In short: In order to win the White House, Joe Biden made clear once and for all that the Kennedy/Cuomo/Biden “personally opposed, but ….” stance is not only morally untenable but politically so. If one believes with the Church that life begins at conception but acts in a way that results in the death of unborn children, then one isn’t truly “personally opposed” to those deaths. Biden’s “personal opposition” and his understanding of his adherence to Church teaching have become abstractions, and under the policies that he has pledged to impose (mostly by executive order), real children will pay the price.

These are not matters that the Catholic press can gloss over. We cannot “balance” them against other areas where a Biden administration may act in ways that are consonant with Church teaching. Any failure of the Catholic press to call a President Biden on the carpet for any executive orders, Justice Department actions, or proposed legislation that is designed to make possible the deaths of unborn children will be seen — and rightly so — by both Catholics and outside observers as the Catholic press’s own version of “personally opposed, but ….”

The purpose of the Catholic press is to speak the truth — the truth of the Gospel, and the truth of how those of us baptized into Christ must live out the reality of the Gospel in this world. We must proclaim that truth to all — even the president of the United States.

Scott P. Richert is the publisher of OSV. Visit OSVNews.com.