A secular television program on miracles inspired Catholic speaker Tim Francis to learn more about his faith. After drifting away from the Church for a time, the discovery of an old VHS tape his mother had recorded led him on a journey to find out more about Catholicism.

Francis, the founder of the Catholic catechesis organization “You Shall Believe,” spoke about the miracles that led him back to the Church during a presentation on the evening of Nov. 15 at St. Vincent de Paul Parish, Fort Wayne. 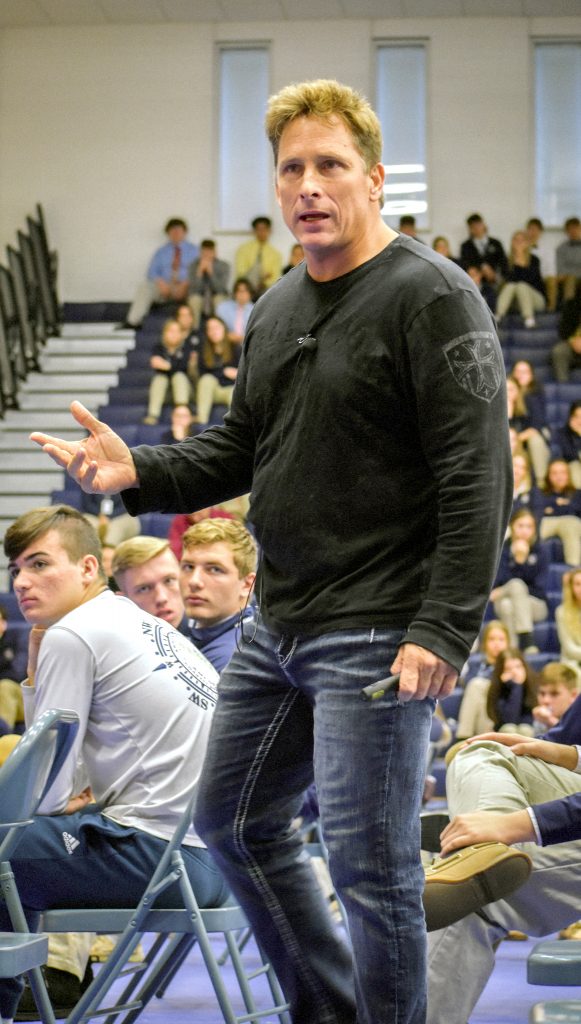 After Father Jay Horning opened with a prayer, Francis spoke about his faith journey. He recalled that he fell away from practicing his faith around the time he was in college at Ohio State University. He was challenged by the culture, he admitted, although “by the end of my Ohio State years, I never got into drugs, thankfully.”

However, around the end of his time at the university, the owner of a bar where he worked as a bouncer asked Francis to accompany him during a drug deal.

After that, he married someone with “no religious upbringing at all.”

His mother persisted in pushing Francis to return to the faith. In 1999, she recorded a two-hour-long FOX program called “Signs from God,” which followed a woman who said she was receiving “profound theological teachings” from Christ.

Francis’ mother gave him the tape, which he subsequently lost. Ten years later, he received a phone call from the person who found it.

“Somebody called me randomly, an old friend, and said ‘I was cleaning out my house and you left a tape there.’ My mother had since passed away. It was my mom’s VCR tape. I knew that from the other side my mom was pushing me to find out what this [miracle] meant.” 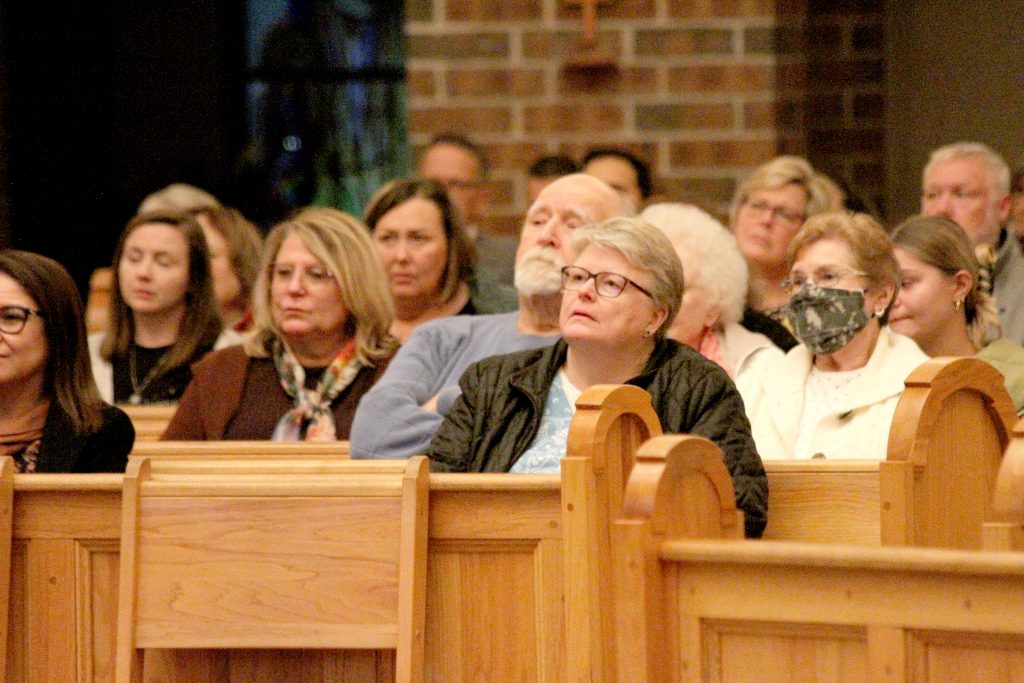 Joshua Schipper
Members of the audience listen attentively as Tim Francis, founder of the Catholic catechesis organization “You Shall Believe,” speaks about the miracles that led him back to the Church during a presentation Nov. 15 at St. Vincent de Paul Parish, Fort Wayne.

Francis spoke extensively about the woman depicted on the recording, Catalina Rivas, and miracles that took place in Cochabamba, Bolivia. He explained that Mike Willesee, an Australian journalist, began researching Rivas and her story.

According to Francis and the video clips he presented, Rivas, who was uneducated, had been writing messages from God in Greek despite never having learned the language. She had also received the stigmata — the physical wounds that Christ suffered during his crucifixion — and told Willesee the exact time and date that she would again experience the wounds.

The skeptical Willesee and his team filmed the seemingly spontaneous formation of the wounds of Christ on Rivas’ body. The journalist soon returned to see that the extensive wounds he watched appear had almost completely healed.

Francis explained that Willesee had fallen away from the Catholic faith but reverted before his death in 2019.

In addition to this miracle, Francis also talked about the more well-known Miracle of Lanciano, a eucharistic miracle that occurred during an Italian Mass in the 700s.

At the time, a monk celebrating Mass had doubts about the Catholic doctrine of transubstantiation, in which the unleavened bread and wine become the Body and Blood of Christ.

When the monk said the words of consecration, the bread and wine physically transformed into living flesh and five globules of blood.

“Each clot is a different size,” pointed out Francis. “But one clot weighs exactly the same as the sum total of all the clots together. The bishop said the reason is because Jesus was showing us what the Church teaches, which is one drop of consecrated blood, one little speck of consecrated host, is the entire Christ.”

Christy Howe, an attendee at the Monday presentation, commented that Francis’ presentation was motivating. She said she had not heard of the miracle of Catalina Rivas’s stigmata until that evening.

In addition to discussing miracles, Francis stressed other important moral aspects of the Catholic faith, including the criteria that contrast venial sins and mortal sins.

To learn more about Francis’ organization or about the miracles he discussed at his presentation, visit www.youshallbelieve.com.