The Knights of Columbus Father Francis Pitka Council 6323 in Syracuse serves three surrounding communities — Syracuse, Milford and North Webster. The towns have a combined population of a little more than a few thousand and there is only one Catholic church in the area, St. Martin de Porres Parish.

The coronavirus pandemic has affected the small town — and the council. As soon as it hit, life seemed to stop. The council canceled all in-person activities, including the monthly pancake breakfasts. But the council’s support for the local community couldn’t stop — they knew that local charities depended on their donations.

“This changed our whole outlook on everything,” said Jeffery Goralczyk, a member of the council and a Knights of Columbus field agent. 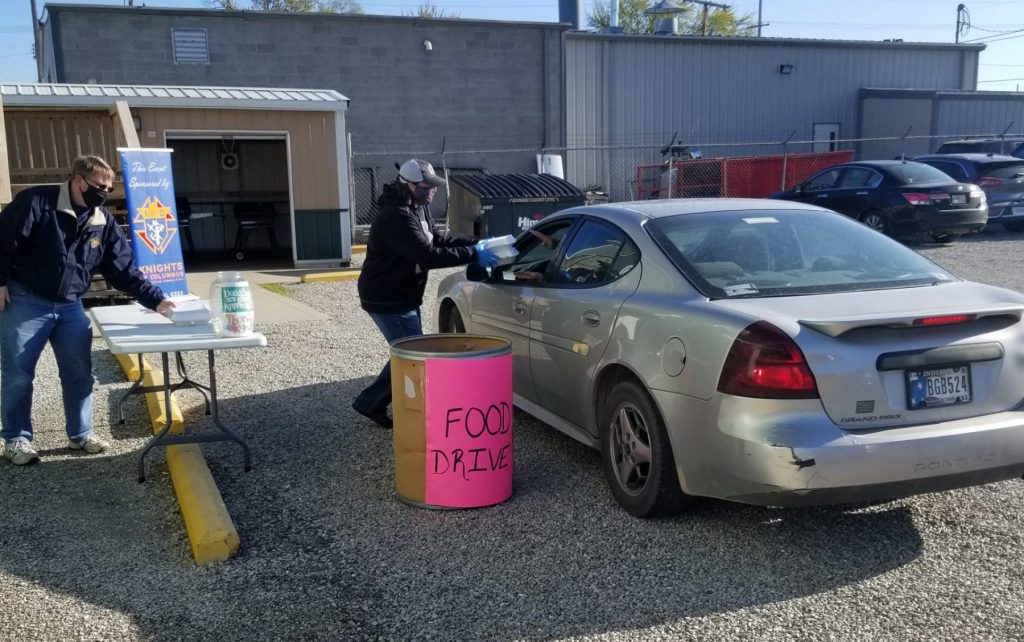 Photos provided by Mark Michuda
Knights of Columbus of the Father Francis Pitka Council 6323 organize, cook and hand out free meals to those in need in the Syracuse community this spring.

The Knights brainstormed which charitable activities could help their community, deciding to continue their popular pancake breakfast format while adhering to social distancing guidelines. They have so far offered three breakfasts, serving nearly 1,250 meals, raising $6,300 and donating more than 1,000 pounds of food.

The first was held on Holy Saturday. Nearly 425 meals were served in three hours.

“The response was really more than what we expected,” Goralczyk said. “They would just pull up and we’d ask, ‘How many do you need?’ If it was four, six, eight, whatever it was, we’d just give them the breakfasts and wished them well and moved on from there.”

Due to the communities’ positive reaction, the council decided to offer other breakfasts on Mother’s Day and Father’s Day. Freewill donations collected during the latter went to benefit the local fire and police departments. 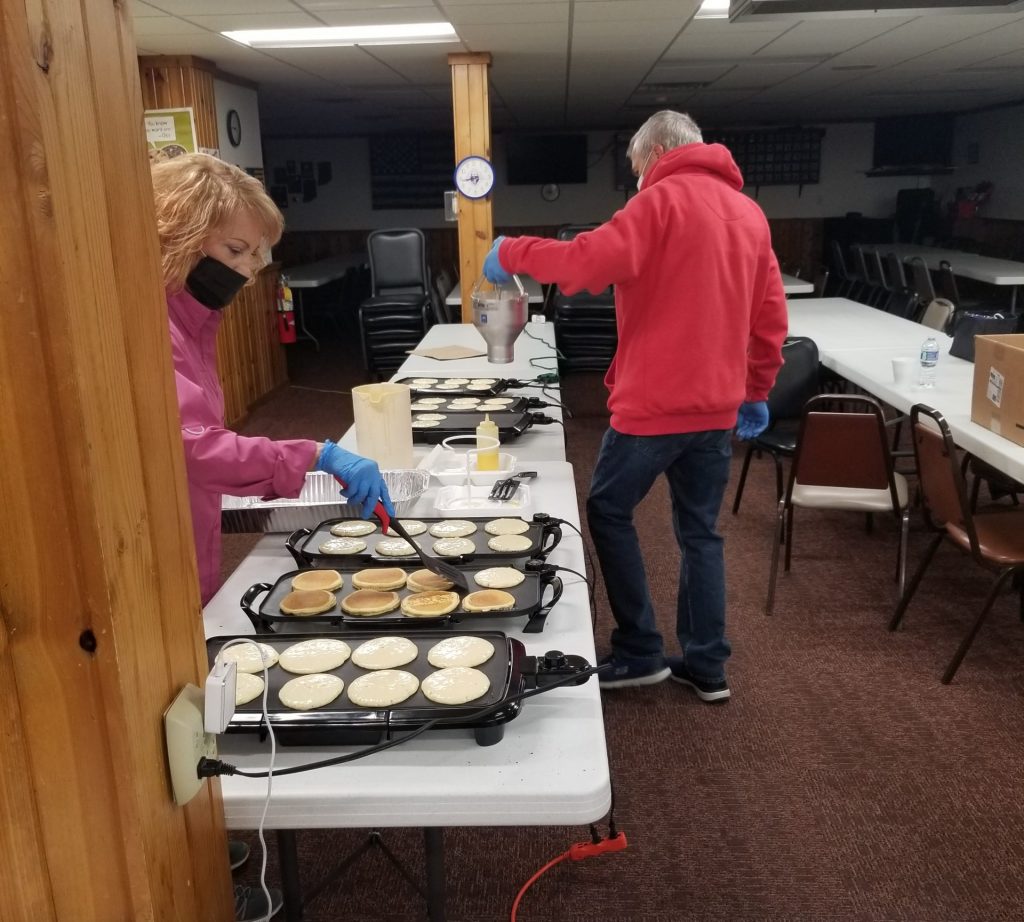 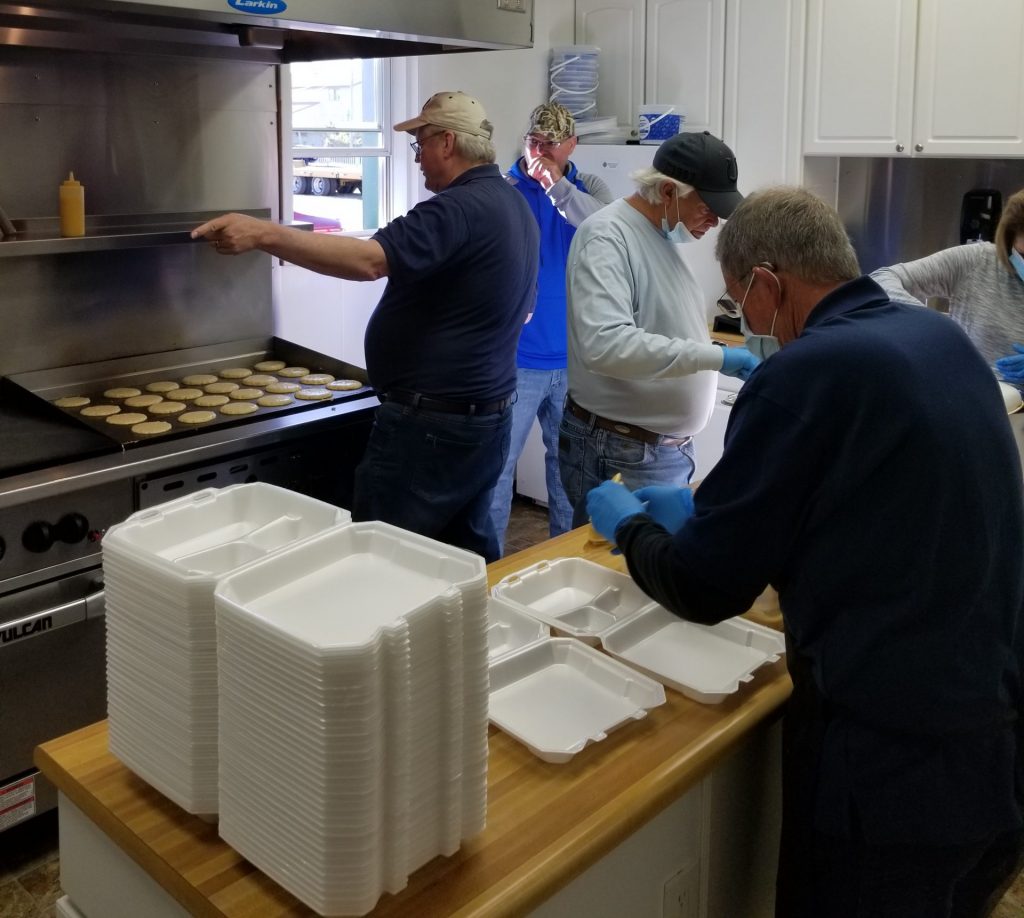 With the rising societal tensions between police and communities around the United States, the Indiana Knights believed it would be good to unite everyone for a charitable event. And people responded, with more than $2,100 being donated to first responders.

“The Knights of Columbus has always supported the police, the fire department and the military and we feel that that is something we should continue on with,” Goralczyk said.

Goralczyk believes the council’s activity fits into the Knights of Columbus’ overall mission to “leave no neighbor behind.”

“Supporting the community, being there in solidarity with our priests, with our first responders, that’s very important because that’s what the Knights of Columbus is all about,” Goralczyk said.

Originally published in a weekly edition of Knight line, a resource for K of C leaders and members. Reprinted from kofc.org/en/news with permission.