Sister Colleen Bauer, SSND, just celebrated two milestones — retiring from teaching after 49 years — 35 of which were spent at St. John the Evangelist Catholic School — and her golden jubilee of 50 years as a religious sister.

Sister Colleen recently reflected on both of her milestones. She grew up in the Roanoke area, one of six siblings — five girls and one boy. They lived in the country and her family was very involved in the Church. Her mother taught religious education and her father was one of the first lectors at St. Joseph Church in Roanoke.

As for how her vocation as a religious came about, she said, “I never in my life thought I’d become a sister. It was the farthest things from my brain.” 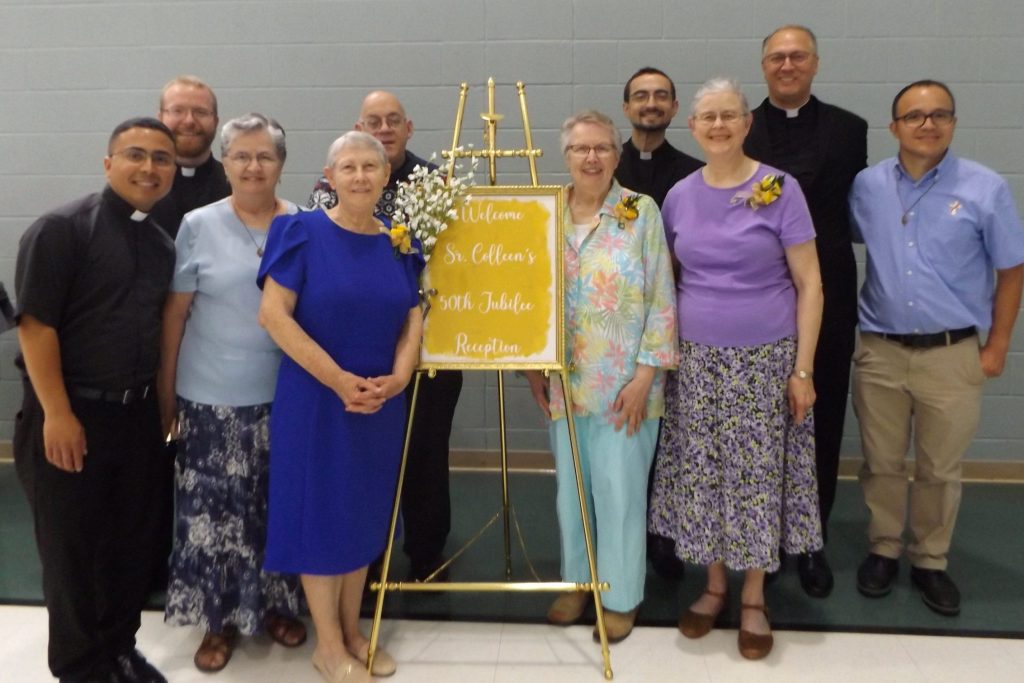 That changed when she started attending Huntington Catholic High School. There, sisters from two orders were teachers: the Franciscan sisters from Mishawaka and the School Sisters of Notre Dame from Milwaukee/Mequon Wisconsin. The sisters were “very life-giving” as she got to know them better. She was already familiar with sisters as she had an aunt and a cousin who were Holy Cross sisters.

But it was “a gradual process” that brought her to her vocation.

“When the idea first came to me, I was very surprised and shushed it away,” she admitted. “It kept coming back though, and once I thought this may be something I’d enjoy, it was easy from then on.”

She considered it more seriously her senior year of high school. The difficult part was deciding which order to join. After much deliberation, she decided on the School Sisters of Notre Dame because she felt they were more invested in her.

“Even before they knew I was thinking about it, they took a group of us to the motherhouse in Mequon, north of Milwaukee,” she said.

Every religious order has a formation period. In her order, there are two years of candidacy, two years as a novitiate and then first vows. First vows mark the beginning of their years as a religious sister. 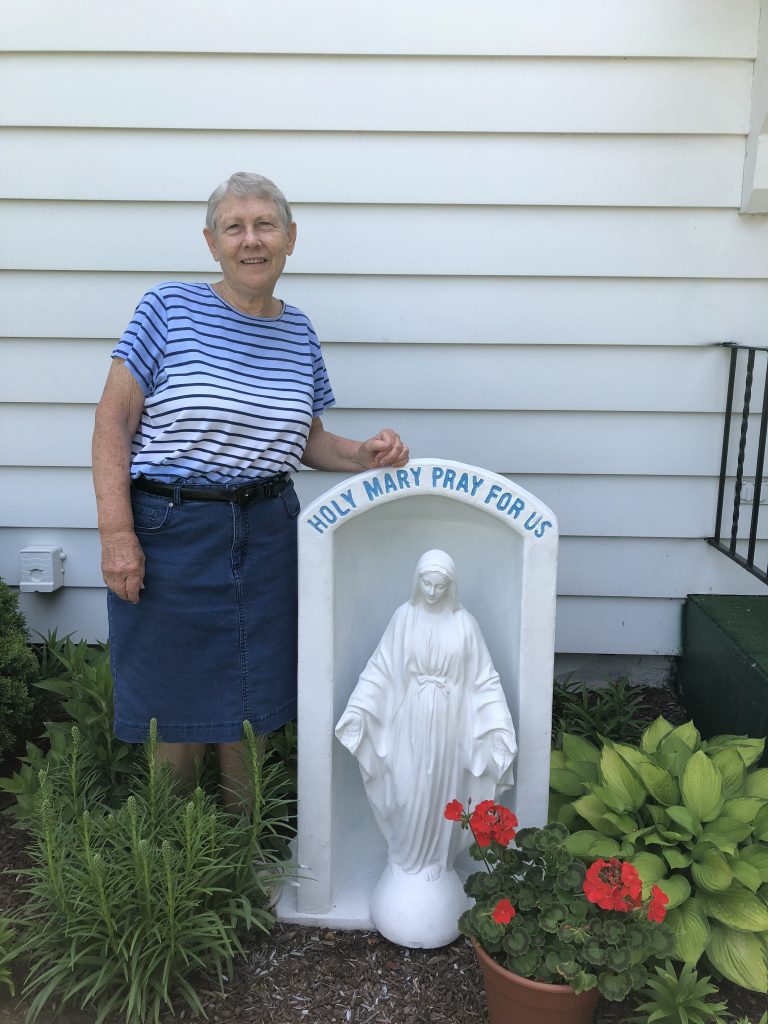 Sister Colleen Bauer, SSND, stands by the Blessed Mother statue in the front flower garden of her Goshen home. Sister Colleen recently retired from 35 years of teaching at St. John the Evangelist (46 years in the diocese) and celebrated her golden jubilee anniversary as a School Sister of Notre Dame.

She originally had not considered becoming a teacher. “I wanted to become a nurse but after working in a nursing home, I changed my mind,” she said.

As the School Sisters of Notre Dame is a teaching order, a career in education “just fell into my lap. It was perfect for me.”

Her teaching career began at St. James in Grand Rapids, Michigan, and she was there for three years before going to Sacred Heart School in Warsaw where she spent 11 years. Her last 35 years have been spent in the classroom at St. John the Evangelist in Goshen.  For the majority of her teaching career, she taught second grade, preparing students for their first holy Communion.

That has always been a highlight of Sister Colleen’s career. “We talk about how they’ll be receiving Jesus all year so they are super-prepared,” she said.

Another highlight, she shared, was “When a student finally gets a concept — that’s always been amazing to me.”

Although her order’s charism is teaching, they live that out in varied ways; through working with the poor, immigrants or nursing or social work. She has been involved in the School Sisters of Notre Dame community, serving on committees and supporting her fellow sisters when they experience the pain of loss or difficulties. Additionally, she has served the St. John the Evangelist community in Goshen by visiting parishioners in hospitals and nursing homes.

She is unsure what she will do next, though she looks forward to catching up on reading and yard work and probably volunteering.

When asked what she’s loved most about being a sister she responded, “I just think I was meant to be a sister. I feel like I found my niche and I’ve never looked back.”