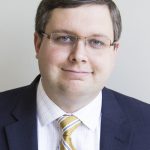 The hymns of Advent often are rooted in biblical faith and filled with varied symbols and imagery pertinent to salvation history’s central themes — primarily focused on when our Savior came and expressive of our hope that He will come again. Advent’s hymns provide an opportunity for us to enrich our experience of the season. Take, for instance, the classic French Advent hymn “O Come Divine Messiah,” which gets to the heart of the season by expressing the urgency with which Christians should yearn for the Lord’s coming. It is a reminder that our lives must be defined by joyful expectation of that day when the Lord will come, a day “when hope shall sing its triumph and sadness flee away.”

While it is often the case that the readings from Mass are used for meditation and deeper prayer, it also can be advantageous spiritually to meditate on Advent’s hymnody as an opportunity to deepen our understanding of the season’s themes.

The main theme of Advent is awaiting the coming of Christ. The season gets its name from the Latin word meaning “to come.” When Christ came among us many did not recognize Him. The Messiah awaited by the Israelites was expected to be a great warrior king, much like His ancestor King David. It was believed by many that the Messiah’s truest victory would be the advancement and successes of the Chosen People’s worldly kingdom. The most accurate description of the Messiah and His mission was foretold, however, by St. John the Baptist. And for that reason, the Church gives focus on his ministry each Advent, especially toward the beginning of the season.

Hymns like “On Jordan’s Bank” reiterate the centrality of St. John’s mission to prepare God’s people for the Messiah’s coming. St. John was a man of the wilderness who called people to conversion and repentance so that, in turn, they would be ready and able, without hesitation, to greet the Messiah when He came.

Known as the Lord’s great forerunner for his pivotal role in announcing Christ’s coming, the themes of St. John the Baptist’s preparatory work for the Messiah’s arrival remain useful for our own preparation to greet the Lord when He comes again — both at the end of our lives and at the end of time.

In the desert, along the riverbank, St. John invites us all to be cleansed from sin, so that as we “make straight the way of God within” and be prepared to welcome and invite Christ to dwell therein. St. John’s pivotal role reminds us that the Lord has come to win our freedom and transform us so that we may allow His grace and blessing to “fill the world with love divine.”

‘Creator of the Stars of Night’

St. John the Baptist was not the first prophetic biblical figure to announce the coming of the Lord, but he was the last in a long line of Old Testament prophets who heralded His coming.

Sin demanded the need of a Messiah, as was manifested time and again in the Old Testament. Over and over, God would extend His love to His Chosen People by inviting them to renew their relationship with their Creator. The Israelites continually faced the harsh reality that God’s blessing is lost when anything other than Him is chosen. Humanity is at its worst when it deviates from His divine plan.

One of the oldest hymns associated with the Advent season, “Creator of the Stars of Night,” reminds us of “the ancient curse” that “doom(ed) to death a universe.” Our celebration of Advent always should recall why we needed a redeemer in the first place. Our celebration of Christmas is worthless sentimentality if we do not recognize our need for and dependence on the Messiah.

Each of us is plagued by Adam and Eve’s original sin, an act marked by disobedience and distrust of God. Ultimately our first parents chose to believe that they knew better than God who created them. In so doing, they led humanity on the trajectory to find it easier to defy God’s will than to do it. This is manifested anew each time we sin by following in their dark footsteps. And yet, Advent is our opportunity to recognize our desire to return to Eden, yearning for freedom given by God, “Thy people’s everlasting light.”

“The medicine,” referenced in the hymn, needed to restore humanity’s freedom will relieve humanity from the slavery to sin and death brought on by our first parents. God announced His plan to send a redeemer immediately after the Fall, in Genesis 3:15 — a verse known as the protoevangelium, meaning “the first Gospel,” or first Good News of Jesus Christ. In that passage, God says the serpent will receive his comeuppance for leading the woman of Eden astray. Part of our focus each Advent — and, indeed, throughout all our days — should be to invoke God’s help to “preserve us, while we dwell below, from every insult of the foe.”

‘The Angel Gabriel from Heaven Came’

As evidenced in Eve’s temptation, Satan’s sole desire — as the one who “will not serve” God — is to lead all other creatures to follow down his path. His success with humanity began with our first parents’ first sin. But God announces that, even if Satan might think he won the day’s battle, he would lose the war. Ultimately, good would triumph when the woman and her offspring would triumph and deal a death blow to Satan.

The tradition of the Church has come to understand this verse in light of Christ’s paschal mystery, when on the cross He redeemed humanity and bought us back for God by the price of His own blood. Christ’s is the story of total obedience and total trust in God, even when the Father’s plan is not fully understood or known. He is the reversal of Adam’s sin, expressed in His traditional title as the “New Adam.”

But from where did Christ learn this? From His mother Mary, who is known similarly as the “New Eve.” Mary untied the knot of Eve’s sin by clearing the way of her Son and His work of redemption. At the Annunciation, when she was addressed by the angel Gabriel as “full of grace,” she became the icon of complete trust and confidence in God’s ways, responding with her “fiat” despite not knowing how it could unfold for a pregnant, unwed teen. This reality is the backdrop to the popular Marian hymns of Advent like the Basque carol “The Angel Gabriel from Heaven Came,” which repeatedly refers to Mary as “most highly favored lady.” As the one who is “full of grace” — the New Eve — no one yearned for the Messiah more than Mary. This alone earns her veneration by “Christian folk throughout the world” as someone from whom we must learn to be Christ’s disciples.

One of the most well-known and beloved hymns of Advent is “O Come, O Come Emmanuel.” No other tune might express the season’s sentiments more than its traditional setting. There is even a Mass setting composed to echo the hymn’s famous, widely-used 1851 tune.

The words of the hymn are much older, dating to the eighth century. There are seven verses, each constructed around an ancient title of God. These are based on scriptural references, constructed for use in the Liturgy of the Hours. These “O Antiphons” originally were written in Latin, the first letters of each divine title are taken to form an acronym, also in Latin — namely, “Ero cras” — which means, “Tomorrow I will come.” In many ways the “O Antiphons” and “O Come, O Come Emmanuel” tie together all the varied themes of Advent — presenting the image of a season that conjures up what it must have been like for Israel to await the long-awaited Messiah who would come and die to make men free and whose coming is awaited still by those who pattern their thoughts, words, and deeds on His example for humanity.