This year, the Poor Handmaids of Jesus Christ celebrate seven jubilarians who have served in communities of communion both globally and locally in service to the poor and underserved.

Three sisters, Marilyn Haselhorst, Patricia Peters and Mary Kay Leuschke each are celebrating 60 years as Poor Handmaids. All professed their first vows in 1962. 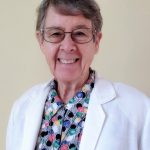 Sister Marilyn Haselhorst of Mapachapa, Mexico currently serves as the regional treasurer in Mapachapa. She has ministered in the areas of formation, education, pastoral ministry and finance. 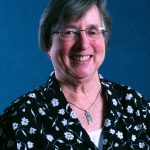 Sister Patricia Peters has served in the ministries of education and IT services. In the Diocese of Fort Wayne-South Bend, Sister Pat taught at both St. Bavo School and St. Joseph School in Mishawaka and ministered in IT Services at Convent Ancilla Domini in Donaldson. She currently resides at Villa Sophia in Donaldson and is a volunteer in the PHJC Heritage and Archives Department. 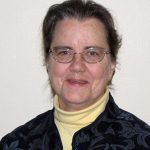 Sister Mary Kay Leuschke of Cincinnati, Ohio has served in the ministries of Education, Social Work and Vocations. In the Diocese of Fort Wayne-South Bend, she taught at St. Joseph School in Mishawaka. 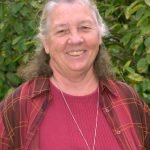 Sister Mary Ann Dettmer celebrates 50 years as a Poor Handmaid sister, having professed her first vows in 1972. She has ministered in the areas of nursing, formation, parish ministry, pro-region leadership. A resident of Aquirz-Ceara, Brazil, she serves as the treasurer of the Brazil Pro-Region. In the Diocese of Fort Wayne-South Bend, she served as a nurse at St. Joseph Hospital in Mishawaka. 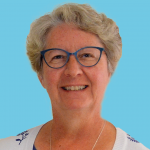 Sister Shirley Bell also celebrates her 50th jubilee this year. She also professed her first vows in 1972. She has ministered in the areas of nursing, nursing management, formation, provincial leadership, pastoral leadership, senior care leadership and general leadership in Dernbach, Germany. In the Diocese of Fort Wayne-South Bend, she’s served as a nurse at St. Joseph Hospital in Fort Wayne, and is currently Provincial of the American Province in Donaldson.

Two Sisters are celebrating their silver jubilees this year. 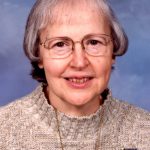 Sister Rosemary Jurkowski of Convent Ancilla Domini in Donaldson, celebrates her 25th jubilee, having professed her first vows in 1997. She’s served in the areas of pastoral ministry, parish ministry, volunteerism and social work. In the Diocese of Fort Wayne-South Bend, Sister Rosemary has ministered at St. Patrick and St. Hedwig Parishes, the Sister Maura Brannick Health Center in South Bend and at Convent Ancilla Domini in Donaldson. Sister Rosie currently serves as the sacristan for Catherine Kasper Home Chapel. 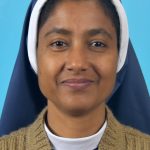 Sister Karuna Sebastian, originally of Thirumeni, India, now a resident of Convent Ancilla Domini in Donaldson, is also a 25-year jubilarian. She professed her first vows in 1997. She has served in the ministries of nursing, supervisory nursing, nursing education and senior care nurse. In the Diocese of Fort Wayne-South Bend, Sister Karuna is a registered nurse currently serving at the Catherine Kasper Home in Donaldson.