One by one, they described the devastation that they believe one industry has inflicted on the most vulnerable people in Indiana.

They represented churches, veterans’ groups, social service organizations and community coalitions from across the state. And when they met at the Indiana Statehouse last week, these advocates were united around one goal: supporting Senate Bill 104, which would place limits on the payday lending institutions that charge consumers an annual percentage rate of up to 391 percent on the short-term loans that they offer.

The Indiana Catholic Conference supports the bill, which would cap the interest rate and fees that a payday lender may charge AT 36 percent APR, in line with 15 other states and the District of Columbia.

Among those called to testify during the more than three-hour Senate committee hearing on the bill was Glenn Tebbe, executive director of the ICC, the public policy voice of the Catholic Church in Indiana.

“Lending practices that either intentionally or unintentionally take unfair advantage of one’s desperate circumstances are unjust and violate moral principles,” Tebbe said during the Jan. 23 hearing of the Senate Insurance and Financial Institutions committee. “We also believe that the state’s purpose and the state’s duty is to protect and facilitate the common good. The weakest members of our society should be helped to defend themselves against what one might consider usury. We cannot continue to allow forms of predatory lending to exploit the poor and vulnerable among us.” 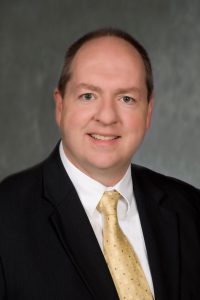 Senate Bill 104, co-authored by Sen. Greg Walker (R-Columbus), targets the fee structures and finance charges that enable the payday lending industry to reap exorbitant interest-rate payments from consumers. A similar bill proposed by Walker last year did not receive a hearing, so advocates were eager in this session to state their cases against payday loans, also known as cash advances.

Erin Macey, senior policy analyst for the Indiana Institute for Working Families, described the consequences of the payday lending industry once it was cleared to operate by the state legislature in 2002.

“Following the passage of this legislation, lenders quickly set up shop in our communities, offering what they marketed as emergency short-term credit,” Macey said. “We now have 300 storefronts in Indiana and in 2017, they made 1.2 million loans and drained $60 million in fees from Hoosiers’ bank accounts. Seventy-five percent of those fees were from borrowers taking 10 or more loans in a year.”

Macey characterized the industry’s business model as having a “perverse incentive” to target the working poor. She explained that payday lenders are allowed direct access to a borrower’s checking account as security for the loan and they know the date that a borrower will be paid. A person living paycheck to paycheck or relying on Social Security or disability payments can quickly become entrapped in an endless cycle of debt.

“Close to 50 percent of borrowers will eventually default on these loans and upon default they will experience aggressive collection tactics and damaged credit,” Macey said. “This will lead to barriers to jobs, housing and other affordable (loan) products in the future.”

The payday loan industry would be “effectively eliminated” by passage of Senate Bill 104, Macey said.

But she and other supporters of the bill emphasized that there are many alternatives for needy individuals and families and that in states that have enacted similar bans on payday loans, most consumers do not miss them.

Steve Hoffman, president and CEO of Brightpoint, a community action agency serving northern Indiana, described how his organization offers loans of up to $1,000 at 21 percent APR. The monthly payment on the maximum loan is $92.

“That is a key figure, because families that are in financial distress are not suddenly going to be able to repay a payday loan in two weeks,” Hoffman said. “They get caught in a trap and they get out of this trap by getting help — from family, friends, churches and organizations like my own. This bill is important for all Hoosiers. Polling shows that 90 percent of Hoosiers, both Republicans and Democrats, want a 36 percent rate cap. More than nine out of 10 of our low-income families at Brightpoint say they never want to use these loans again. Public opinion doesn’t come much stronger than that.”

A handful of opponents — all lobbyists representing the payday loan industry -— spoke out against the bill. Presenting on behalf of Check Into Cash, Brian Burdick said that eradicating the industry would not solve the dilemma of people in financial distress needing quick access to money. He also emphasized that the payday loan industry is regulated and that in the absence of that option, consumers often turn to unregulated loan sources — such as internet lenders — with even higher fees.

“You have to look at the laboratory of the marketplace,” Burdick said. “Several states have passed these bills and the payday lending industry has effectively left those states. That did not solve in any capacity the demand for those loans. In fact, in those communities people went to online lenders, the ‘tribal’ lenders, the guy out in the parking lot. In Oregon, when a similar bill passed, consumer complaints against unregulated internet lenders doubled. But that is where the market goes.”

In concluding the lengthy hearing, Sen. Eric Bassler (R-Washington), chairman of the committee, stated that the status quo regarding the payday industry cannot remain indefinitely.

“I would challenge both sides on this issue to figure out a good, appropriate and just solution,” Bassler said.

No further hearing or vote on the bill has been scheduled to date.

To follow Senate Bill 104 and other priority legislation of the Indiana Catholic Conference, visit www.indianacc.org.