In world news, the Iron Curtain was on the verge of collapsing. The World Wide Web was first discussed as a concept. “Rain Man” topped the box office in the United States — and it cost a moviegoer about $4 to see it. Nationwide, gas was 96 cents a gallon and rent an average of $420.

The price of nearly everything has increased dramatically over the past three decades. But in Indiana, one thing hasn’t changed since 1988: The monthly payout that families in poverty receive to help them temporarily through the hardest times. The amount was set at $288 that year, and so it remains to this day. 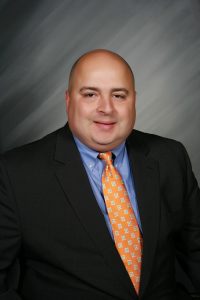 Proposed legislation in the Indiana General Assembly aims to change that. Senate Bill 440, authored by Sen. Jon Ford (R-Terre Haute), would bring the Temporary Assistance for Needy Families program in line with current economic realities. Among other provisions, the bill would increase monthly payment amounts and modify them annually using Social Security cost-of-living adjustment rates. It also would update eligibility guidelines to enable more Hoosiers to take advantage of the program, which includes intensive job training assistance to help lift people out of poverty.

“Modernizing this program would help a lot of Hoosiers,” Ford said. “The point of TANF is to help people help themselves. More than just an outlay of cash, it provides workforce training to get people out of poverty for good. This is the best program for that, but it is currently underutilized in our state.”

According to the Indiana Institute for Working Families, only 6 percent of families in poverty statewide take advantage of TANF, which is a federal block grant program largely implemented by individual states. One of the reasons is that Indiana set its income requirements to qualify for TANF in the mid-1990s, when welfare reform was signed into law by then-President Bill Clinton. Those eligibility guidelines have not been adjusted for inflation since then.

The result is that the vast majority of Hoosiers who meet the current definition of poverty no longer qualify for the program under the original rules as written more than two decades ago.

“You have to be very, very poor — at 16 percent of the national poverty guidelines – to be eligible for this program,” said Jessica Fraser, program manager for the Indiana Institute for Working Families. “Our caseload is down nearly 80 percent in the last two decades because of these outdated guidelines. Indiana has the fourth-lowest eligibility (for TANF) in the country. There are so many missed opportunities to help super-vulnerable Hoosiers and put them on a trajectory for self-sufficiency.”

Fraser clarified that TANF is separate from food stamps and other programs for the needy. Instead, she calls it a “lifeline” for those facing financial crises and other difficulties, both providing them an extra cash benefit until their situation improves and helping with job training for the long term.

“Catholic social teaching calls us to come to the aid of the poorest and most vulnerable among us,” said Glenn Tebbe, executive director of the ICC, the public policy voice of the Catholic Church in Indiana. “We applaud this effort to update our laws so that the TANF program can reach many more people in Indiana and help them break the cycle of poverty.”

Tebbe and Fraser will be among those testifying in favor of the bill in the coming week.

The Feb. 18 hearing will be held before the Senate Committee on Family and Children’s Services.

For Fraser, a lifelong Catholic, the mission is not only professional but personal.

“My job feels like a vocation to me, and I have always felt like my work at the Institute is connected to what I’ve learned from Catholic social teaching,” said Fraser, a member of St. Thomas Aquinas Parish in Indianapolis. “One thing the Catholic Church has always done well is fighting for the least among us. Families in this modern world face so many challenges and barriers to self-sufficiency, and we must do everything we can to make life better for them.”

The author of Senate Bill 440 said that advocates will present a strong case for its passage during the Feb. 18 hearing.

“This bill is truly needed in Indiana,” Ford said. “I feel optimistic that it will move out of committee and then go to the Senate floor.”

To follow Senate Bill 440 and other priority legislation of the ICC, visit www.indianacc.org.