In the early Church, worship was held in the home. During the Protestant Reformation, when countries like England outlawed Catholicism, devout Catholics had to learn how to maintain their faith in secret within the home. Now the idea of the domestic church is coming back in a big way, and seminarians Brian Isenbarger and Mark Hellinger have created a website with tips and hints to help reestablish it in the modern world.

“Rebuild My Domestic Church” is the name of a project that the two second-year seminarians created. Hellinger explained that Father Andrew Budzinski, vocations director for the Diocese of Fort Wayne-South Bend and pastor of St. John the Baptist Parish in Fort Wayne had begun preaching about the necessity of the domestic church and wanted to develop a tool for rethinking it. During a 14-day quarantine after returning from Rome this spring due to COVID-19, Hellinger began work on the project. 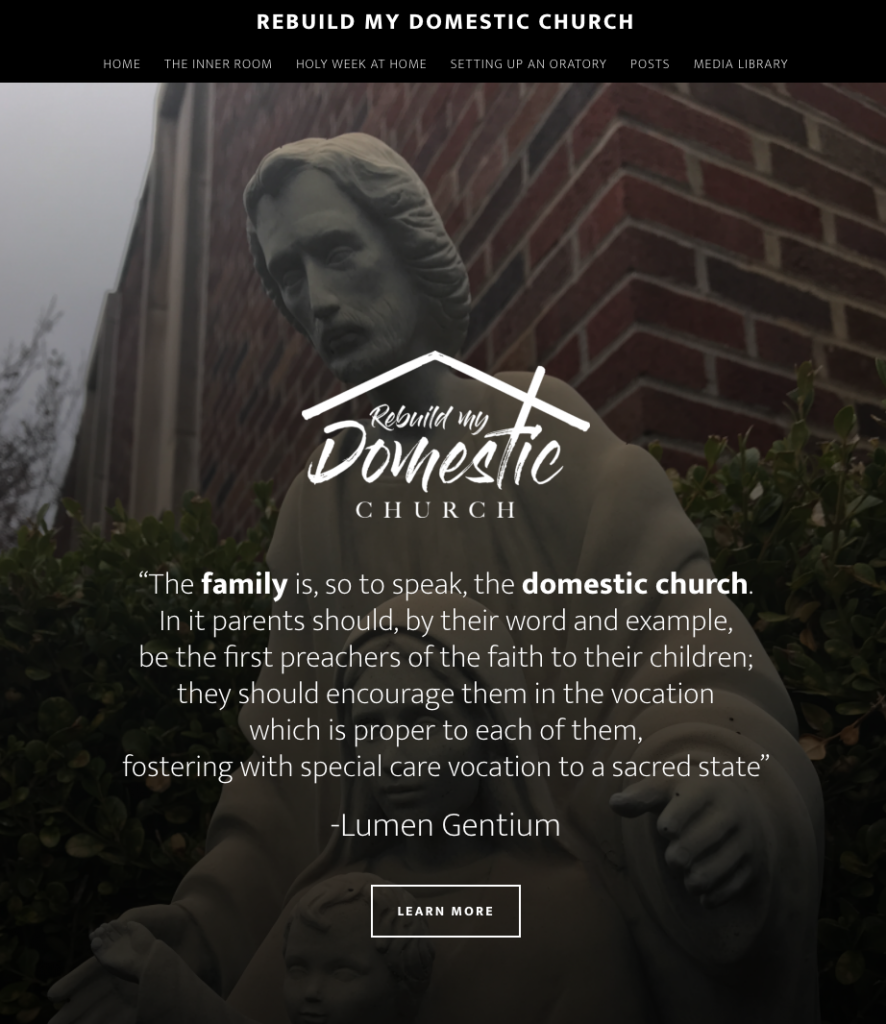 The idea behind the domestic church includes finding a sacred space within the home to dedicate to God. Isenbarger and Hellinger encourage families to create what are known as “oratories.” Oratories are different from churches, which contain the Eucharist; they can be any space that is dedicated to prayer. Most Catholics have pictures of Jesus and Mary, crucifixes and candles, in which case it’s simply a matter of organizing these sacramentals into a sacred space.

The website Hellinger and Isenbarger created is filled with various resources to help, including instructional videos and podcasts, examples of religious playlists and visual aids that could be incorporated into a home prayer space. People who have taken some of these ideas into their homes have shared their personal photos, which are posted on the website. One shows a young boy’s home oratory, including stuffed animals gathered for prayer time.

In a short, three-minute video, both seminarians are seen putting together a home oratory. They encourage viewers to “get creative,” making use of whatever religious memorabilia speaks to them such as pictures of saints to whom they have a special devotion. “Not every spirituality is the same; not every domestic church is the same,” Hellinger said. 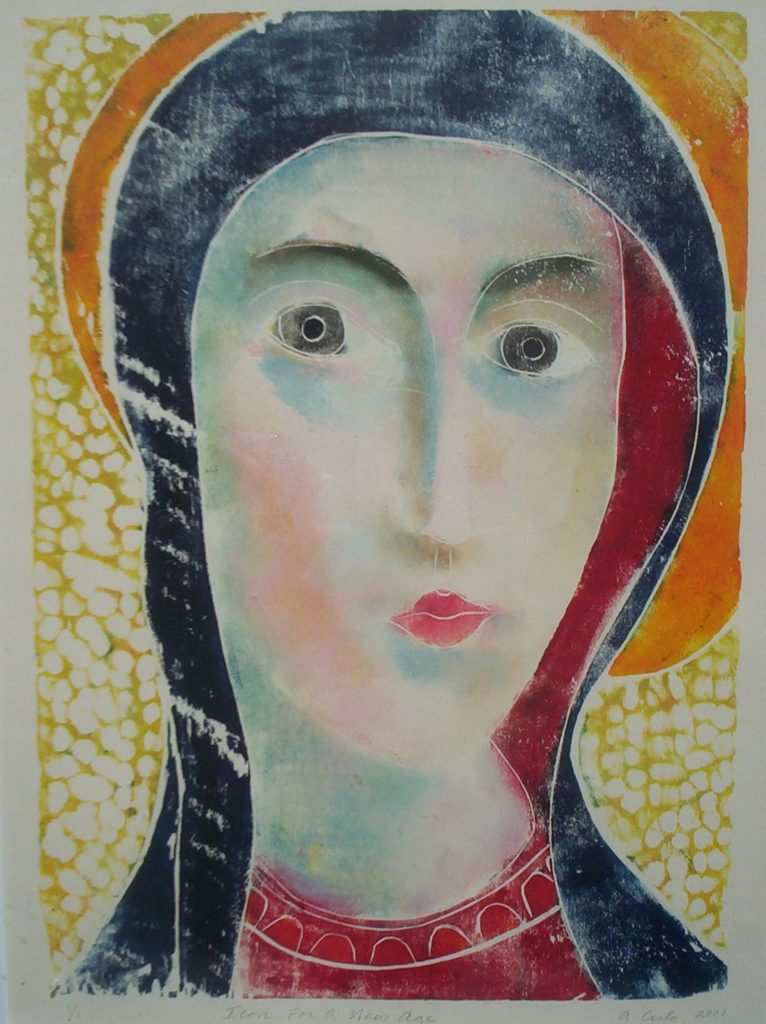 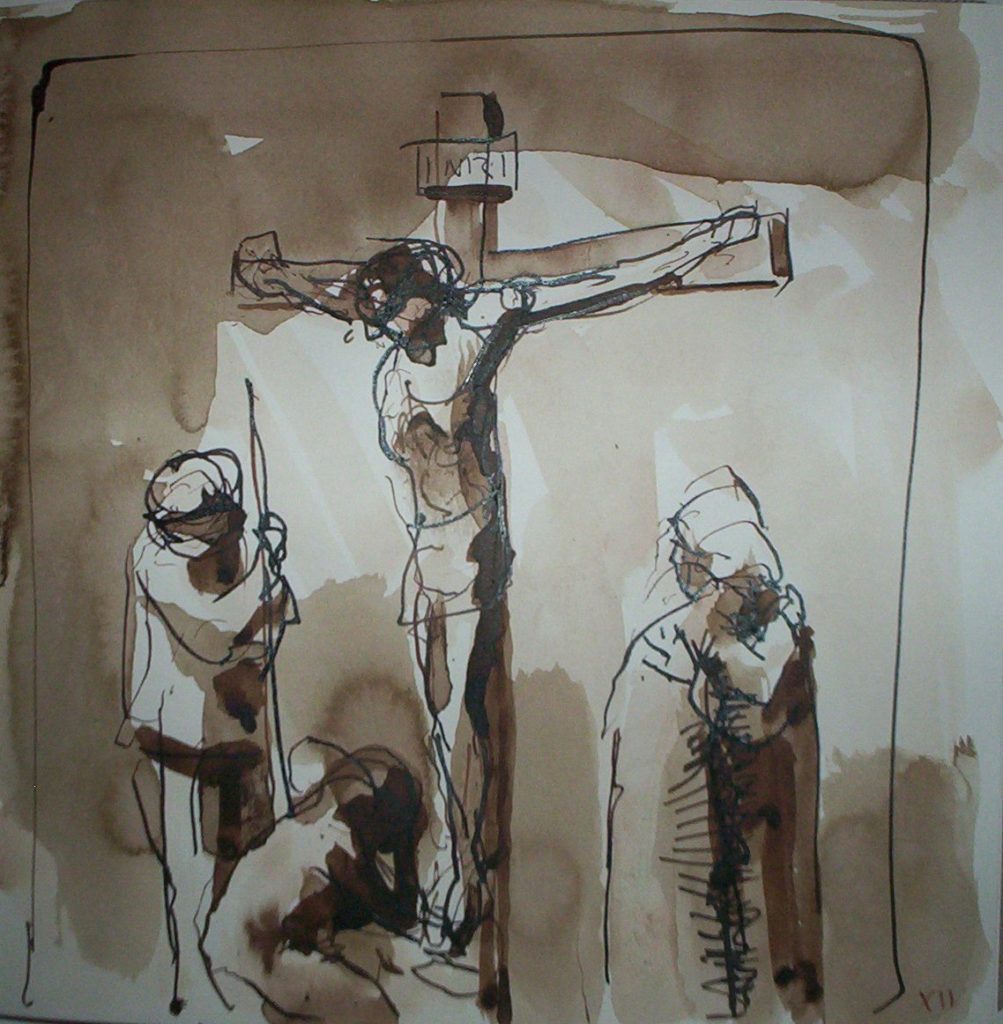 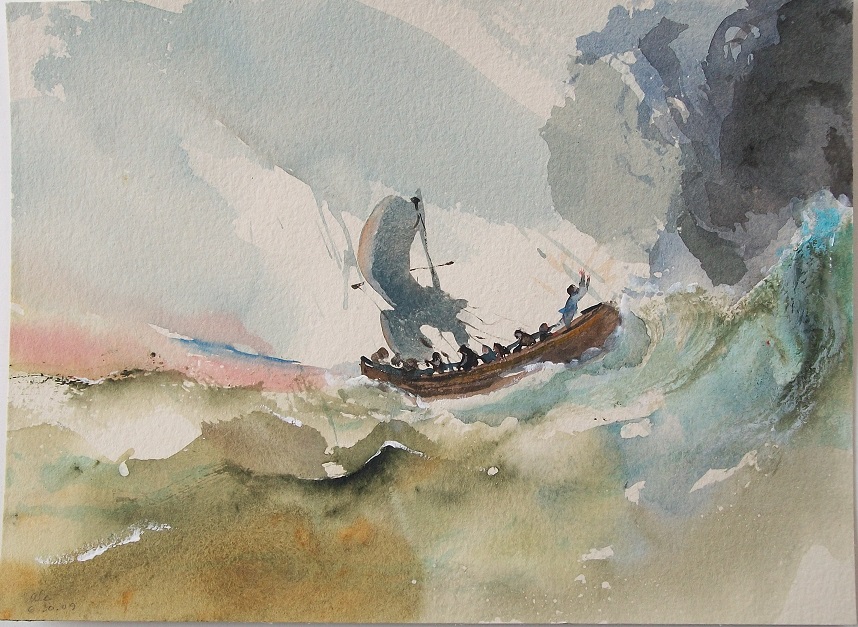 These images from Art Cislo are among those offered on the Rebuild My Domestic Church website to lead family members into prayer in a home oratory.

Not only do Hellinger and Isenbarger preach the domestic church, they live it. After the closure of their seminaries, both men are living at St. John the Baptist during the stay-at-home order. With two priests and two seminarians at the rectory, the seminarians said they find themselves living in community in ways that they hadn’t before.

Isenbarger stated, “Personally, we pray together more often here than at seminary.” He shared that the four of them have dinner together nightly, and they celebrate livestreamed Masses and rosaries. They also hosted a livestreamed Q&A session that racked up over 500 views. “We’re modeling the life we’re proposing for people,” Hellinger added.

Both men admit to not having a deep background in domestic churches before beginning this project. Hellinger had read a book based on C.S. Lewis’s four loves within a Catholic perspective: From that, he was able to explore the teachings of Pope St. John Paul II regarding human love and family life. Isenbarger had previously taken a class on iconography with Dr. Adam DeVille at the University of Saint Francis in which he developed a love of saintly icons. Prior to building the website, he had already created his own oratory with various icons.

Though neither of them has an overarching vision for the website’s future at this time, they plan to continue adding at least one podcast a week along with blog posts and photos. In the works is a plan to add introductions to various styles of prayer, such as the Liturgy of the Hours. There is also a section on the website that was dedicated to bringing the celebration of Holy Week into the home.

“Pastorally, I’ve been surprised by how many people are interested,” Isenbarger stated. He and Hellinger both hope that people use this time of physical isolation as an opportunity for spiritual growth.

“Hopefully people can leave (their oratories) up after this is done,” said Isenbarger. In addition to a place for personal prayer, he believes that the home oratory makes a good conversation starter when hosting visitors to the home.