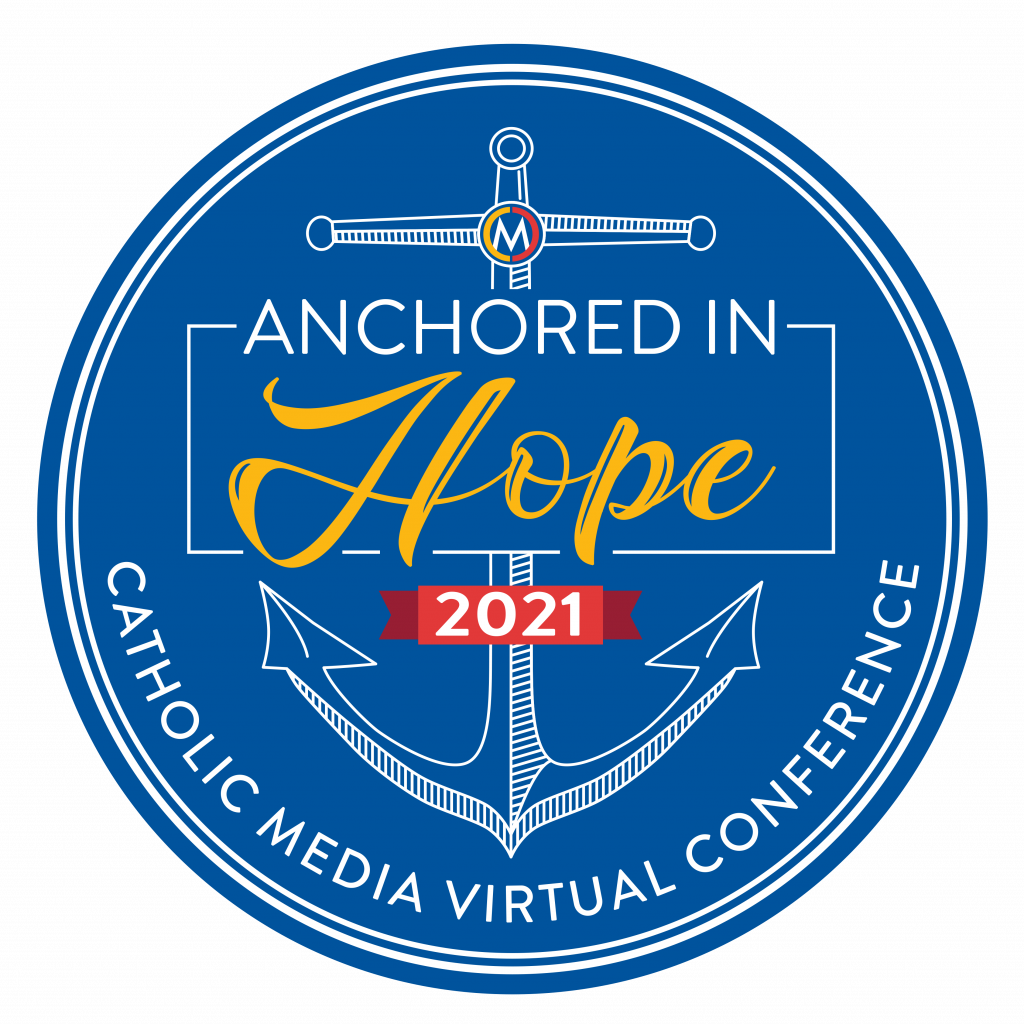 The Secretariat for Communications of the Diocese of Fort Wayne-South Bend is the recipient of four prestigious awards for creative efforts realized in 2020. The awards were bestowed at the end of the 2021 Catholic Media Conference, which took place June 8-10.

Of 12 submissions in 10 categories, the secretariat received recognition in the areas of fundraising appeal production, videography and graphics. The sponsoring organization for the Catholic Media Conference is the Catholic Media Association, an international membership organization of Catholic publishers, publications and freelance writers and photographers.

“To say that I am proud of our communications team is an understatement,” said Secretary for Communications Jennifer Simerman. “With only eight on staff, our small department has accomplished some big things this past year.”

First place went to the secretariat in the categories of Best Website and Best Diocesan Fundraising Appeal – Produced by a Communications Department Staff.

Judging of the Best Website category focused on overall quality of site content and graphics, as well as effectiveness in meeting site objectives. Simerman, graphics specialist and website coordinator Francie Hogan and brand manager Molly Gettinger designed and created a new diocesan website that went live in October: The site, diocesefwsb.org, engages with well-executed videography and photos that highlight the fruits of the Holy Spirit as they are lived and experienced within the northern and northeast Indiana region. It has also been reimagined as a one-stop location for general information about parishes, diocesan ministries, vocations, Catholic schools, victim assistance, marriage annulments and more, with drill-down information and forms relating to each area.

The first-place award for Best Diocesan Fundraising Appeal celebrates the concept and execution of the 2020 Annual Bishop’s Appeal. Proulx conceptualized, filmed and edited the ABA video, which was shown in parishes in September and is viewable on the diocesan website, with the support and assistance of Simerman and in conjunction with the Secretariat for Stewardship and Development, led by Secretary Jeffrey Boetticher.

The theme of the appeal was “Spreading the Light of God’s Love.” Imagery from the video included lit lanterns being taken by parishioners out into a dark city after Mass, signifying how all are sent forth to spread the light of God’s love. The same imagery was used in the development of ABA brochures and other print materials, and Gettinger created a page on the diocesan website using the video and other imagery. Judges’ comments noted the strong production value of the materials, which created a memorable thread through messaging, was expressed visually and included “a robust portfolio of content.” 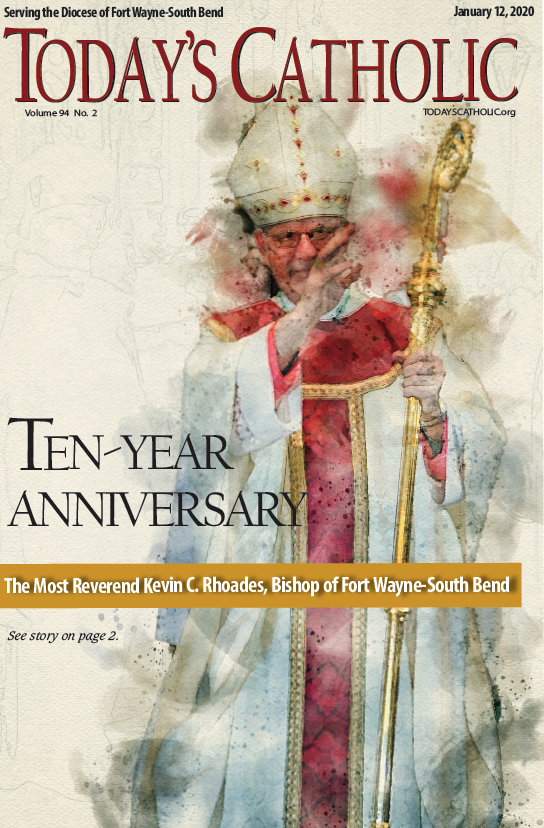 A second-place award went to Hogan in the category of Best Use of Graphics — Best Original Illustration, for an image of Bishop Kevin C. Rhoades that appeared on the cover of the Jan. 12 issue of Today’s Catholic and the 2020 diocesan directory. Hogan was aiming to illustrate the bishop and the excitement that comes when seeing him process down the aisle at Mass when she created the image, she said, by digitally manipulating a photo of the bishop and enhancing it with complimentary colors and design. The photo illustration was created in Adobe Photoshop. Judges for the competition felt that the result was “bold and eye-catching, drawing the reader in through its sense of motion.”

Nate Proulx, media specialist and director of 7th Floor Productions for the diocese, received a third-place award in the category of Videographer/Video Producer. The works submitted for consideration included what the judges acknowledged was an “extremely powerful and high-quality bilingual video that tells the story of a turbulent but important year, and the spirituality at the center of our lives.”

The category recognizes an individual for exemplary service and is judged on demonstrated talent, creativity, thoroughness and effectiveness. Proulx’s honor was based on works envisioned and completed by him, in conjunction with Simerman and Gettinger: the ABA video, a video for the 2020 Christ the Teacher awards banquet in January, and one produced in both English and Spanish for the Secretariat for Evangelization and Discipleship on the role and function of godparents. The Christ the Teacher and godparents videos can be viewed on the diocesan website and YouTube channels.

“The four awards we received represent all different facets of our work as a communications team — promotion, web design, videography, print media and graphic design,” said Simerman. “I am grateful that the exemplary work and dedication of our team was given such high recognition.”