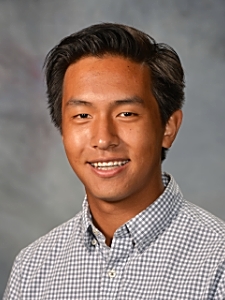 Jonathan Liu has earned recognition as the 2021 valedictorian at Saint Joseph High School, South Bend. Liu achieved a 4.514 GPA and plans to attend Columbia University in the fall to study physics.

Liu worships at St. Matthew Cathedral Parish. During his Catholic high school career, he said the Church’s teaching that there is concrete truth and meaning in the world changed the way he saw and interacted with the world around him.

“I entered school activities, my spiritual life and the classroom with the faith that God intended for me to be there, and that there was something special to be gained each day,” Liu shared. The belief that there are forces greater than what I could understand inspired me to improve my understanding of reality each day, and I’ve learned to see so much more through the lens of my Catholic faith.”

“My faith has also taught me to believe that difficulties are a necessary part of God’s greater design, and that the reason for them will be revealed in time,” he said. “This attitude of patience and trust has helped me tremendously in handling the confusing events of the past year and inspired me to search for God’s providence in every event.”

As a young student, Liu was home-schooled. Once he entered high school, he appreciated that Saint Joseph’s focus on service offered opportunities to put his faith into practice and help the most vulnerable in society.

“Volunteering at the Catholic Charities food pantry allowed me to serve the poor and less fortunate,” he offered as an example. He has volunteered with the organization for four years.

Liu is a four-year member of Right to Life Michiana and has attended the National March for Life for three years. “It was truly special to be able to actively promote the sanctity and dignity of every human life,” he said.

He is an altar server at St. Matthew and been involved in Boy Scouts, recently earning the rank of Eagle Scout. His Eagle Scout service project was to help build shelves to store donations for Hannah’s House, a local maternity home.

Playing doubles in tennis occupied some of Liu’s free time during the four years of high school. He also sprinted for the school’s track and field team this year and served as captain of the Quiz Bowl team. He has conducted physics and chemistry research with professors at the University of Notre Dame. Outside of school, he watched and played sports. He is an avid Notre Dame football fan.

He enjoys the outdoors and loves spending time with friends and family on camping and beach trips.

Some of Liu’s favorite high school memories are of his tennis team’s tug of war competitions and senior night, he said. “I also cherish my trips on the March for Life, and especially remember the bus rides, tours of D.C., and enormous crowds marching for the pro-life cause.” He added that he also enjoyed the school’s pep rallies, as well as cheering in the student sections for Saint Joseph’s basketball and football teams. 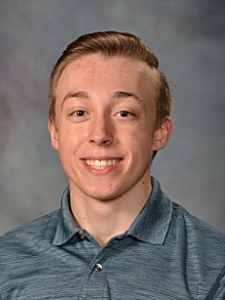 Saint Joseph High School salutatorian Joseph Maffetone, of Edwardsburg, Michigan, plans to head to the University of Michigan this fall to study computer engineering — a subject he has prepared well for during the last four years. He intends to use what he learns in the field of study to be of service to his fellow man.

The faith instilled in Maffetone while he was growing up as a member of St. Pius X Parish in Granger and attending the parish school has been a significant part of his high school career, he said — especially as he has become a part of the community at Saint Joseph.

“I’ve been inspired by all the people I’ve met both at school and throughout our local community who have taken their faith and truly lived by it through service, he said. I’ve truly enjoyed all the opportunities I’ve had to serve through my school in our various community service projects. I know that my high school experience has been crucial in shaping my desire to use my career as an engineer first and foremost to help others.”

At Saint Joseph, Maffetone earned a 4.477 GPA. He was a member of the Quiz Bowl and Mathletes teams as well as part of National Honor Society and Spanish Honor Society. Outside of school, he is involved with a community-based FIRST robotics team (For Inspiration and Recognition of Science and Technology) as both a subteam leader in several areas as well as through volunteering as a part of the center. He also served as vice president of the FIRST Indiana student board of directors.

During the summer, he had the opportunity to intern at Brookhaven National Laboratory’s High School Research Program as well as the University of Notre Dame’s Quarknet program. “I really enjoyed the experience and interest I was able to gain in research from these experiences,” he said.

“I’m very interested in programming and electronics and have enjoyed working on personal projects in my free time. I also really enjoy music and hope to pick up playing an instrument again in college.”

His favorite high school memory is probably winning the state championship with his robotics team, he said, and then traveling with them to the world championship in 2019. “I also really value the all-day programming/math competitions I’ve attended with close friends from school and the memories made during them, as well as dances over the years.”