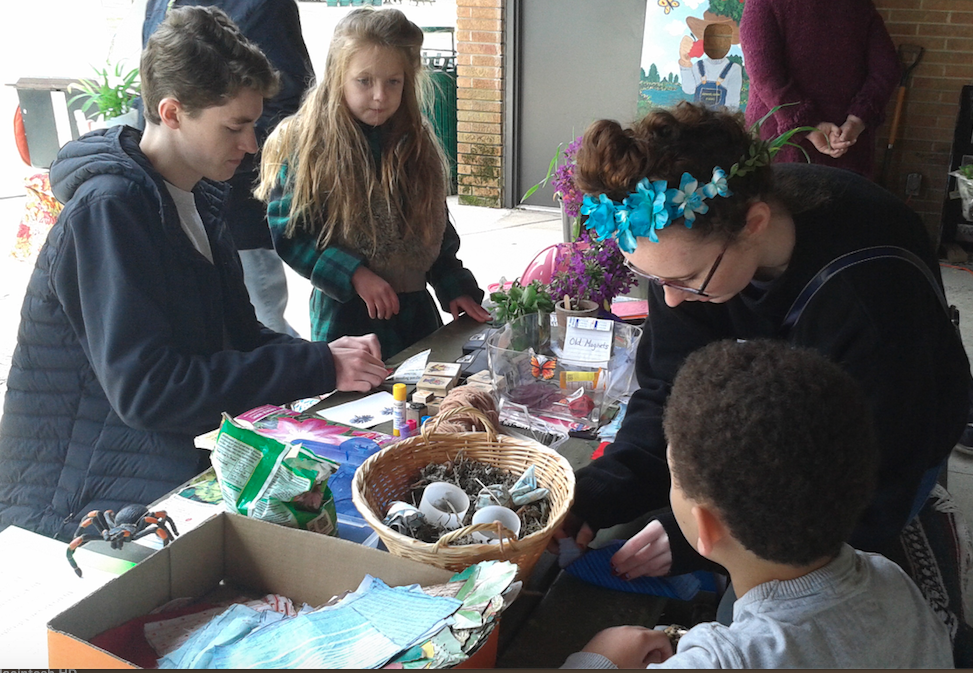 When Pope Francis published his environmentally conscious encyclical, “Laudato Si,” in May of 2015, he reiterated to Catholics all over the world how important it is that they take better care of the earth.

“This is why the earth herself, burdened and laid waste, is among the most abandoned and maltreated of our poor,” wrote Pope Francis in “Laudato Si:” “…‘she groans in travail’ (Rom 8:22). We have forgotten that we ourselves are dust of the earth (cf Gen 2:7); our very bodies are made up of her elements, we breathe her air and we receive life and refreshment from her waters.”

Although this encyclical was a wake-up call to some, previous popes, bishops and other members of the church had already spoken out against the injustices happening to the planet. Because of this, many Catholics were already aware of the earth’s struggles and have been working for years to improve environmental awareness; some of these are students in the Diocese of Fort Wayne-South Bend. 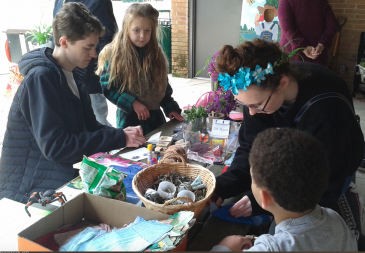 For the past 12 years, Saint Joseph High School in South Bend has had a Social and Ecological Concerns Organization club, where the students meet to discuss how they can personally help to improve the environment.

To incorporate “Laudato Si” into the club, all members participate in two online social justice communities inspired by the encyclical letter: Catholic Climate Covenant and the Ignatian Carbon Challenge.

In addition to caring for the environment, SECO also works to raise awareness of other social injustices.

“SECO is greatly concerned about social issues,” said Kathy Kershner, a theology teacher at Saint Joseph who has been the club’s moderator since it started. “Throughout the school year SECO members ‘teach’ their classmates about the importance of buying fair trade products that do not exploit poor and hardworking laborers in underdeveloped countries around the world. SECO sponsors the selling of fair trade chocolate on Halloween/All Saints’ Day, Valentine’s greeting cards, and sponsors one or more fair trade cafes during the school year.”

The club also plans and assists with other events and activities, such as recycling much of the school’s paper and plastic each week, creating recycling awareness videos, running a “hygiene drive” and sponsoring the hunger bowl, which is a yearly food drive where Saint Joseph competes against Marian High School to benefit the St. Vincent De Paul food pantry.

An original idea, the SECO club was born out of a student’s passion for Catholic social teaching, which is why communities such as the Catholic Climate Covenant works so well with the club.

“We are grounded in the church’s deep history of teaching on creation, ecology and the poor,” it says on the homepage of Catholic Climate Covenant. “Caring for creation and caring for the poor have been a part of the Catholic story since the beginning, but in recent years St. John Paul II, Pope Emeritus Benedict XVI and especially Pope Francis have added a sense of urgency to their call for Catholics to act on climate change.”

Also involved with the club is Chris Culver, a science teacher at Saint Joseph who conducts monthly meetings at which the club discusses the environmental action plans led by the Ignatian Carbon Challenge community.

Currently the club has two co-presidents, seniors Jack Thomas and Faith Boehm. Sophomore Emily Smith, according to Kershner, is “rising to the position of student leaders for next year.”

A big day for the SECO club each year is Earth Day, which was celebrated worldwide on April 22. This year the club brought awareness to the school with an “Earth Week” video, participated in South Bend’s Earth Day activities and sold flowerpot kits for Mother’s Day.

SECO is an example of how the everyday faithful in the Diocese of Fort Wayne-South Bend of people can protect the earth and help prevent social injustices all around the world from occurring.