“We are Catholic men who seek to rekindle the fire of Christ’s love within us and become better leaders, friends, husbands, fathers and sons; the men God calls us to be, through prayer, fellowship, faith and spiritual service to our family, parish and community.”

This is the mission statement of the Rekindle the Fire Men’s Apostolate, according to their website. For nearly 10 years now, Rekindle the Fire has hosted a men’s conference that has drawn more than a thousand men to the area each year to enrich their spiritual lives.

The Rekindle the Fire conference is back after a year’s hiatus. Organizers are excited to bring together men from around the diocese to light the flame of Christ’s love through dynamic Catholic speakers, confession and eucharistic adoration. The day will be enhanced by Mass with Bishop Kevin C. Rhoades. This year’s Rekindle the Fire conference will take place on Feb. 26 from 9 a.m. to 5:30 p.m. at the Allen County War Memorial Coliseum Exposition Center.

Rekindle the Fire leaders say this year’s speakers are men who will push attendees to be better leaders, husbands, fathers and sons. The lineup of speakers includes Tim Staples, Father Wade Menezes, Nathan Crankfield and Jason Shanks. Along with celebrating Mass, Bishop Rhoades will take part in a question-and-answer session with Redeemer Radio’s Kyle Heimann.

In addition to the speakers, more than a dozen priests will be available throughout the day to hear confessions for the men at the conference. Conference organizers will also have a eucharistic adoration chapel for those who want to spend time before God in prayer.

Due to the COVID-19 pandemic, last year’s conference had to be canceled. Instead of a live conference, Rekindle the Fire created a series of monthly videos. The videos featured several national and local Catholic speakers. They also offered a short reflection and blessing from priests throughout the Diocese of Fort Wayne-South Bend. Those videos are still available at the group’s website, rekindlethefire.net. 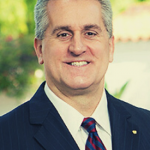 Each of the speakers brings their own knowledge of the faith and a unique perspective on Catholic life. Tim Staples converted to Catholicism in 1988. He is a fixture on Catholic Answers Live, working as a senior apologist. Staples has spoken on many topics, but has a fondness for telling audiences about Mary’s role in God’s plan for His people. 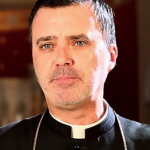 Father Wade L. J. Menezes, CPM, is a member of the Fathers of Mercy. They are a missionary preaching religious congregation based in Auburn, Kentucky. Father Menezes has written for many national Catholic publications. He has also been a guest and hosted programs on EWTN. 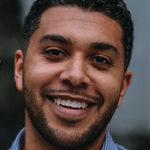 Another convert to Catholicism, Nathan Crankfield became the first in his family to become Catholic at the age of 13. After his service in the U.S. Army as an infantry officer, Crankfield worked at Dynamic Catholic Institute. In 2020, he created Seeking Excellence Ministries to serve God’s Church by using his gifts for writing and speaking. 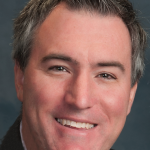 Jason Shanks is the president of the Our Sunday Visitor Institute. He says his role with the OSV Institute seeks to help Catholics strengthen their relationship with Christ. Shanks will share his story about his battle through a severe case of COVID-19.

One of the men who has previously attended the conference, Mike Woehnker, recommended the experience to other men in the area. He said, “I have attended over half of the Rekindle the Fire conferences and find them rejuvenating. It’s like a ‘booster shot’ during the winter. I enjoy the variety of speakers and the fraternity of those who attend. What a great preparation for the season of Lent!”