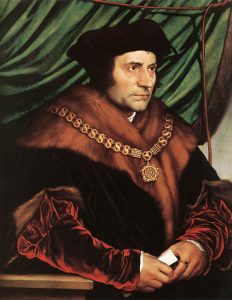 In the upcoming days, Bishop Kevin C. Rhoades will once again celebrate the annual Red Masses for the diocese, an ancient tradition commemorating the ever-relevant necessity of upholding faith and virtue within all areas of the legal and judicial systems.

This year’s Red Masses will celebrated in South Bend on Monday, Oct. 2 at 5:15 p.m. at the Basilica of the Sacred Heart, University of Notre Dame, and in Fort Wayne on Tuesday, Oct. 3 at 5:30 p.m. at the Cathedral of the Immaculate Conception.

The history of the Red Mass dates back to the 13th century, when European nations chose to honor the opening of the judicial year with a celebration of the Eucharist. From its origin, the Mass has been attended by various members of the legal profession who gathered in prayer to seek divine guidance and inspiration as a way of preparation for the challenges ahead.

The first Red Mass held in the United States was celebrated in 1928 at New York’s old St. Andrew Church, located in the shadow of the state and federal courthouses. Today, the tradition is most prominently upheld at the Cathedral of St. Matthew in Washington, D.C., where members of the U.S. Supreme Court, Congress, diplomatic corps, the cabinet and even the president himself, on occasion, have come together in prayer to ask for God’s assistance and blessing as a new term for the court begins. It is also customary for non-Catholics, even non-Christians, to be in attendance as a show of commitment to preserving truth, goodness and virtue within their professions.

Deriving its name from the red vestments worn by the celebrant and scarlet robes worn by the high justices of the Middle Ages, the Red Mass also signifies the invocation of the Holy Spirit, from whom flows the sevenfold gifts of wisdom, understanding, counsel, fortitude, knowledge, piety and fear of the Lord. While these gifts are most often associated with the sacrament of confirmation, they are also meant to be cultivated on a continual basis, ensuring that the principles of faith are not silenced or overshadowed by the noise and influence of contemporary culture.

Since 2013, an additional venue for Fort Wayne legal professionals to connect their Catholic faith with practical living has included the opportunity to become involved with the St. Thomas More Society, an organization designed to bring together people of faith and elected officials to promote education in Catholic Church doctrine. Now, to further strengthen and aid legal professionals throughout the diocese, a second chapter of the St. Thomas More Society has been newly formed in South Bend. Modeled after the chapter in Fort Wayne, Bishop Rhoades officially established the society in South Bend on Aug. 15. This chapter, overseen by a board of governors and led by President Stephen Judge, a South Bend attorney, will celebrate its first major event with this year’s Red Mass, followed by an inaugural St. Thomas More Lecture.

The speech will be given by Professor Stephen Smith, Ph.D., dean of faculty, Hillsdale College, who will present “St. Thomas More on ‘Leading Citizenship:’ Developing the Leaders Needed for Stormy Times.” Smith is a graduate of both the University of Notre Dame and the University of Dallas, where he also served as the assistant director of the Center for Thomas More Studies. Having joined the faculty at Hillsdale College as professor of English in 2001, he now serves the Temple Family Chair in English Literature. Additionally, he is the editor of the forthcoming books, “The Essential Works of Thomas More” and “The Fire of Life: Wonder and Education in Late Shakespeare.” His talk will take place at 7 p.m. at the Eck School of Law at Notre Dame following the Red Mass; a buffet reception will be provided.

The following evening in Fort Wayne, Robert J. Muise, Esq., co-founder of the American Freedom Law Center, will speak on “Reproductive Rights: A Pro-Life Perspective.” Muise, an expert in constitutional law, has dedicated his practice to defending religious liberties, freedom of speech and the right to life in state and federal trial and appellate courts all across the country. A graduate of the College of the Holy Cross in Worcester, Massachusetts, Muise then served 13 years as an office in the United States Marine Corps. While a captain on active duty he attended law school at the University of Notre Dame, graduating summa cum laude in 1997. He then served several years as a Marine judge advocate before resigning his commission. His personal military decorations include the Meritorious Service Medal, the Navy Commendation Medal and the Navy Achievement Medal. His presentation will take place at the Archbishop Noll Center after the Red Mass; dinner will be served afterward to those who have previously registered.

Attendance at either talk will provide legal professionals the opportunity to receive a one-hour continuing legal education credit.

In 2013, through the collaboration and efforts of several legal professionals in the Fort Wayne area, Bishop Kevin C. Rhoades approved the establishment of the first St. Thomas More Society in the diocese. This year, in response to growing interest, a second chapter of the St. Thomas More Society has been created in South Bend.

Officially recognized and introduced this past Aug. 15 by Bishop Rhoades, the new chapter is led by attorney Stephen Judge. Judge indicated that the formation of the St. Thomas More Society of South Bend became a reality through the efforts of numerous individuals in the local area, as well as from the guidance and direction of Bishop Rhoades. He shared that “given the distance between the two ends of the diocese, discussions arose concerning whether South Bend should have its own society chapter to better serve the needs of legal professionals in the local area. We organized a team and began drafting the bylaws based upon what had been composed in Fort Wayne. Bishop Rhoades approved the establishment and those who participated in the formation process continue to serve as leading members of the organization.”

The society’s first major event will be the celebration of a Red Mass on Monday, Oct. 2, at Notre Dame’s Basilica of the Sacred Heart. This will be followed by the Inaugural St. Thomas More Lecture by Professor Stephen Smith, Ph.D., dean of faculty at Hillsdale College.

Judge indicated that the Red Mass is a key event for the St. Thomas More Society, since it centers andfocuses the numerous members of the legal profession around the truth of the Gospel and the core of the Catholic faith, the Eucharist. Through the creation of the society in South Bend, which seeks to strengthen fellowship and deepen Christian commitment, Judge expressed his hope that many would choose to attend this year’s Mass and consider joining the society.

The fundamental mission of the St. Thomas More Society of South Bend is to be “a Catholic professional association that advocates the use of both faith and reason in promoting the common good and the welfare of its members and society.” This will occur most often through liturgical celebrations, communal days of reflection, and opportunities to attend continuing education classes, which attorneys throughout Indiana are required to take on a yearly basis.  Judge shared that his hopes for the society included “building community among local Catholics in the legal profession, providing opportunities for education on issues affecting them, offering spiritual enrichment, and providing mentorship for young lawyers, aspiring law students, and future legal professionals.”

In upholding St. Thomas More as their patron, the society seeks to identify with a man who, in the words of St. John Paul II, “bore witness to his Catholic Faith in his search for truth, his defense of conscience, and his commitment to the dignity of the person, the sanctity of marriage, and justice in civil society. Martyred for his religious convictions, he is ‘venerated as an imperishable example of moral integrity’ and acknowledged, even outside the Church, as a witness to the ‘inalienable dignity of the human conscience’ and the ‘primacy of truth over power.’”

To learn more, as well as stay up-to-date on events or connect with other members, visit https://stthomasmoresb.wordpress.com/.