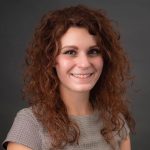 A Red Mass was celebrated at the Cathedral of the Immaculate Conception, Fort Wayne, Tuesday evening, Oct. 2, and many practitioners of legal professions attended. Vested in the red robes traditional to the feast day of St. Thomas More, Bishop Kevin C. Rhoades celebrated the special Mass in honor of the Holy Spirit.

The Red Mass has a history dating to the 13th century. The first Red Mass was celebrated around the year 1245 in Paris, France, and made its way into England during the reign of King Edward I, around 1310. The custom originally was for all the “Bench and Bar” to attend, and the Mass was scheduled for the beginning of the four terms of court.

The first term began around the feast of St. Michael the Archangel, which was when the courts, parliament and universities began their legal activities for the year. 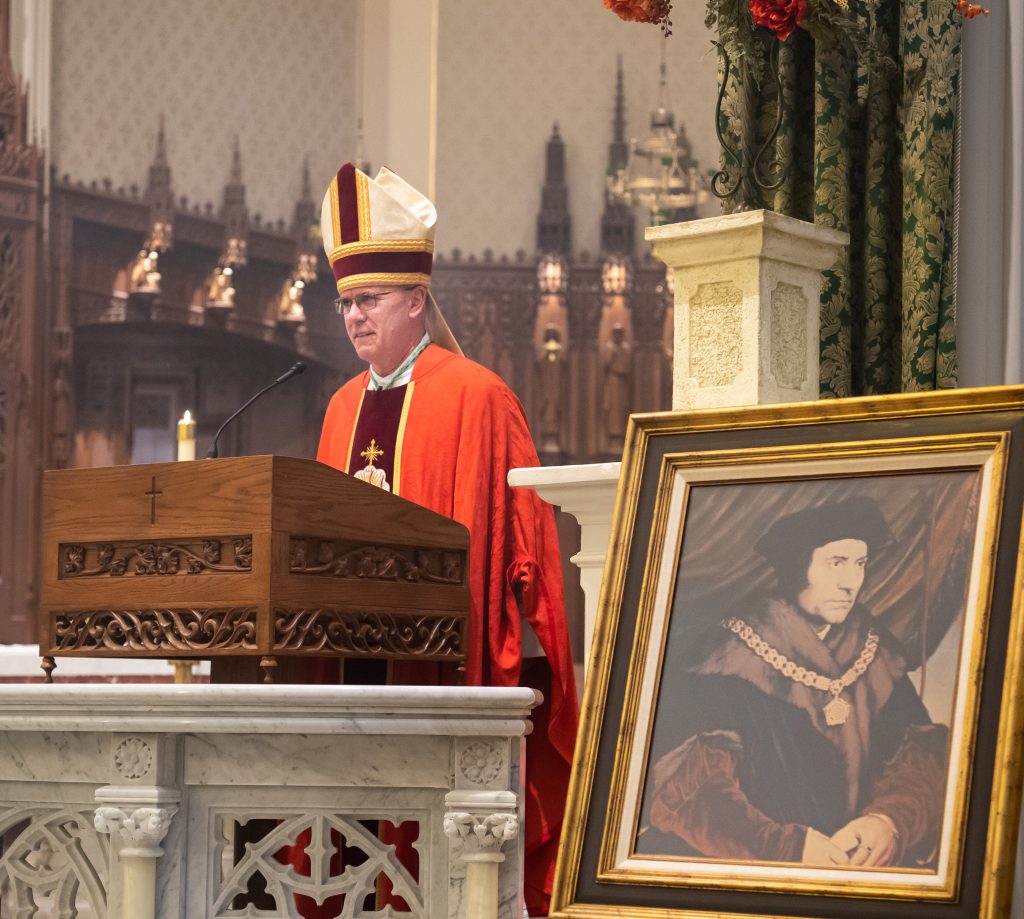 The Red Mass was given its name due to the color of the celebrant’s vestments, a symbol of the gifts of the Holy Spirit, which are wisdom, understanding, counsel, fortitude, knowledge, piety and fear of the Lord. These gifts are to shine in dispensing judgement in the courtroom as demonstrated by judges, lawyers, law school professors and students, and all elected government officials. During this time, the Church prays for all in the legal profession, that the Holy Spirit may be with them in mind, heart and word.

During the Mass, Bishop Rhoades reminded the congregation that as a jurist, St. Thomas More refused to take the Supreme Oath, announcing the King of England as the head of the Church, and he became a martyr as a result. St. Thomas More had the gifts of the Holy Spirit within him, and knew that he was God’s servant first. 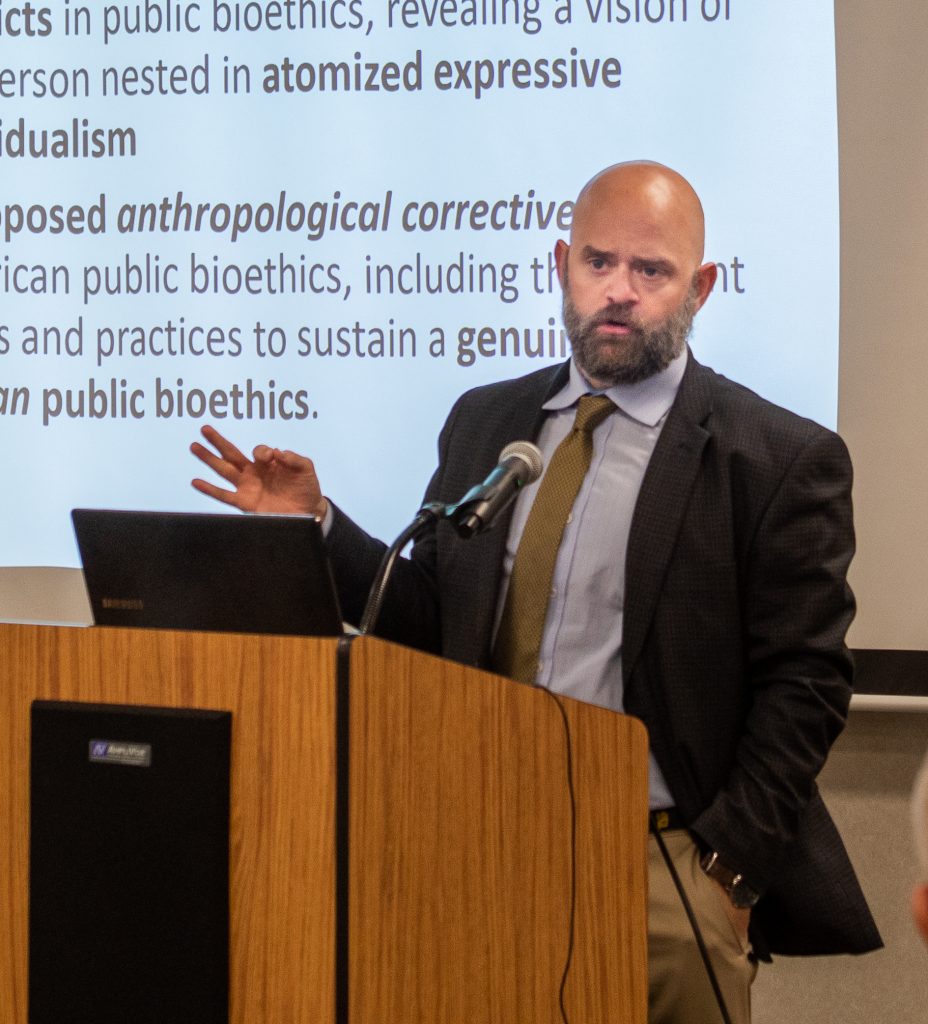 University of Notre Dame professor O. Carter Snead, an expert on public bioethics, speaks during a dinner following the celebration of a Red Mass at the Cathedral of the Immaculate Conception, Fort Wayne, on Oct. 2. — John Martin

Of the first reading of the feast day, in which Solomon prayed for wisdom, Bishop Rhoades said Solomon, putting wisdom first, realized that it was the kingdom of God that he should seek before all else. He reminded his peers to do the same and asked that others pray for the guidance of the Holy Spirit for those in the legal profession.

State Sen. Liz Brown, R-Fort Wayne, said of the Red Mass: “I think it’s important to honor and emulate the memory of Saint Thomas More, who realized that his faith was more important than, at that time, the role of the king and I think it’s a good reminder for elected officials and lawyers to remember that our faith isn’t something we leave at the courtroom or statehouse door.”