Phil and Stacey Huneck were high school sweethearts in Fort Wayne. They married in 2015 and are heavily involved in youth and young adult ministry at St. Charles Borromeo Parish. Their life, they feel, is generally fulfilling; but as many young couples do, they longed for it to be made even richer by having children.

“We got into marriage kind of expecting that at some point I would be staying home because we’d have kids. We’re very open to life or whatever God has in store for us,” Stacey shared.

She underwent surgery to relieve some symptoms and submitted to a few treatments to help her body overcome one of the limitations of the diagnosis, but the treatments were unsuccessful. The couple’s expectation of having children started to fade. 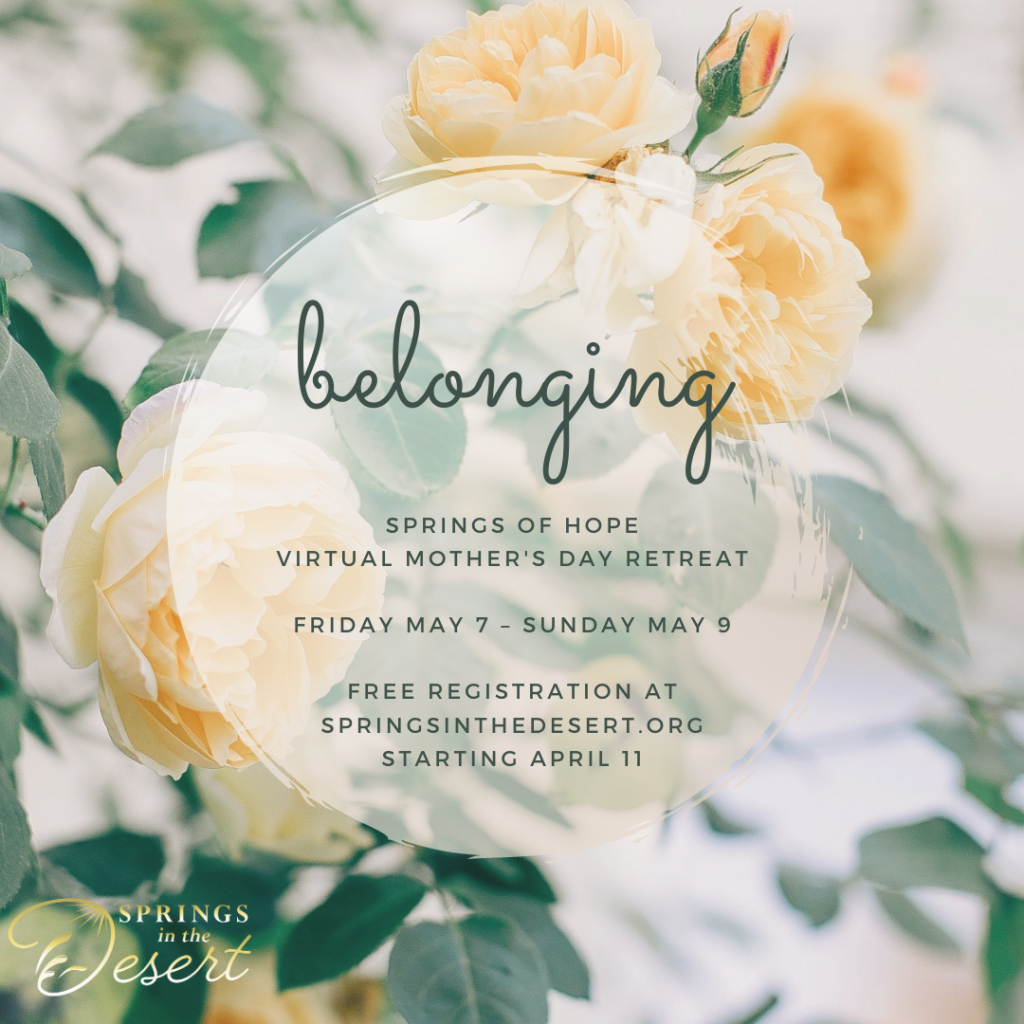 Occasionally, Stacey would interact with some of the online communities of couples who also found themselves dealing with issues of infertility. Her and her husband’s deep faith and trust in God’s will for their lives manifested itself in her posts, which stood out for their uplifting nature in what too often functioned as “an echo chamber of pain and grief,” as she described it.

That inspiration was noted by the leadership team of Springs in the Desert, a Catholic community dedicated to spiritually accompany those experiencing fertility and loss while maintaining hope that God is transforming their suffering into fruitfulness. Stacey was asked to write for its online blog. In 2019, she became a member of the leadership team.

On May 7-9, Springs in the Desert will host its second annual Mother’s Day weekend retreat for men and women in the Diocese of Fort Wayne-South Bend. This year’s retreat, which is free of charge, will be virtual. Bishop Kevin C. Rhoades will offer a blessing and Stacey is scheduled to be among the presenters. Special messages will be provided by members of the religious community The Sisters of Life.

Mother’s Day and Advent are times of the year that are particularly painful for couples who long to have children, Stacey explained: Advent because of the focus on the expectant Mary, and Mother’s Day for obvious reasons.

“It’s particularly hard when, at Mass the priest asks anyone who’s a mother to stand up, and then gives them a blessing,” she shared.

Given that one in eight couples struggle with primary or secondary infertility, miscarriage and other forms of loss, and because infertile Catholic couples in particular often feel that without children their marriage lacks purpose, the theme of the retreat is “Belonging.”

“We want to fill them with that sense,” Stacey said. “So many couples are abandoning the faith either because they feel that He is punishing them or has abandoned them, or because they want to pursue something against what the Church teaches, like IVF. We want to create an overall sense that their marriage still matters, even though children are so important to the Catholic understanding of the purpose of marriage. We want to give them someone to connect with.” Other sessions will discuss how even couples suffering with infertility still wholly belong to the Church, to Christ, to each other in marriage and to their community. A virtual Mass will be celebrated.

Among other topics that will be discussed is the encouragement of women struggling with infertility to open themselves up to spiritual motherhood.

“It’s a gift, but for women who are still hurting, it’s a hard one to accept. It’s a hard thing to talk about, because they experience it like a consolation prize.” Stacey has spiritual mothers in her own life, as well as a strong devotion to the saints. So, she has embraced the idea of spiritual motherhood but acknowledges it can be an extremely difficult proposition.

Expanding on her desire to affirm the life-giving hope available to infertile couples in Christ and His Church, Stacey and Springs in the Desert are also working with Anna McKeever, founder of the South Bend-based infertility ministry Hope for the Journey, and the diocesan Office of Marriage and Family Ministry to incorporate and expand the local ministry’s support of couples who are not able to conceive. Their hope is that the initiative will become a complementary and valuable resource at the local level.

To register for the Springs in the Desert retreat, visit www.springsinthedesert.org.