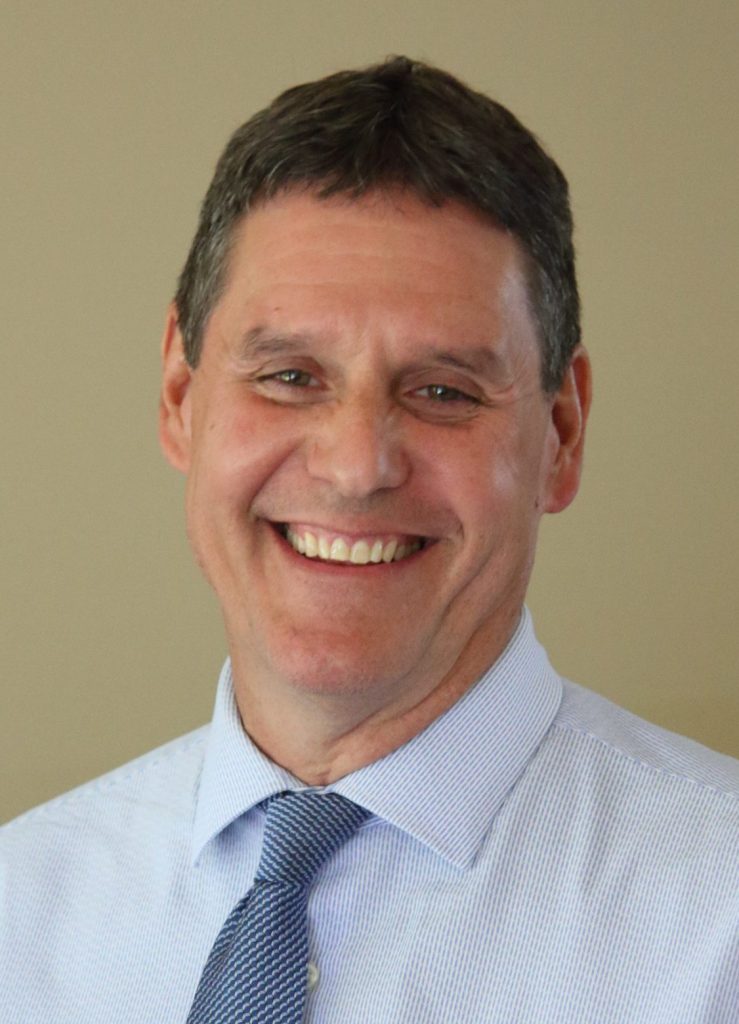 At Queen of Peace School in Mishawaka, area teacher and administrator Scott Kovatch will be at the helm beginning with the 2021-22 school year.

In addition to a diverse background that prepared him for his new profession, he displays an enormous amount of passion for education and compassion toward his faculty, staff and volunteers.

Thirty-five years ago, Kovatch began his career path as a special education teacher. Like most journeys in life, there were a few curves in the road that were perhaps not initially expected but were ultimately part of God’s plan.

While an undergraduate student at Indiana University in Bloomington, Kovatch found there to be an emphasis on special education for students with serious emotional handicaps and mild to moderate disabilities.

In 1986, Kovatch became a special education teacher for emotionally handicapped students in grades three through six with Evansville-Vanderburgh Schools. The following year, he worked for Baugo Community Schools, Elkhart, as a special education teacher for students in seventh and eighth grades. In 1988 through 1990, for Northwest Special Education Cooperative in Crown Point, he was a traveling teacher across four school corporations in northwest Indiana. He traveled to 35 schools a week on average, focusing on implementing individualized educational plan goals and objectives for students identified as emotionally handicapped.

In the early 1990s, Kovatch took a break from education to add a master’s degree in social work from Wayne State University to his already-earned bachelor’s degree and Master of Science in Elementary Education Administration certification. In 1990 and 1991, he worked in the inpatient unit of St. Joseph Mercy Hospital in Pontiac, Michigan, as a classroom teacher, helping hospitalized youth in grades seven through 12 maintain credits while in the hospital setting.

Kovatch engaged in school social work for Niles Community Schools in Niles, Michigan, from 1992-94. His duties included working with seriously at-risk families, as a liaison between school, home and community agencies. During that time, he said, people often commented he would be a great principal. The thought ruminated with him.

Kovatch also held various positions in the Baugo schools from 2008-19, including intermediate principal, director of operations and student services, Jimtown High School assistant principal and then principal, and chief coordinator of human resources and exceptional students.

Kovatch most recently served as the assistant superintendent for the Concord Community Schools in Elkhart. His responsibilities included overseeing the facilities, maintenance and grounds, as well as all nursing and health office services. He worked as a liaison with the school security and Concord Police Department and for the district’s homeless families, and he supervised and evaluated the directors of transportation, facilities and special education.

His parents and sister have nearly 100 years combined experience as educators, yet, Kovatch said he found himself wondering every two years, “What do I want to do next with my life?” In January, the father of six said he “overwhelmingly thought Queen of Peace is where God may be calling me.”

This will be the first time Kovatch has two children attending the same school where he is principal. His son James will be in seventh grade, and his daughter Teresa will be in eighth grade at Queen of Peace.

“I am blessed beyond words that God allows me to dial in to being sympathetic and empathetic to all,” he said. He added, “I believe we’re working on souls here and we are trying to get them all to heaven.”

The school will be committed to helping people with disabilities figure out their individual success, said Kovatch, as their motto is “Truth, beauty, and goodness in everything we think, say, and do.”