LOUISVILLE, Ky. (CNS) — Archbishop Joseph F. Naumann of Kansas City, Kansas, told diocesan pro-life leaders gathered in Louisville Aug. 5-7 that they are part of the “most important human rights effort of our time and our age.”

Eighty-five directors of pro-life ministry from 63 dioceses around the country gathered for the Diocesan Pro-Life Leadership Conference, sponsored by the U.S. Conference of Catholic Bishops. The theme of the conference was “Christ, Our Hope.”

In the talk — titled “Life Will Be Victorious,” which also is his episcopal motto — he thanked the diocesan pro-life leaders for helping their bishops and dioceses “build a culture of life in this particular moment in time when the Church is wounded by the clerical sexual abuse scandal; at a time of pro-life promise with the current composition of the U.S. Supreme Court; and a time when supporters of legalized abortion are incredibly motivated and energized.” 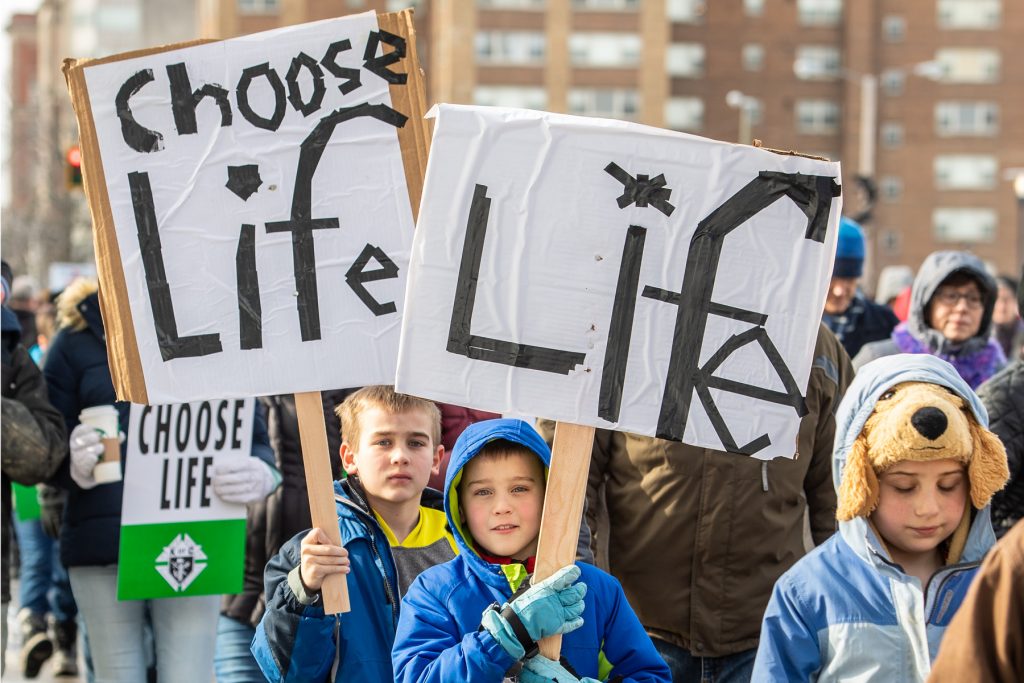 Marchers share the pro-life message on the streets of Fort Wayne in January. — John Martin

During the three-day conference, participants attended a variety of break-out sessions led by experts in law and medicine, diocesan leaders and parish priests.

During his keynote address, Archbishop Naumann acknowledged the pain and anger caused by the clergy sexual abuse crisis and encouraged his listeners to persevere as leaders in the Church.

He noted that a 2019 book by Auxiliary Bishop Robert E. Barron of Los Angeles titled “Letter to a Suffering Church: A Bishop Speaks Out on the Sexual Crisis” describes the scandal as a “diabolical masterpiece” that has “corroded Catholic credibility” on a variety of fronts.

The pro-life effort was affected, too, Archbishop Naumann said.

“It cannot be denied that it has impaired the voice of the Church in speaking to our culture about the great moral evils of our time,” he said. This does not “absolve us of speaking boldly and strongly at the same time with humility. But, we must continue to teach the truth and speak it with love.”

He noted that Bishop Barron’s book addresses the question “Why remain Catholic in these difficult times?”

The archbishop added, “For you, I think the question becomes even more powerful: ‘Why remain a leader within the Church who has these problems?’” 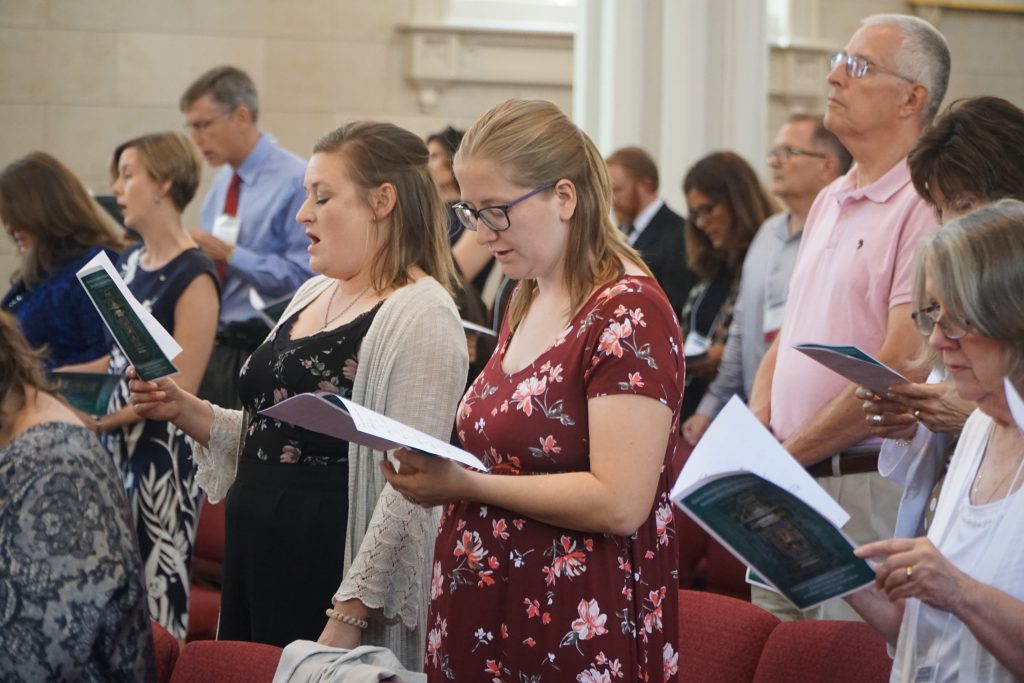 Participants of the Diocesan Pro-Life Leadership Conference attend Mass Aug. 5, 2019, at the Cathedral of the Assumption in Louisville, Ky. (CNS photo/Jessica Able, The Record)

The Church is an “’earthen vessel’ but holds a great, great treasure,” he said. He went on to list three reasons to remain Catholic and continue to be a leader in the Church.

First, the Church speaks of God in an age when “we see a growing atheism and a growing return to a paganism,” he said.

“There is a God. But not just that there’s a God, but to know of a God of revelation, of a God that has pursued us, that sent His Son into the world to share our humanity so that we could share in His life,” he continued. “That is the privilege of all of us as Catholics, but especially as Catholic leaders, to share with our world.”

Another reason to persevere is the saints, he said.

“There would be no scandals in the Church if its members, particularly we the clergy, faithfully followed our moral teaching,” Archbishop Naumann said. “Many saints were previously great sinners yet we do not venerate them for their sin but the transformation of their lives by God’s grace.”

Quoting Pope Benedict XVI, he said the saints were motivated to live “heroic lives of virtue” for the chance to encounter the person of Jesus Christ.

“Catholicism affords us many opportunities to experience encounters with Jesus,” he said.

The third reason to persevere, the archbishop said, is the magisterium. The magisterium is the Church’s authority to give authentic interpretation of the word of God.

“The magisterium is a great gift even though it’s entrusted to weak individuals,” he said. “But it’s through this gift the Holy Spirit remains with the Church and keeps us constant in our teachings.”

Jessica Able is a staff writer at The Record, newspaper of the Archdiocese of Louisville.