MONTGOMERY, Ala. (CNS) — By passing a bill to ban abortion in nearly all circumstances, the Alabama Legislature has recognized that abortion is “the extinguishing of a unique human life,” said the president and CEO of Americans United for Life.

“From conception to natural death, every single human life deserves to be protected by law. The violence of abortion is never the answer to the violence of rape,” said Catherine Glenn Foster in a May 15 statement. “Like other states that have passed laws concerning when life begins, Alabama has relied upon scientific and medical facts.”

The state Senate passed the measure late May 14 in a 25-6 vote. The state House of Representatives overwhelmingly approved it in early May.

It includes exceptions for when the life or health of åthe mother is seriously threatened and when the child has a fatal disease. It bans abortion in all other circumstances, including rape and incest, and makes performing an abortion at any stage of pregnancy a felony punishable by up to 99 years in prison.

Gov. Kay Ivey signed the measure into law late May 15. “To the bill’s many supporters,” she said in a statement, “this legislation stands as a powerful testament to Alabamians’ deeply held belief that every life is precious and that every life is a sacred gift from God.”

Alabama now has the most restrictive abortion law in the country. The Alabama arm of the American Civil Liberties Union already announced it would file a lawsuit against it. The law “become fodder for the swirling debate over if — and when — the Supreme Court might consider overturning the landmark Roe v. Wade ruling,” CNN reported. 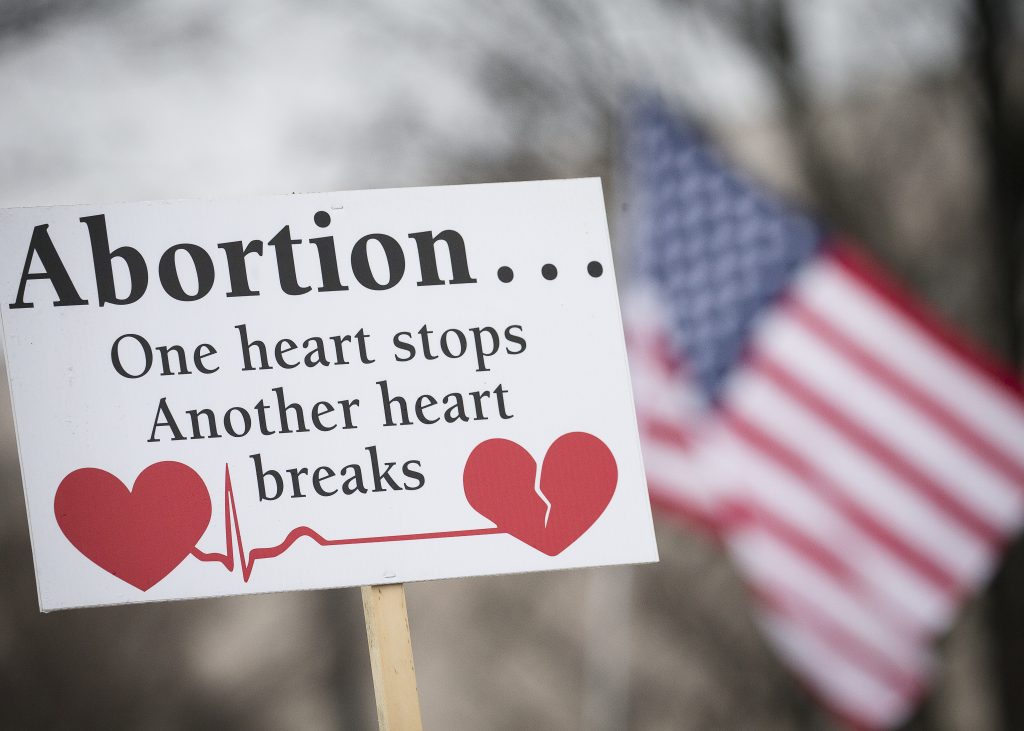 A pro-life sign is displayed during the 2019 annual March for Life rally in Washington Jan. 18. By passing a bill to ban abortion in nearly all circumstances, the Alabama Legislature has recognized that abortion is “the extinguishing of a unique human life,” said the president and CEO of Americans United for Life. (CNS photo/Tyler Orsburn)

Republican state Rep. Terri Collins said after the vote that bill was meant to challenge Roe v. Wade and protect the lives of the unborn, “because an unborn baby is a person who deserves love and protection.”

Afterward, he was quoted as saying the state and supporters of the measure “ought to be ashamed.” Singleton added: “Women in this state didn’t deserve this. This is all about political grandstanding.” Other opponents called the bill cruel and a “war on women.”

Marjorie Dannenfelser, president of the Susan B. Anthony List, a national pro-life group, called passage of the near-total ban on abortion “a landmark victory for the people of Alabama who, like most Americans, overwhelmingly reject the extreme status quo of abortion on demand imposed nationwide by Roe v. Wade.”

“Across the nation there is growing momentum, informed by science and compassion, and spurred on in reaction to abortion extremism in New York and Virginia, to recognize the humanity of the unborn child in the law,” she said.

“It is clearer than ever that Roe is far from being settled law in the eyes and hearts of the American people, and this is increasingly reflected in state legislatures,” she added.