“To be authentically Catholic is to be pro-life. To be pro-life is to love and protect the unborn, the poor, the marginalized, the sick and suffering, and the elderly and dying. We need to be united as Catholics, as a people of and for life,” Bishop Kevin C. Rhoades told the Belles for Life, a Saint Mary’s College right-to-life club Wednesday evening, Sept. 18. It was the first lecture of a speaker series on the campus of the Notre Dame, Indiana, school.

The event was open to the public as well as to students. A lecture and Q&A session afterward allowed everyone present to learn more about the depth and breadth of being pro-life. 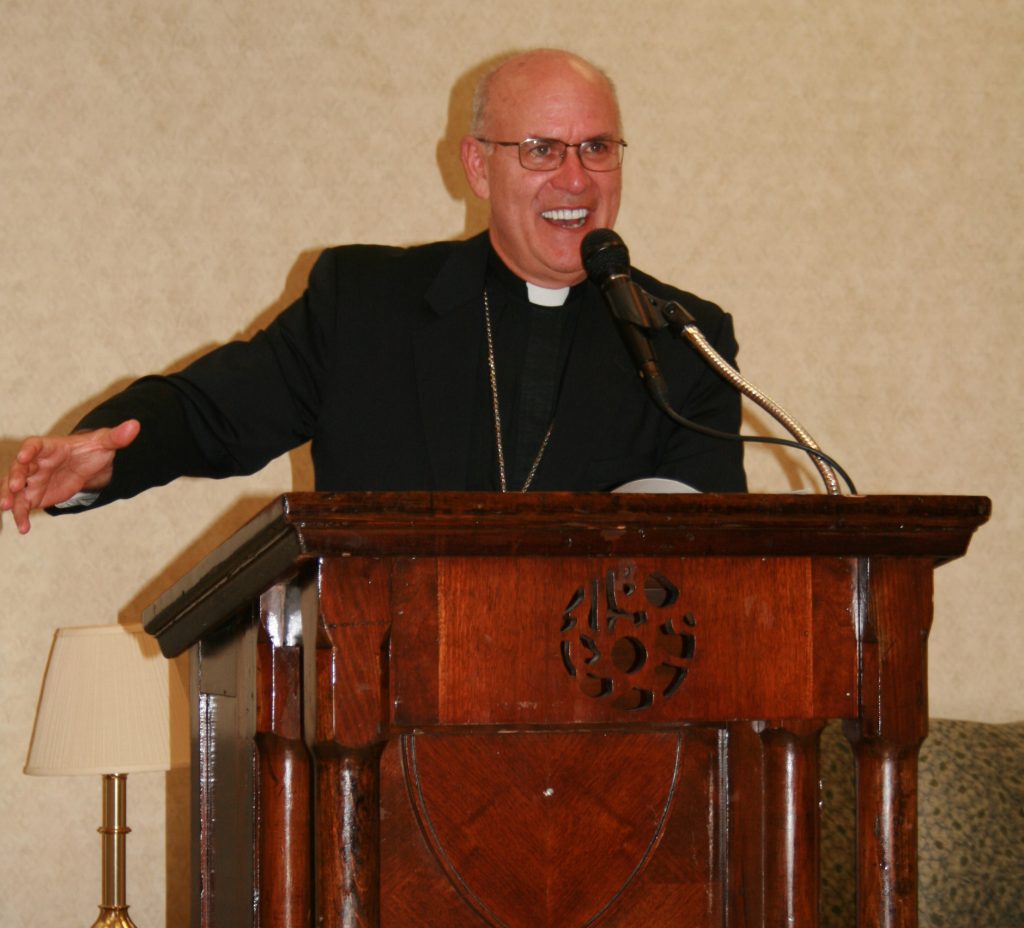 The Belles asked Bishop Rhoades about a variety of topics, from euthanasia and immigration to gun control, because the group strives to establish a pro-life culture on campus that respects life from conception until natural death.

He began with basics. “I chose the title for this talk, ‘To be Authentically Catholic is to be Pro-Life,’ based on the fact that, as St. John Paul II taught: ‘The Gospel of Life is an integral part of the Gospel’ and because we are to be a people of and for life. This is part of who we are as disciples of Jesus Christ,” he said. “Being at the service of life is our duty. We are called to love our neighbor as ourselves, based on the truth that every human being has been created in the image and likeness of God, from the moment of conception until death. We believe in the greatness and inestimable value of every human life.

“There’s a terrible split that has taken place among some in the Church, a division between so-called ‘pro-life’ and ‘social justice’ Catholics. This is a false dichotomy. I see this tendency within the Church — sometimes it’s identified as liberal vs. conservative Catholics or left-wing vs. right wing Catholics,” he said. “But this is not authentic Catholicism. Our tradition has never endorsed such a split. The Church has always had a deep commitment to the dignity of every human person and respect for life from conception to natural death. It is a very regrettable phenomenon that some Catholics have bought into a segregated view, which distorts the Church’s defense of human life and dignity.”

He said he couldn’t think of a saint of the Church who was not passionately committed to the love of the poor and needy and also to the love and protection of the unborn.

“Think of St. Mother Teresa — was there anyone in recent Church history more committed to the care of the poor and the social teachings of the Church? At the same time, in almost every talk she gave, she would talk about the evil of abortion.” 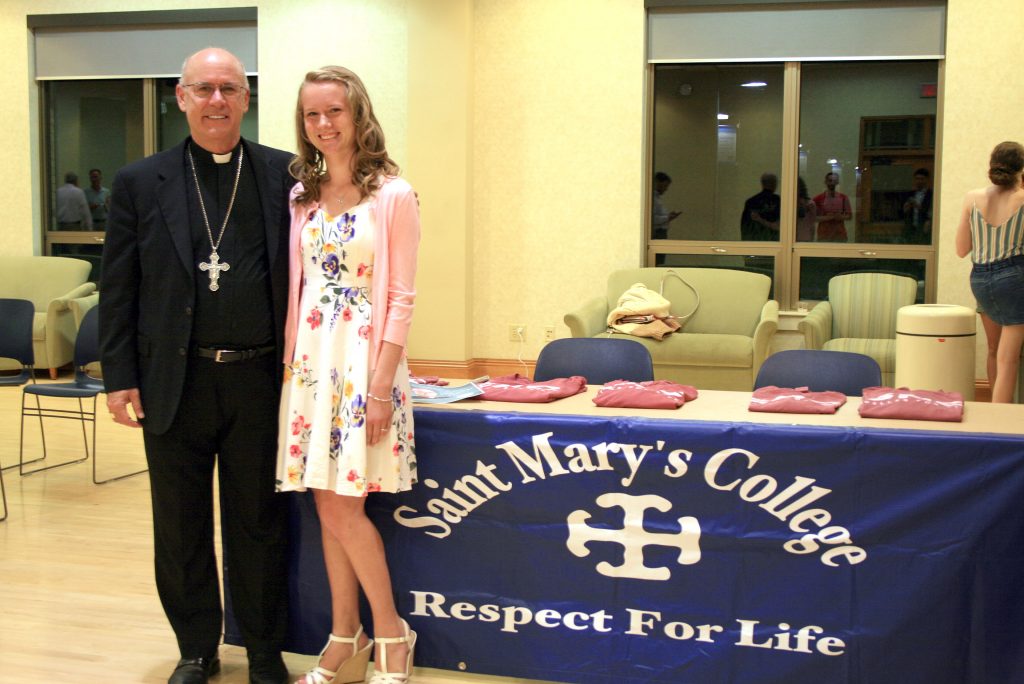 To be authentically Catholic is to be both pro-life and support and defend the poor and the immigrant, the bishop told the Belles for Life, a Saint Mary’s club. His presentation was the first in a series of speakers on life issues on the campus. — Jennifer Miller

Bishop Rhoades also highlighted the example of Dorothy Day; and the writings of St. John Paul II, Pope Benedict XVI and Pope Francis, all of whom were “deeply pro-life and so passionate about justice.”

He acknowledged that this is why “so many faithful Catholics struggle about who to vote for in political elections. In some ways, we don’t fit into the political parties and their platforms today.”

The Belles of St. Mary’s responded with nods and thoughtful questions. Afterwards, friends Kelly Harris and Cassie Miller, juniors from Illinois, shared their appreciation of the bishop’s words.

“I liked how he pointed out the difference between being Republican or Democrat and being Catholic,” said Harris. So often, especially in the climate of today, we see people arguing: ‘I’m pro-life.’ ‘Well, I’m pro-immigrant.’ ‘I’m pro-this.’ ‘I’m pro-that.’ “And I’m always like, ‘Well, I’m Catholic and so I’m going to align my beliefs with the faith.’ I think he put that in an eloquent way: We can say we’re both/and, not either/or, and I really liked that.”

Miller agreed. “Everybody, especially the media, portrays the pro-life movement as just pro-birth, but I think the emphasis on immigrants and “until natural death” is super important too. Especially in college, which is sometimes a very liberal atmosphere. Focus on every stage of life. The social justice (topics) help represent that we’re not just pro-birth. Humanity is what’s at the center of Catholic teaching.

“I think, Jesus himself was human, so why would we not want to support every single human life?”

Bishop Rhoades encouraged and blessed the Belles, saying, “Belles for Life, the Lord is sending you to be witnesses of the truth of the sacredness of all human life here on the Saint Mary’s College campus and beyond; to be authentic witnesses of the sanctity of life of the unborn and of all God’s children.”