The game drew fans from parishes across the diocese, with several fans traveling from Fort Wayne to watch their priests and seminarians compete.

As hundreds of fans filed into the gymnasium, the two teams made some warmup shots. 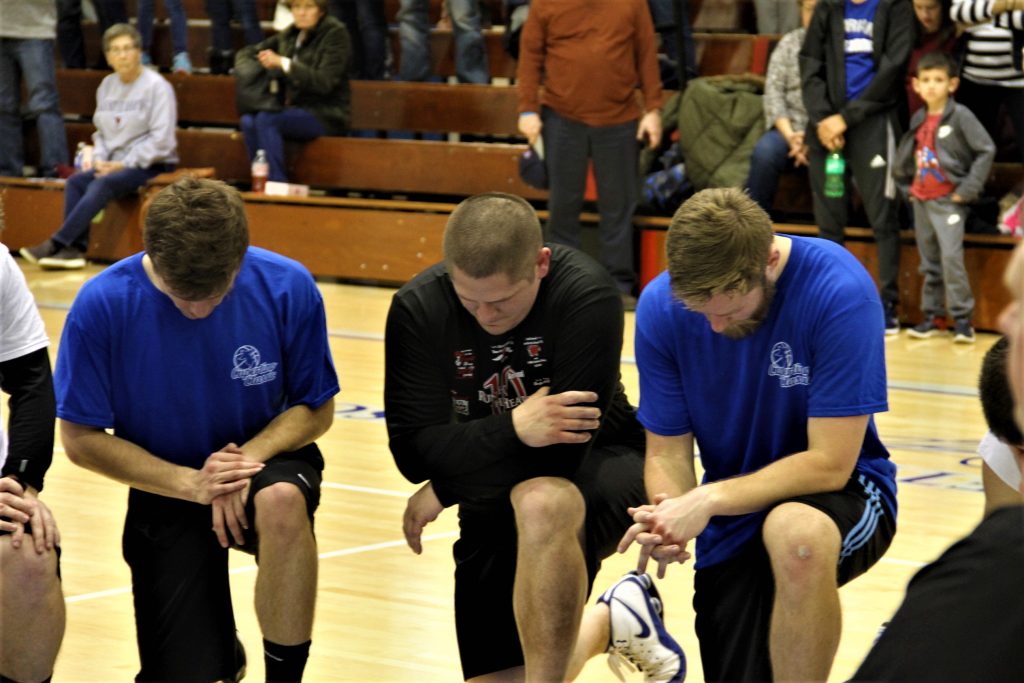 Players from the priest and seminarian teams bow their heads as Father Jacob Meyer leads the gymnasium in prayer following the Cupertino Classic game at Marian High School, Mishawaka, Dec 27.

After Father Daniel Neizer led a prayer, and the national anthem played, the game began. Throughout the evening, the seminarians trailed the priests by a small margin. Father Matthew Coonan and his brother Father Terrance Coonan repeatedly and aggressively drove to the basket to maintain a slim lead over their opponents.

Emcees Father Jacob Meyer and Father David Huneck provided humorous commentary throughout the evening, often making light-hearted jabs at several seminarians while the future priests had possession of the ball or when they committed a foul. The two witty priests also poked a little fun at Father Eric Burgener, who had almost completely ripped the sides of his jersey in what seemed like an attempt to gain greater mobility on the court.

As players passed the ball to their teammates, several fans in the crowd waved creative homemade signs to cheer on their parish priests and seminarians. 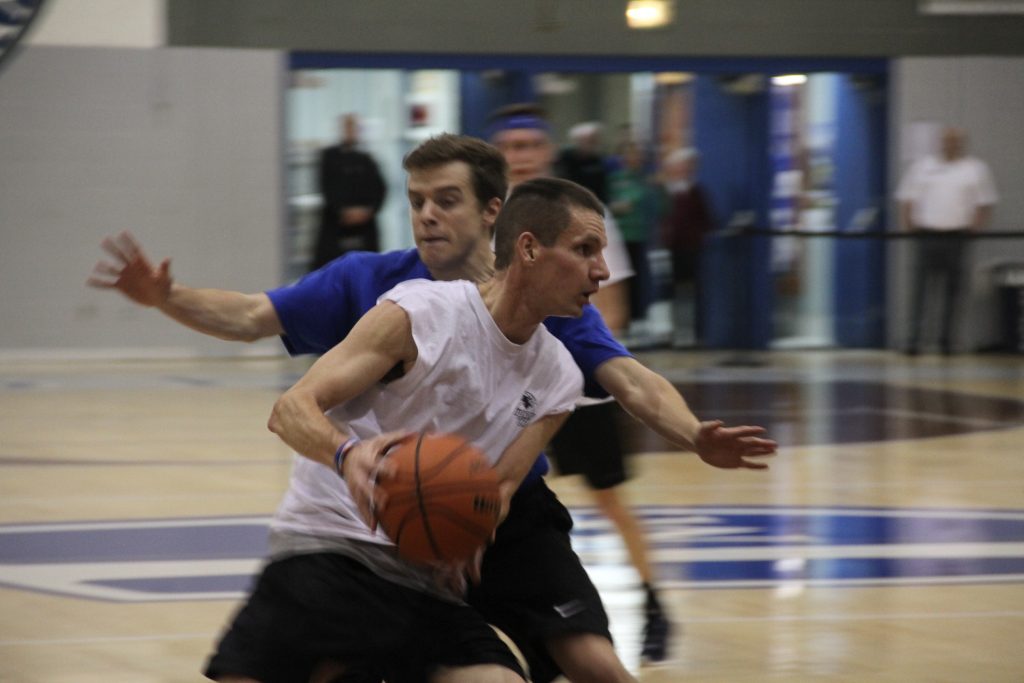 Seminarian Vince Faurote pressures Father Matthew Coonan as he drives toward the basket.

At several instances during the game it seemed that St. Joseph of Cupertino, the legendary, levitating priest from whom the annual competition receives its name, had granted his intercession to seminarian team captain Benjamin Landrigan, who jumped for layups and blocked shots by the clergy.

The priests retreated to their locker room at the half, leading by eight points. After the players left the court, Father Huneck and several Sisters of St. Francis of Perpetual Adoration played a playful pick-up game.

The seminarian team’s luck did not improve in the second half. Father Matthew Coonan’s striking endurance allowed him to continue driving to the basket for layups, as he had done in the matchup’s first half. The seminarians kept the game close, but at the end of the third quarter, they still trailed their ordained opponents by four points.

With a minute and a half remaining in the game, the priests lengthened their lead. However, with less than two seconds left, the priests fouled on a shot. Seminarian Brian Florin made his first of two free throws, bringing his team within only three points of the clergy. Florin missed the second shot, but there was hope his teammates would rebound and tie the game from the three-point line; the game clock expired, however, before the seminarians could capitalize on the opportunity.

The triumphant priests achieved a close 48-45 victory over their opponents. Although the seminarians’ attempted three-game run had crumbled, the seminarians commended their challengers with congratulatory handshakes and brotherly hugs after a hard-fought game. 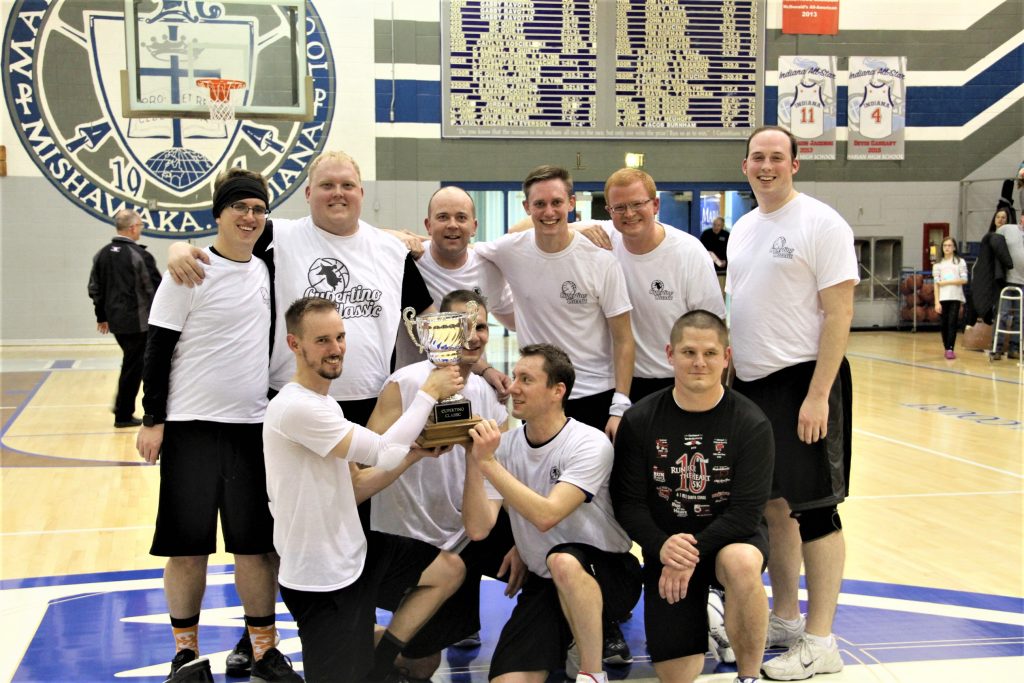 Photos by Joshua Schipper
Members of the priest team hold the winner’s trophy after beating the seminarians 48-45 in the annual Cupertino Classic basketball game Dec. 27 at Marian High School, Mishawaka.

As the evening drew to a close, Father Meyer led the gymnasium in prayer. Father Huneck presented a gleaming trophy to his brother priests.

The annual Cupertino Classic basketball game raises awareness for vocation discernment, especially vocations to the priesthood and religious life. Inside the game-day guide, spectators could find not only Friday’s roster, but also tips for discernment from the USCCB.

The annual evening of community, competition and camaraderie returns to Fort Wayne next winter at Bishop Luers High School.