VATICAN CITY (CNS) — Pope Francis offered prayers for the people of the United States “shaken by the recent siege on Congress” and prayed for the five people who lost their lives “in those dramatic moments” when protesters stormed the Capitol Jan. 6.

Remarking on the events after reciting the Angelus prayer Jan. 10, the pope insisted that “violence is always self-destructive. Nothing is gained by violence and so much is lost.”

The pope urged government leaders “and the entire population to maintain a high sense of responsibility in order to soothe tempers, promote national reconciliation and protect the democratic values rooted in American society.” 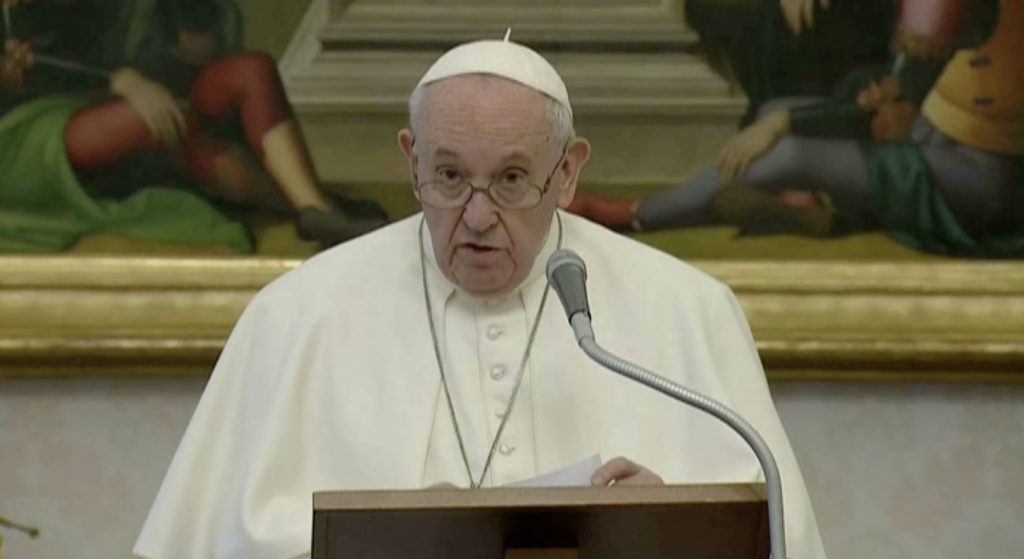 Pope Francis speaks as he leads the Angelus from the Apostolic Palace at the Vatican Jan. 10, 2021, in this still image taken from video. The pope offered prayers for the people of the United States “shaken by the recent siege on Congress” and prayed for the five people who lost their lives when protesters stormed the Capitol Jan. 6. (CNS photo/Vatican Media via Reuters)

And he prayed that “Mary Immaculate, patroness of the United States of America,” would “help keep alive the culture of encounter, the culture of caring, as the way to build together the common good; and may she do so with all who live in that land.”

Pope Francis’ remarks came one day after the release of clips of an interview in which he said he was “astonished” by the violent breach of the U.S. Capitol, especially because the people of the United States are “so disciplined in democracy.”

The interview with Italy’s Canale 5 was scheduled for broadcast Jan. 10, but some clips were aired Jan. 9.

Violence, he told the interviewer, must always be condemned, but it also is true that in even the most “mature” societies, there are violent minorities, “people taking a path against the community, against democracy, against the common good.”

“But thank God this erupted and people could see it well. That way it can be remedied,” he said.

“No nation can brag about never having a case of violence — it happens,” he said. “We must understand it, so it is not repeated — learn from history, right?”

In the interview, Pope Francis also spoke about the COVID-19 vaccine.

From an ethical point of view, he said, “I think everyone must take the vaccine; it’s the ethical option because you are playing with your health, life, but you also are playing with the lives of others.” 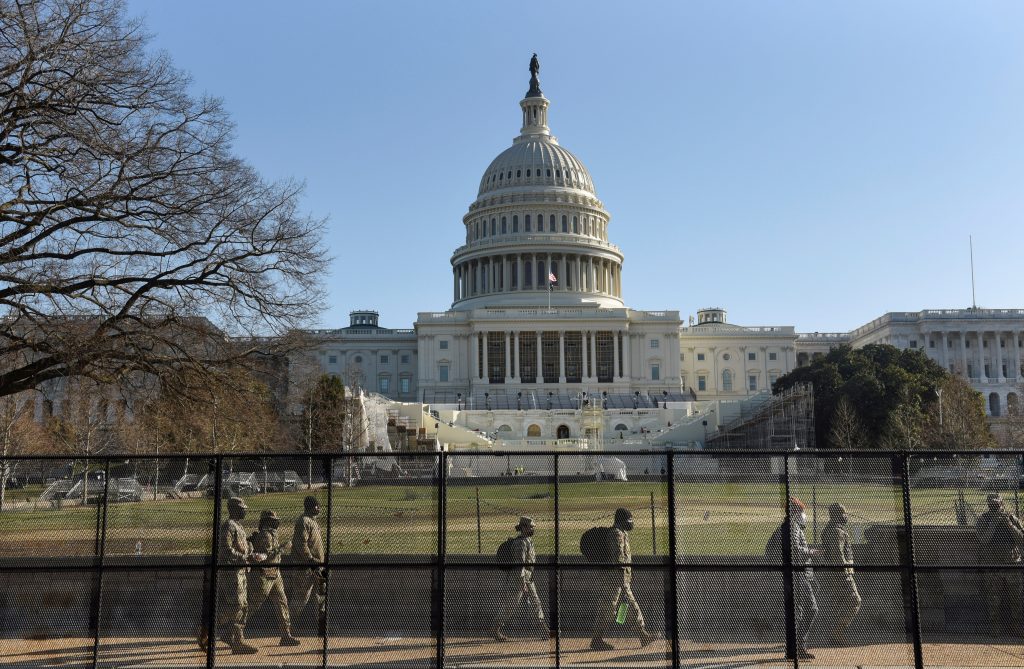 National Guard members walk behind a fence installed in front of the U.S. Capitol in Washington Jan. 7, 2021, one day after supporters of President Donald Trump breached the building. (CNS photo/Stephanie Keith, Reuters)

Sometime in the week beginning Jan. 11 the Vatican expects to begin vaccinating residents and employees who have asked to be vaccinated, “and I signed up; it must be done.”

Pope Francis recalled that when he was a child, polio was a real threat, “and many children were left paralyzed and people were desperate for a vaccine. When the vaccine came out, they gave it to you with a bit of sugar.”

“I don’t know why some people say, ‘No, the vaccine is dangerous,’ but if physicians present it to you as something that will do good, that doesn’t carry particular dangers, why not take it?” he said.

Pope Francis said he could not explain “suicidal denialism,” but “people must take the vaccine.”