MEXICO CITY (CNS) — With the Basilica of Our Lady of Guadalupe closed for her feast to prevent the spread of COVID-19, Pope Francis said Catholics still can receive a plenary indulgence Dec. 11 and 12 for their Marian devotion if they follow certain conditions.

Mexico City Cardinal Carlos Aguiar Retes’ letter announcing the indulgence was accompanied by the formal proclamation by Cardinal Mauro Piacenza, head of the Apostolic Penitentiary, the Vatican tribunal that deals with matters of conscience and with indulgences. 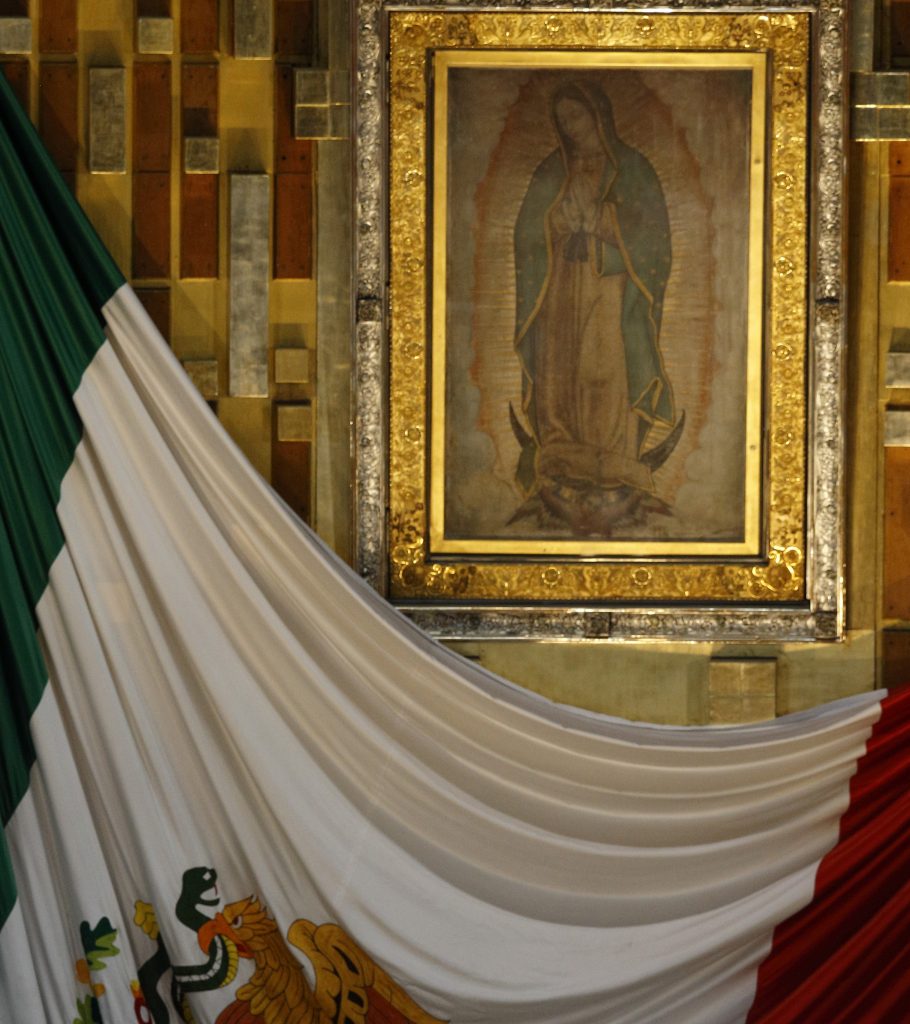 To receive an indulgence, a remission of the temporal punishment one deserves for one’s sins, the following conditions must be met. A person must:

— Prepare an altar or place of prayer to Our Lady of Guadalupe at home.

— Watch a livestream or televised Mass at the Basilica of Our Lady of Guadalupe in Mexico City Dec. 12, “actively participating … with devotion and with exclusive attention to the Eucharist.” It said Masses could be accessed at www.youtube.com/user/BasilicadeGuadalupe at midnight or 12 p.m. CST.

— Complete the usual conditions for an indulgence by praying for the pope’s intentions, being in a state of grace after confession, attending a full Mass and receiving Communion. The letter said the last three conditions “can be fulfilled when public health guidance allow.”

The indulgence would be for anyone in the world, but Cardinal Aguiar acknowledged that people in the United States and the Philippines have special devotions to Our Lady of Guadalupe, whose feast is Dec. 12. 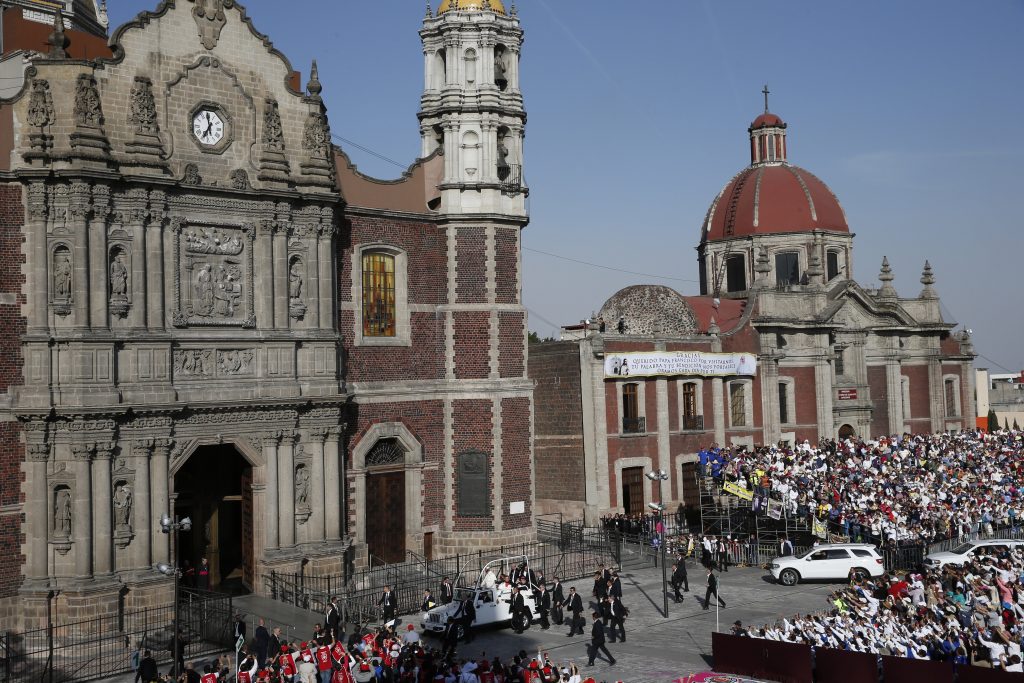 Pope Francis arrives to vest in the historic Basilica of Our Lady of Guadalupe, left, in Mexico City Feb. 13, 2016. Mexico’s bishops, the Mexico City government and other religious and civil authorities have announced the closure of the new basilica Dec. 10-13, 2020, due to COVID-19 concerns. Normally an estimated 8 million pilgrims visit the basilica for the Dec. 12 feast of the national patroness. (CNS photo/Paul Haring)

Mexico’s health secretariat reports more than 100,000 COVID-19 deaths — fourth most of any country — and the numbers are increasing.

The Archdiocese of Mexico City organized a virtual pilgrimage and asked people to submit photos with their intentions and share images of their home altars and small celebrations closer to home.

At the news conference announcing the closure, Archbishop Rogelio Cabrera López, president of the Mexican bishops’ conference, said, “We already know that the Virgin moves and moves to where her sons and daughters are, especially those who are grieving.”