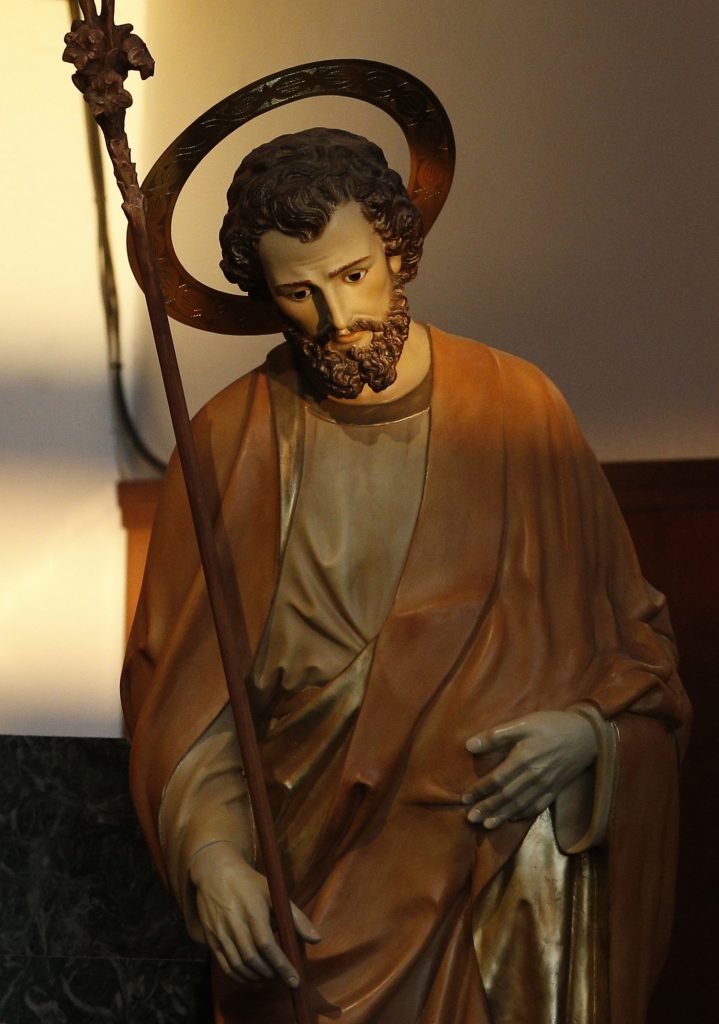 VATICAN CITY (CNS) — Marking the 150th anniversary of St. Joseph being declared patron of the universal Church, Pope Francis proclaimed a yearlong celebration dedicated to the foster father of Jesus.

In a Dec. 8 apostolic letter, “Patris Corde” (“With a father’s heart”), the pope said Christians can discover in St. Joseph, who often goes unnoticed, “an intercessor, a support and a guide in times of trouble.”

“St. Joseph reminds us that those who appear hidden or in the shadows can play an incomparable role in the history of salvation. A word of recognition and of gratitude is due to them all,” he said.

As Mary’s husband and guardian of the Son of God, St. Joseph turned “his human vocation to domestic love into a superhuman oblation of himself, his heart and all his abilities, a love placed at the service of the Messiah who was growing to maturity in his home.”

Despite being troubled at first by Mary’s pregnancy, he added, St. Joseph was obedient to God’s will “regardless of the hardship involved.”

“In every situation, Joseph declared his own ‘fiat,’ like those of Mary at the Annunciation and Jesus in the Garden of Gethsemane,” the pope said. “All this makes it clear that St. Joseph was called by God to serve the person and mission of Jesus directly through the exercise of his fatherhood and that, in this way, he cooperated in the fullness of time in the great mystery of salvation and is truly a minister of salvation.”

St. Joseph’s unconditional acceptance of Mary and his decision to protect her “good name, her dignity and her life” also serves as an example for men  today, the pope added.

“Today, in our world where psychological, verbal and physical violence toward women is so evident, Joseph appears as the figure of a respectful and sensitive man,” he wrote.

Pope Francis also highlighted St. Joseph’s “creative courage,” not only in finding a stable and making it a “welcoming home for the son of God (who came) into the world,” but also in protecting Christ from the threat posed by King Herod.

“The Holy Family had to face concrete problems like every other family, like so many of our migrant brothers and sisters who, today, too, risk their lives to escape misfortune and hunger. In this regard, I consider St. Joseph the special patron of all those forced to leave their native lands because of war, hatred, persecution and poverty,” the pope said. 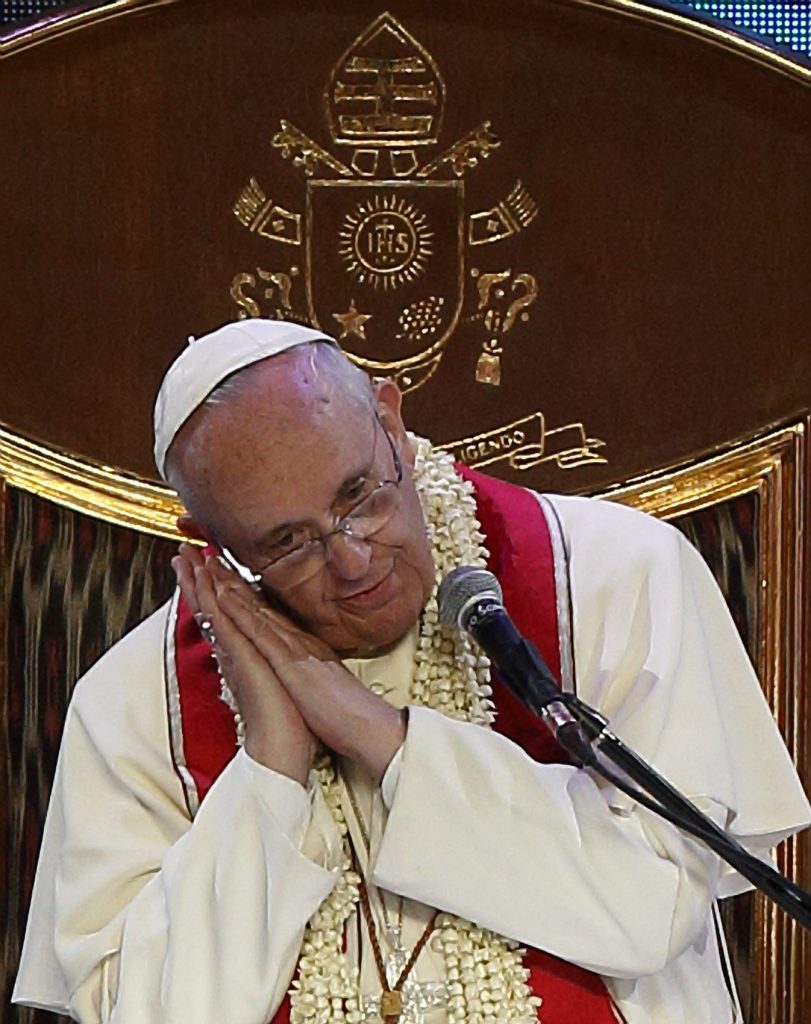 Pope Francis shows the sleeping posture of a statue of St. Joseph he keeps on his desk while giving a talk during a meeting with families in Manila, Philippines, in this Jan. 16, 2015, file photo. In a Dec. 8 apostolic letter, Pope Francis proclaimed a yearlong celebration dedicated to St. Joseph, foster father of Jesus. (CNS photo/Paul Haring)

As a carpenter who earned “an honest living to provide for his family,” Christ’s earthly guardian is also an example for both workers and those seeking employment and the right to a life of dignity for themselves and their families.

“In our own day, when employment has once more become a burning social issue, and unemployment at times reaches record levels even in nations that for decades have enjoyed a certain degree of prosperity, there is a renewed need to appreciate the importance of dignified work, of which St. Joseph is an exemplary patron,” he said.

The Apostolic Penitentiary, a Vatican tribunal that deals with matters of conscience, also issued a decree Dec. 8 stating that plenary indulgences will be granted to Catholics not only through prayer and penance, but also through acts of justice, charity and piety dedicated to the foster father of Jesus.

However, the decree also highlighted several ways to obtain the indulgence throughout the year, including to those who “meditate on the prayer of the ‘Our Father’ for at least 30 minutes or take part in a spiritual retreat of at least one day that includes a meditation on St. Joseph.”

As a “just man,” the document continued, who guarded “the intimate secret that lies at the bottom of the heart and soul,” St. Joseph practiced the virtue of justice in “full adherence to the divine law, which is the law of mercy.”

“Therefore, those who, following the example of St. Joseph, will perform a corporal or spiritual work of mercy, will also be able to obtain the gift of the plenary indulgence,” it said.

Indulgences will also be granted to families and engaged couples who recite the rosary together and thus imitate the “same climate of communion, love and prayer lived in the Holy Family. “

Other acts of devotion include entrusting one’s daily activities and prayers for dignified employment to St. Joseph, reciting the litany or any “legitimately approved” prayer to St. Joseph.

During this time of pandemic, the Apostolic Penitentiary also decreed that special indulgences will be granted to the elderly, the sick and all those who “for legitimate reasons are prevented from leaving their home” by “reciting an act of piety in honor of St. Joseph and committed to fulfilling the conditions as soon as possible.”