VATICAN CITY (CNS) — Pope Francis named six superiors of women’s religious orders, a consecrated laywoman and the superior of the De La Salle Christian Brothers to be full members of the Congregation for Institutes of Consecrated Life and Societies of Apostolic Life.

Previously, the members had all been men: cardinals, a few bishops and several priests who were superiors of large religious orders of men. 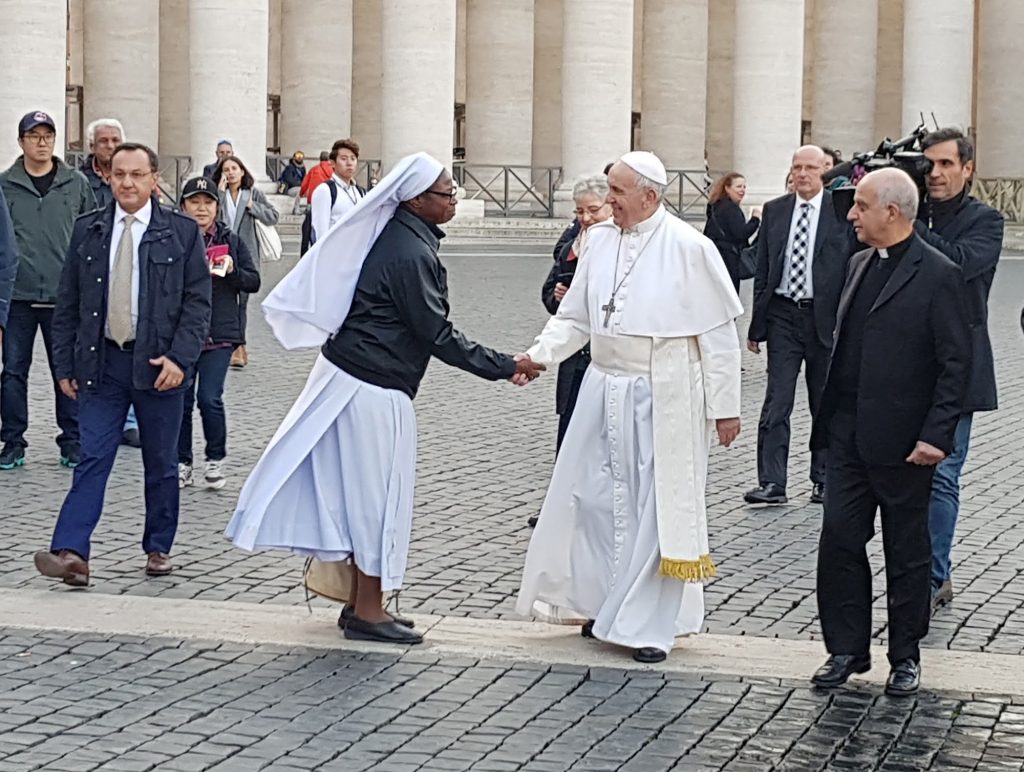 Brother Robert I. Schieler, the U.S.-born superior of the De La Salle Christian Brothers, also was named a full member of the congregation, along with the priests who are superiors general of the Jesuits, the Discalced Carmelites, the Augustinians, the Scalabrinians, the Capuchins and the abbot president of the Subiaco Cassinese Benedictine Congregation.

The new members announced by the Vatican also included five bishops and four cardinals: Cardinals Angelo De Donatis, papal vicar for Rome; Kevin J. Farrell, prefect of the Dicastery for Laity, the Family and Life; Luis Ladaria Ferrer, prefect of the Congregation for the Doctrine of the Faith; and Ricardo Blazquez Perez of Valladolid, Spain.