“I would like to ask all of you for a special prayer for emeritus Pope Benedict,” Pope Francis said at the end of his weekly general audience on Dec. 28.

The 95-year-old retired pope “is sustaining the church in silence,” Pope Francis said. “Remember him. He is very sick.”

“Ask the Lord to console him and sustain him in his witness of love for the church until the very end,” Pope Francis said.

Matteo Bruni, Director of the Vatican Press Office, told reporters that Pope Francis went to Pope Benedict’s residence after the audience to visit him. 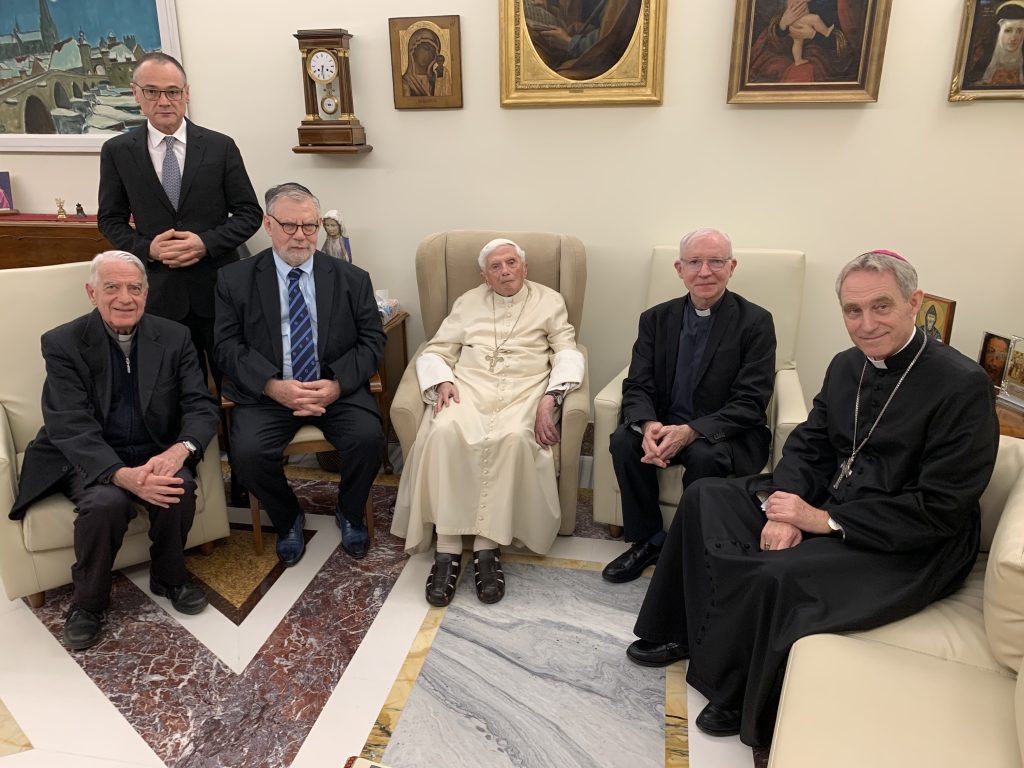 “I can confirm that in the last few hours there has been a worsening (of Pope Benedict’s health) due to advancing age,” Bruni said. “The situation at the moment remains under control, constantly followed by doctors.”

On Feb. 11, 2013, Pope Benedict announced that he would retire effective Feb. 28 that year. He spent the first several months of his retirement at the papal summer villa in Castel Gandolfo before moving into the Mater Ecclesiae Monastery in the Vatican Gardens where he has lived since.

The retired pope has looked increasingly frail, but as recently as Dec. 1, the foundation that promotes his theological work released photos of him meeting with the two winners of the Ratzinger Prize. He also met in August at the monastery with Pope Francis and the new cardinals the pope had just created.