As the fifth anniversary of his apostolic exhortation “Amoris Laetitia” approaches, Pope Francis announced that the Catholic Church will dedicate more than a year to focusing on the family and conjugal love.

During his Sunday Angelus address Dec. 27, the pope commemorated the feast of the Holy Family and said that it served as a reminder “of the example of evangelizing with the family” as highlighted in his exhortation.

Beginning March 19, he said, the year of reflection on “Amoris Laetitia” will be an opportunity “to focus more closely on the contents of the document.”

“I invite everyone to take part in the initiatives that will be promoted during the year and that will be coordinated by the Dicastery for Laity, the Family and Life,” he added. “Let us entrust this journey, with families all over the world, to the Holy Family of Nazareth, in particular to St. Joseph, the devoted spouse and father.”

According to the dicastery’s website, the “Amoris Laetitia Family” year “aims to reach every family around the world through several spiritual, pastoral and cultural proposals that can be implemented within parishes, dioceses, universities, ecclesial movements and family associations.” 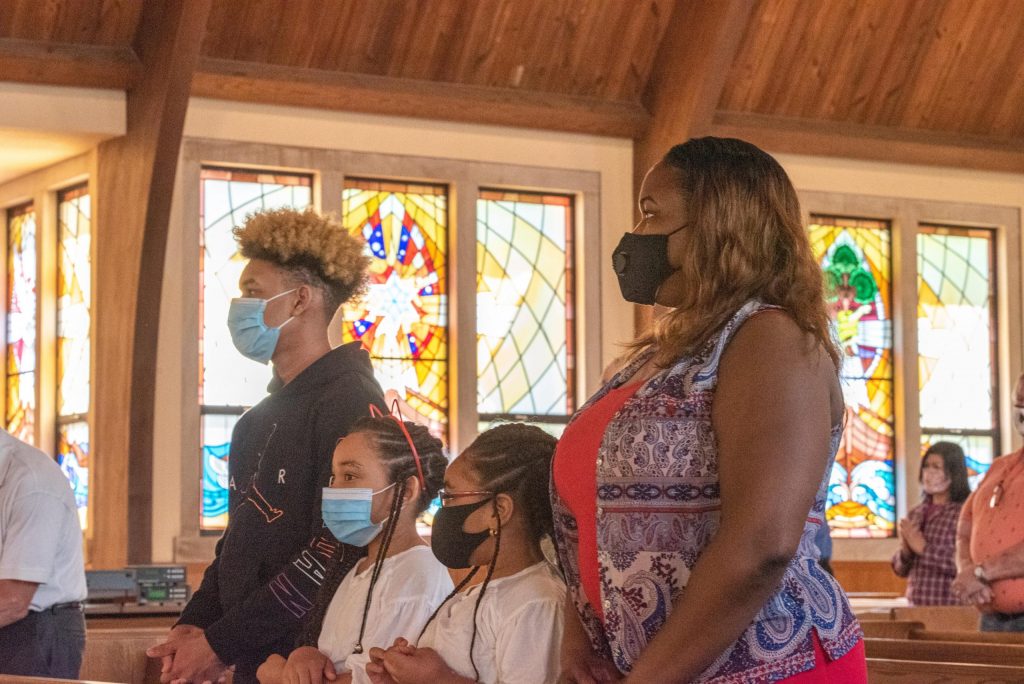 The dicastery said that the goals of the celebration include sharing the contents of the apostolic exhortation more widely, proclaiming the gift of the sacrament of marriage and enabling families to “become active agents of the family apostolate.”

The “Amoris Laetitia Family” year will include forums, symposiums, video projects and catechesis as well as providing resources for family spirituality, pastoral formation and marriage preparation.

The commemoration will conclude June 26, 2022, “on the occasion of the World Meeting of Families in Rome,” the dicastery said.

In his Angelus talk, the pope said that the Holy Family is a model in which “all families of the world can find their sure point of reference and sure inspiration.”

Through them, he said, “we are called to rediscover the educational value of the family unit; it must be founded on the love that always regenerates relationships, opening up horizons of hope.”

Families can experience sincere communion when they live in prayer, when forgiveness prevails over discord and “when the daily harshness of life is softened by mutual tenderness and serene adherence to God’s will,” he added.

“I would like to say something to you: If you quarrel within the family, do not end the day without making peace,” the pope said. “And do you know why? Because cold war, day after day, is extremely dangerous. It does not help.”

Pope Francis also reflected on the theme of forgiveness during his Angelus address on the feast of St. Stephen Dec. 26.

Recalling St. Stephen’s martyrdom, the pope said that although it may seem that his death was in vain, among those who witnessed and consented to his stoning was St. Paul, who eventually became “the greatest missionary in history.”

St. Stephen’s example “was the seed” of St. Paul’s conversion, he said. “This is the proof that loving actions change history: even the ones that are small, hidden, every day.”

Christians, he added, can become witnesses of Christ through their everyday actions, “even just by fleeing the shadow of gossip” or refusing to speak ill of others.

“When an argument starts at home, instead of trying to win it, let’s try to diffuse it,” and forgive one another, Pope Francis said. Small efforts and gestures, he said, “change history because they open the door, they open the window to Jesus’s light.”